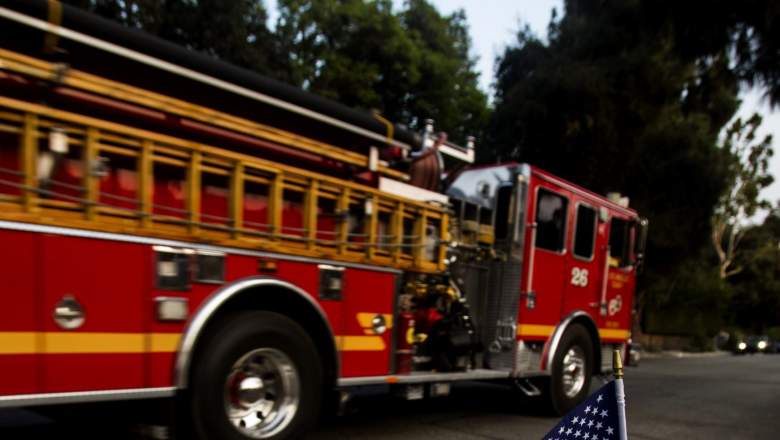 A Hallmark star was seriously injured in a car accident after crashing into a house on Friday, setting the house and her car on fire. Anne Heche was reportedly hospitalized in critical condition after driving down a residential street before the accident, multiple sources reported.

TMZ shared photos from the scene, including a video showing Heche accelerating. CBS’ Rachel Kim also shared a video in the tweet below showing the car speeding down a residential street.

TMZ reported that Heche was in two accidents with her car and was speeding before the second accident that took her to the hospital. Heche was driving a blue Mini Cooper when she crashed into a house, catching both her car and the house on fire. The two-story home was badly damaged in the crash, KVUE reported.

The crash occurred in the Mar Vista neighborhood of Los Angeles.

Firefighters rescued her from her car and she was in critical condition, Fox 11 reported. You can see video of what her car looked like after the accident in the tweet below shared by CBSLARachel:

She “apparently suffered severe burns in the fire,” TMZ reported Friday, noting that she “was intubated but is expected to live.”

A Los Angeles Police Department spokesman told Deadline, “The vehicle was traveling east on Preston Way at high speed, entered the T-intersection at Preston Way and Walgrove Ave, went off the road and collided with the apartment building in the 1700 block of Walgrove… The vehicle burst into flames and the driver was taken to a local hospital by LAFD.”

It took 59 firefighters 65 minutes to put out the fire at the home, Deadline reported. According to NBC Los Angeles, the homeowner was in the backyard when the accident happened and was not injured.

Deadline also reported that Fox 11’s Stu Mandel, who was covering the accident live as firefighters were pulling the car out of the house, commented, “If anyone lives in there, it’s going to be a miracle.” Then Heche was seen walking him tried to get off the stretcher and Mandel was shocked.

She has also acted in a number of Hallmark films. In 2005, she starred opposite Tate Donovan in Silver Bells.

In 2016, she starred alongside Dylan Neal in Looks Like Christmas.