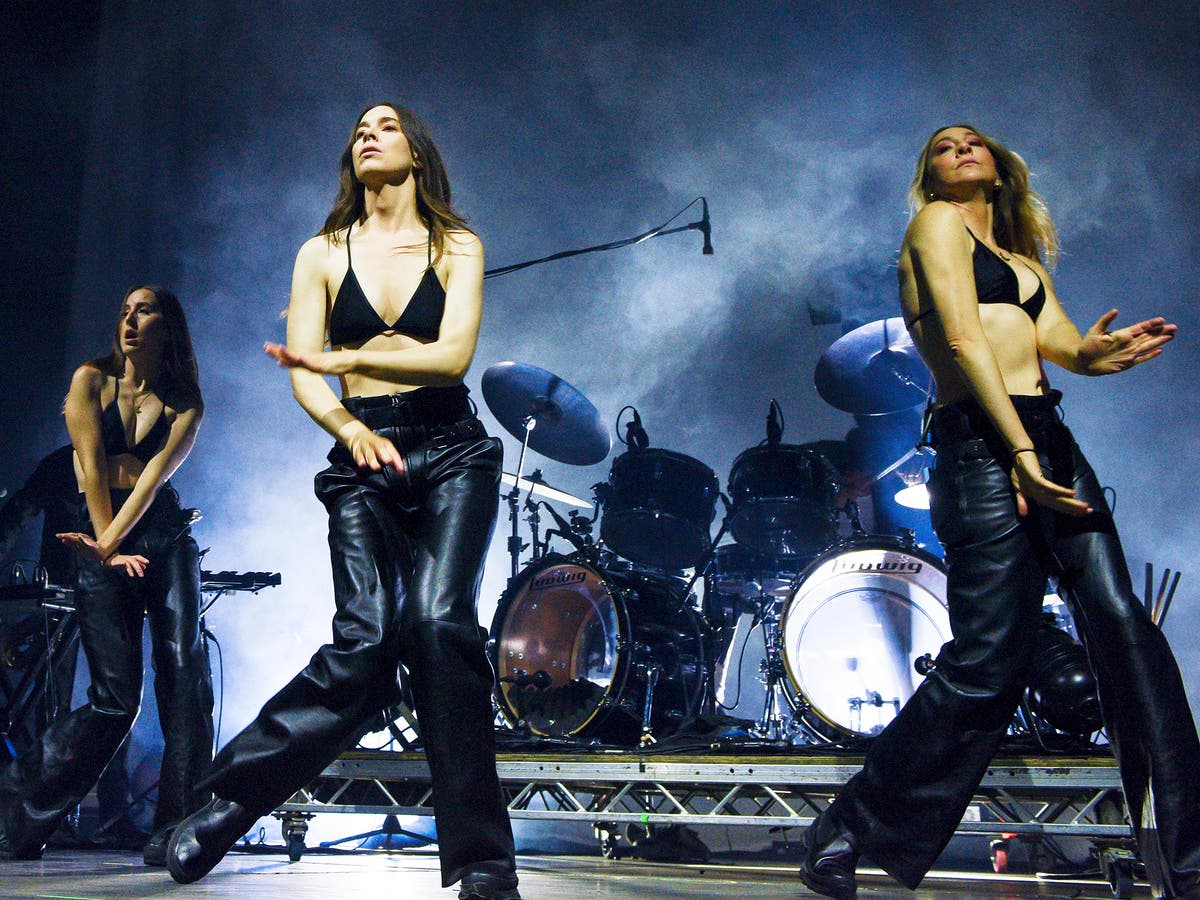 The biggest rock stars are teenagers forever. Iggy Pop? Behind those wrinkles lurks the boundless energy of a high schooler. The Rolling Stones? A youthful garage band with killer melodies. Debbie Harry. Stevie Nicks. Bruce Springsteen. All are older, wiser than they used to be, but still have the wide-eyed panache of when they were 15 and dreaming of one day maybe having the coolest job imaginable. Haim, the Californian trio of sister musicians, are also firmly attached to this respected lineage.

As they break into a choreographed dance routine at London’s O2 Arena during the final stop of their European tour, they circle the playground with the endearing disorganization of children. They chide each other for discussing magic mushrooms in front of their parents, who have traveled from the US to watch. When they announce surprise guest Taylor Swift, a mid-performance cameo that creates a screech in the audience so loud it could probably be heard from space, they scream with the manic breathlessness of superfans. After the pop giant leaves, they gather at the center of the stage, three women who are just as impressed by what just happened as any viewers. “Well that was freaking cool,” says Alana, the youngest sister, dryly. Same, girl, same.

The climax of the show is marked by feelings of gratitude. Alana, middle sister Danielle and eldest sister Este remember when they last played at the O2 a decade ago as a support act for Florence and the Machine. “Do you think we’re ever going to make headlines here?” Alana recalls asking her siblings. The story serves as a decent demonstration of not only the band’s arguably underrated industry power — four Grammy nods; three albums of resilient, genre-bending brilliance; Nicks as Mentor and Swift as Beast; a Golden Globe nomination for Alana’s performance in Paul Thomas Anderson’s 2022 film Liquorice Pizza – but how quickly they accumulated it.

Witness her Godzilla-sized stage presence, and it’s hardly surprising. Dressed in matching black bras and loose faux leather pants, they don’t so much walk the stage as roam around. They are great movers. A wobble. A high kick. A tit grab. Her hair seems to change depending on her mood. It’s lengthy for a ballad. It sweeps from side to side like a supermodel at an up-tempo. It’s something to hide behind during a bittersweet rendition of “Hallelujah” about Alana’s late best friend Sammi Kane Kraft, who died in 2012.

Their stage banter is gently rivalry when it comes to which sister laughs the most, provides the longest anecdote, elicits the loudest cheers. Este initially seems to win over a story about a man – presumably fictional – whom she has tied up in Nando’s bathroom in Cardiff, which devolves into a rendition of the salacious butt number ‘3 AM’. But then Danielle morphs into Patti Smith in a stripped-down solo version of “Man from the Magazine,” about a demeaning, sexualized interaction with a male journalist when the band was just starting out. “You don’t know how it feels to be the c***,” she snaps. The crowd screams in pumped defiance.

Swift’s performance understandably prompts the biggest fuss of the night — it’s all everyone seems to be talking about as they exit the arena — and mixing her sultry “Gasoline” and immortal “Love Story” is brilliant indeed. But it’s a bonus prize for an already sensational night. Haim is maybe the best rock band in the world right now.