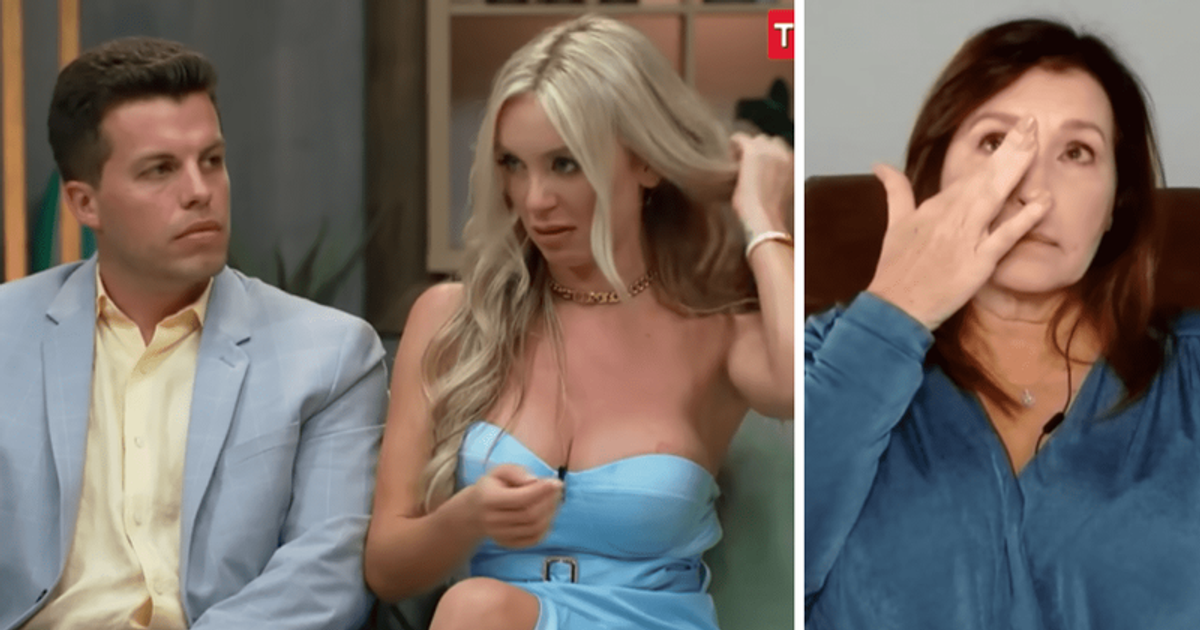 NEW YORK CITY, NEW YORK: During the final tell-all episode of 90 Day Fiance: Happily Ever After? Season 7, Yara Zaya sobs as she tells Jovi Dufren that she’s not ready for child #2 is. Viewers at home, meanwhile, didn’t hold back in criticizing the couple, who accused Jovi’s mother, Mrs Gwen, of not supporting her with her two-year-old daughter Mylah.

Yara said on the January 22 episode of ’90 Day Fiance: Happily Ever After?’ that she doesn’t want to have another child with Jovi. In February 2020, the Ukrainian married Jovi from Louisiana. Yara’s journey on the K-1 visa was shown in Season 8 of 90 Day Fiance when she was initially homesick due to Jovi’s work keeping him away for months and how different the United States was from her city. Before the wedding, Yara became pregnant with her first child, Mylah. Because of this, Yara thought that Jovi would never be ready to be a husband or even a father.

’90 Day Fiancé: Happily Ever After?’ Season 7: Yara feels like it’s “the worst time to have kids” when Jovi suggests expanding the family

With Jovi’s work and Yara starting her own two companies in America, she is left with only Jovi’s mother, Gwen, to take care of her child. However, the season finale Tell-All addressed the issue of Gwen not supporting Yara with Mylah for several weeks, leading to a falling out between Jovi and Gwen. “We’re not that dependent. We are dependent when we need help and Mrs Gwen is there for me when I call her,” Yara cried in the episode. “I work and sometimes I need fucking help, and I’m human. It’s over too much,” she added.

“I don’t want anyone to think that I’m dependent, want to go, my daughter, dependent on my daughter, no,” Yara said through tears. “But I work, so sometimes I need my time and that’s it. So I don’t want to have another baby because I’m not ready,” she sobbed to ’90 Day Fiance’ host Shaun Robinson.

The focus then shifts to Gwen, who previously had an argument with her son and daughter-in-law after not helping Mylah for several weeks. While Gwen considers the incident “unnecessary,” Jovi admits that “there was a period of six to eight weeks where she wasn’t waking up and it bothered us.”

“You’re 32 years old,” replies his mother. “We’ve never had such extreme disagreements … Jovi yelled at me while I sat and listened in awe.”

Calling out the couple to urge Gwen to look after their daughter, one fan wrote on Twitter: “How ’bout Yara not buy another $3,000 purse and get a nanny for half a day, so she can “work,” you know, like normal people.” Another person asked, “Yara as a single mom? She leans on Miss Gwen as a married woman, how could she survive as a single mom?” While defending Jovi’s mom , one person wrote: “Mrs. Gwen is not a nanny. Yara is not up to the task of being a mother. Her only priorities are her looks.” that Mylah is HER daughter and NO ONE, including Ms. Gwen, is obligated to take care of the baby.”

Another viewer opined, “Yara just wants a life in the nanny while she goes and does what she wants smh.” On the other hand, a viewer brought the European plot into the play when they mentioned, “Is that Isn’t that why Yara wanted to stay in Europe so her mom could take care of Myla?” Some fans weren’t exactly pleased when Andrei and Libby were asked to comment on Jovi and Yara’s parenting skills: “Wait, you’re asking Libby and Andrei, if Jovi and Yara rely too much on others? Didn’t they hire a nanny?” A sad prediction from fans read, “If it weren’t for Mylah, Jovi and Yara would be divorced by now!”

Although this season has officially ended, a new season of 90 Day Fiance: The Other Way will premiere on TLC on January 29 at 8:00 p.m. ET.