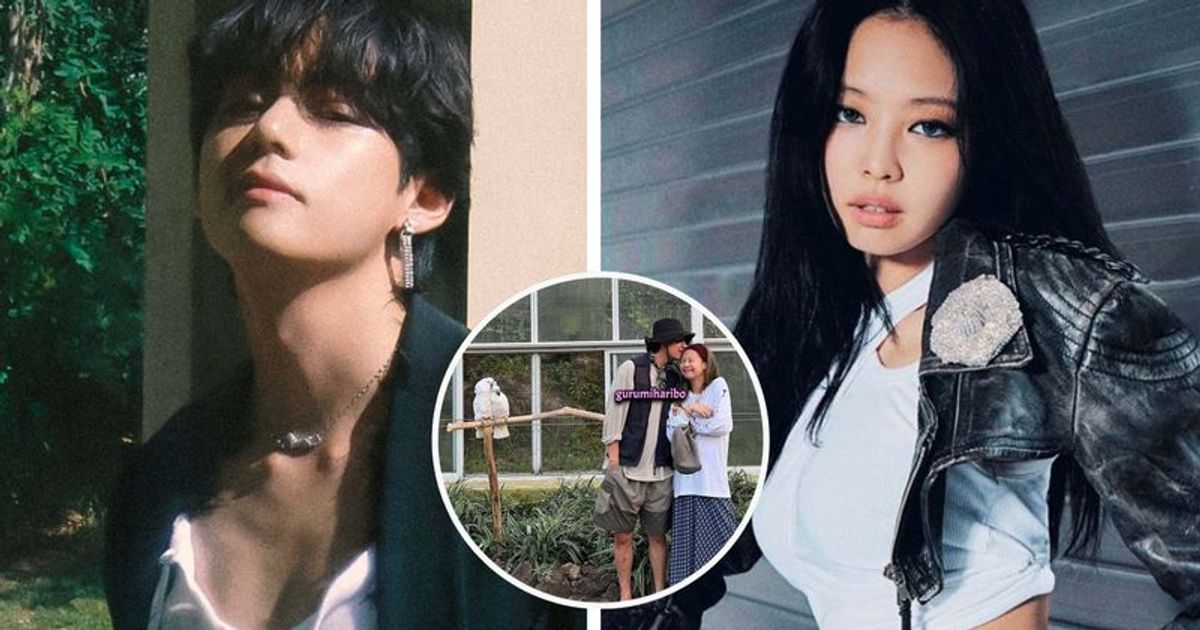 Fans are starting to believe the allegedly leaked photos featuring Blackpink’s Jennie and BTS V, as new photos show the two as a couple

SEOUL, SOUTH KOREA: Most of 2022 has now been engulfed in speculation of a relationship between BTS V (Kim Taehyung) and Blackpink’s Jennie, but now the rumors appear to be true after all. Twitter user @gurumiharibo has been in hot water with ARMYS and Blinks (fans of BTS and Blackpink) since they posted alleged photos of V-Jennie.

During this time, it was rumored that Jennie’s iCloud account was hacked and that the hacker (allegedly @rattailbot on Instagram) leaked the photos online. Since Jennie and V’s original solo photos have never been seen before, fans’ initial claims about the edited images were soon dismissed. In the photos posted by @gurumiharibo, one of the members’ faces was either obscured or blurred. However, the user has now returned with more alleged “leaks” in which the two idols engage in couple behavior and fans are starting to believe them.

New clear photos of V-Jennie cause chaos among fans

When the Twitter user started posting “leaked” photos of the two idols, a BTS fan investigated @gurumiharibo to reveal that the user was someone who edited photos of famous celebrities for the right price. After that, both BTS and Blackpink fans reported the account which was eventually banned. However, the user took to Telegram, another social networking platform, to tell his minions that they will be making a comeback with more leaks.

Seems they’ve done just that now on September 16th, @gurumiharibo posted a series of photos with Blackpink Jennie and BTS V, allegedly together as a couple on Jeju Island, the location where the V Jennie rumor has it finally began. The newly leaked photos appear to be “couple photos” that BTS V and Blackpink Jennie allegedly took on their journey. The photos show an alleged V kissing Jennie on the forehead to mimic two birds next to them.

The second photo shows the two idols allegedly posing in front of a Buddha statue, while @gurumiharibo also posted more solo shots of the BTS and Blackpink members in identical outfits to the couple photos. Regarding the new rumours, HYBE/Big Hit Music have yet to make a public statement while YG Entertainment still has no update other than their old statement in which they didn’t accept or deny anything.

Fans are slowly starting to trust the photos, as one fan said, “I’m starting to believe it…” Another fan said, “What Gurumi Haribo is doing is a gross invasion of privacy but it’s actually embarrassing , seeing people denying that Jennie and Taehyung are dating. They are but it’s none of our damn business.” Another replied, “The worst thing is their privacy has already been leaked. There’s nothing left to deny here just support and leave them alone.” Another fan asked, “What’s wrong with Jennie’s clothes, Jennie usually looks fashionable, mix and match clothes. Sorry, that’s not Jennie, I mean her clothes look bad here.”

One fan replied: “You know these idols are different in real life right? The “persona” they show to the public as an idol is different than they do in real life ministry. Off duty they’re just your normal joe and jane in sweats. One fan decides to trust the photos, saying: “But I’m not hurting anyone. I’ve seen the photos and think they make a cute couple, what’s wrong with that? i will believe it I’m not forcing anyone to believe it. I told them not to believe it if they don’t want to.” Another fan said, “I just saw these pics of Tae and Jennie even though they’re cute and if they’re real it sucks, that the images leaked like that.”