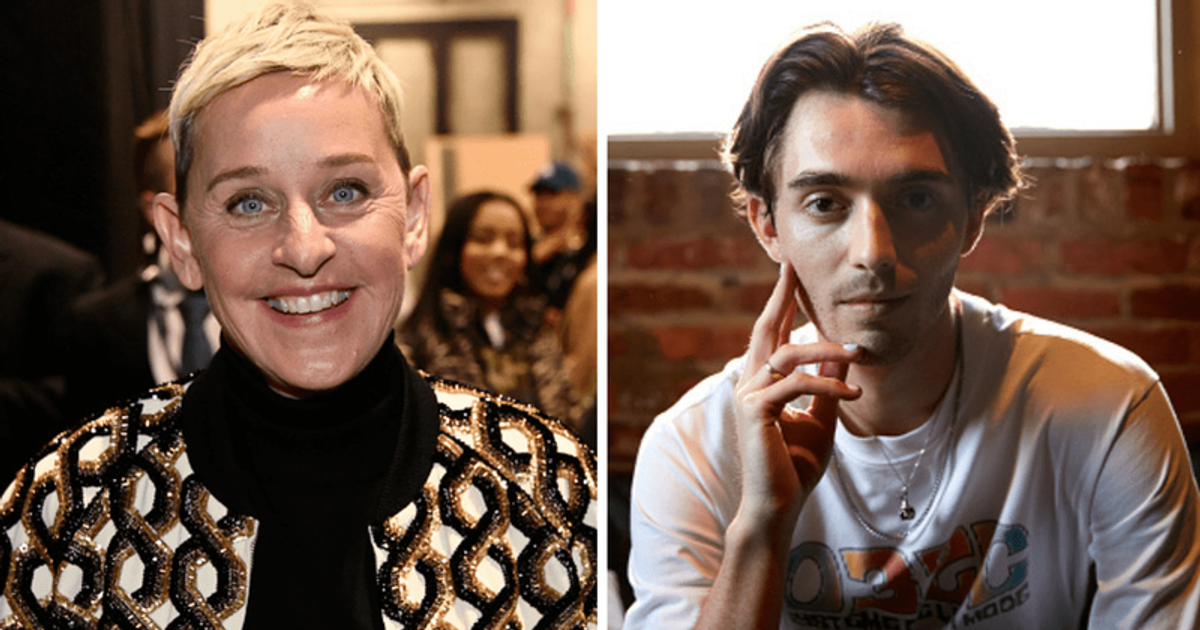 “She would come in and look at a boner, yell at stylists, berate people in front of me,” Greyson Chance said of Ellen Degeneres

Speaking to the Rolling Stones, Chance said: “I haven’t spoken to her in years. That’s so messed up that you’re showing the world now like we’re so tight, we’re so good. And after the scenes, you’re this insanely manipulative person.”

BURBANK, CALIFORNIA: Popular singer and former protégé of Ellen Degeneres, Greyson Chance lashed out at the TV personality in a recent interview. He claimed she was an “insanely manipulative person” and would often demean her staff on the show.

Chance recalled becoming part of The Ellen DeGeneres Show at age 12, when a viral video of him performing Lady Gaga’s “paparazzi” in front of his schoolmates landed him on DeGeneres’ now-defunct talk show in May 2010. Explaining how she would demean her staff, Chance said, “She would come in and look at a frame, yell at stylists, berate people in front of me and say, ‘This is what you wear on the show,’ she just was demeaning to people.”

When the two first met, DeGeneres had said to him, “I will protect you. I will be there for you. We’ll get through this together.” The ‘Shut Up’ singer said while he admits DeGeneres helped him in the early days of his career, he doesn’t owe her anything for his upcoming album. “In the first part of my career I owe her and this team a lot, but the reason I’m here today talking about an album I don’t fucking owe her because I was the one who had to pull me up. She was nowhere to be found.” Praising Lady Gaga, Chance said, “She was there for me in a way Ellen never was.”

The singer confessed that they both spoofed on screens several times. “When I look at the interviews and look myself in the eye, I can see so much fear. I can just see so much PTSD because I’m holding on there for dear life and I’m like, ‘I need that TV gig.’ I faked it 100 percent, and [I felt like] you [was] 100 percent fake it with me too.” “Whenever I came on the show, it was such a fake smile. She wouldn’t even ask, “How are you? How are you?’ It was just like, ‘Here’s what we’re going to talk about. I’ll see you there,” he said. However, on stage, DeGeneres said things like, “I’m just so proud of you.”

The singer went on to claim that when his album and ticket sales plummeted in 2012, DeGeneres “completely walked away” and “abandoned him.” He added that he tried to get in touch with her but it was all to no avail. Though they dropped out, Chance made regular appearances on the show and understood the positive impact it could have on his career. He still described the set as “a site of active trauma”.

Recalling an appearance on the show in 2019 where DeGeneres “hugs” him during sound check, Chance told Rolling Stone, “Later she asked, ‘How are you?'” And that killed me inside, ‘Cause I was like, ‘What are you mean, how the fuck was I? Where have you been?”

Chance further claimed that in October 2010, as he released an expanded mini-play and his touring schedule became more demanding, DeGeneres “became domineering and way too controlling.” He also said: “My whole week, my whole month, my whole year could change [with] a text from her. That was awful,” he claimed, adding that he quickly learned that DeGeneres’ opinions were the only ones that mattered.”

The former host wanted him to watch Justin Bieber’s documentary Never Say Never Never because she wanted him to replicate his career as the mega-hit pop star. When Chance wasn’t primarily watching movies, DeGeneres called his mother, Lisa, and yelled at her. She said on the phone, “What kind of mom are you? Disappointment isn’t remotely what I’m feeling right now.” At that moment, Chance said he felt, “OK, I’m a pawn in your game.”

On the other hand, a source close to Degeneres told PageSix the TV host has done everything for the young musician and realized that sometimes careers just don’t take off. The insider also explained that Chance didn’t make any complaints before or immediately after appearing on the show in 2019. They also claimed that it was “convenient” that he got around with these allegations around the time of the release of his latest album, Palladium.