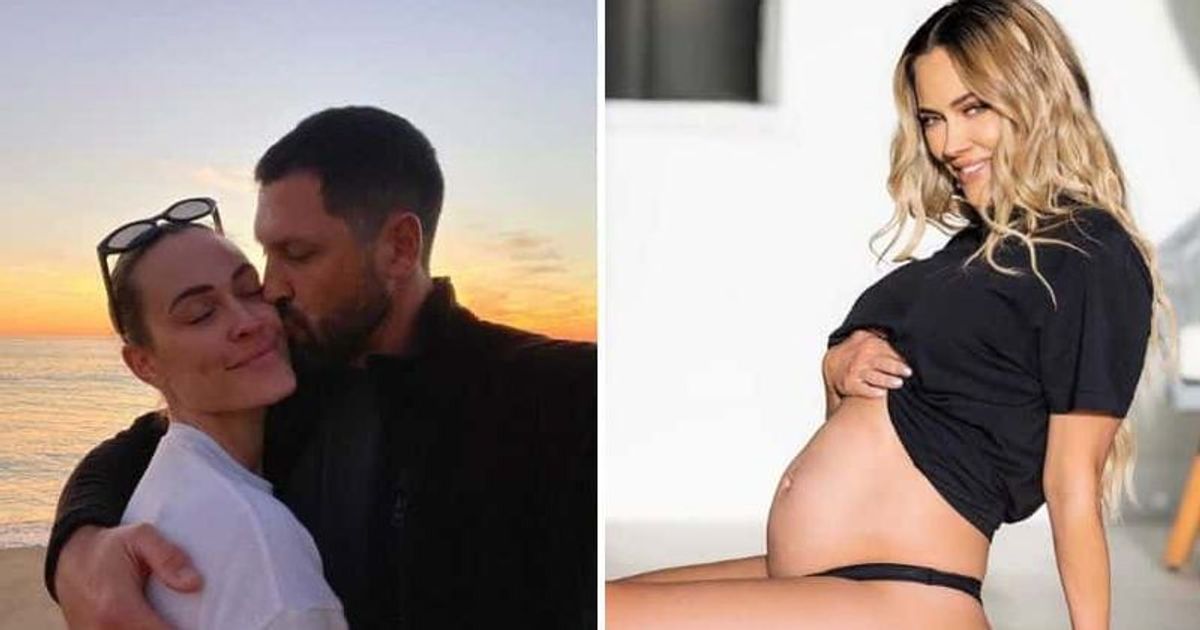 MALIBU, CALIFORNIA: Peta Murgatroyd and Maksim Chmerkovskiy are expecting their second baby after multiple miscarriages. The ‘Dancing With the Stars’ graduate, 36, who has been really open about her fertility journey, announced the pregnancy news on Instagram on Friday January 13 with the post, “We’ve got a healthy bun in the oven”. The couple welcomed their first child, now six-year-old Shai, in July 2017.

The caption continued, “It gives me great pleasure to finally announce that @maksimc and I are expecting our Chmerkovskiy #2,” she captioned photos of her growing baby bump. “After 2 years of constant struggle and heartache, 3 miscarriages and a failed embryo transfer… we have a healthy bun in the oven :)) It came as a shock to all of us and we found out just before I went on my second IVF round. She also thanked her fans, followers and everyone who was a part of her pregnancy journey in the caption.

In a June 2022 interview, while speaking candidly about her struggle with infertility, the New Zealand-born ballroom dancer also revealed that her son Shai frequently asked about a sibling. “Some days it was a lot,” she admitted to the time. “Very emotional because I didn’t know what to say to him anymore. I told him the first two times, but I kept it vague. I didn’t make it into that whole, ‘Oh my god, we’re having a baby,’ thing. I just said, ‘Be careful with mom’s tummy. She’s got a baby in there,'” according to People.

The couple went on to reveal that Peta experienced her first miscarriage in a Whole Foods bathroom in 2020. “I was sitting in the bathroom sobbing,” the Australian recalled to People. “That was something that will probably stay with me for the rest of my life, being alone in that toilet, knowing what’s happening and not being able to stop it.” Peta continued by sharing two more Describing miscarriages, saying she felt “ashamed” and “embarrassed” at the time. Maksim said he was “really upset” at the losses. “I never thought two healthy, athletic people could be in such a predicament,” he told the magazine. “It’s a lot to process.” However, after consulting a fertility expert, the couple felt “hope and positivity.”

To begin the IVF procedure, Peta underwent egg extraction that same month. She had polycystic ovary syndrome. “We retrieved 40 eggs 😱 from 27 follicles,” she told her Instagram followers in June 2022. “One nurse said it was the highest number she’d seen 🤣 Fingers crossed everyone that some little Chmerkovskiy up.” we’ll be waiting soon!”

The choreographer was in the “final phase” of the process in July 2022. “There should be – fingers crossed – pregnancy pretty soon,” Murgatroyd told Entertainment Tonight at the time. “This is the path for us.” The following month, she admitted in an emotional Instagram video that the method had failed. “This too shall pass,” she captioned the August 2022 video she shared.

Maksim, 42, also opened up about the couple’s journey, bringing his family to E! News in October 2022: “We still want a family that’s bigger than us.” “We’ll still continue our attempts and we’ll see what happens, regardless of the fact that we’ll have a larger family, be it.” through adoption or whatever that may be.” He then emphasized, “It’s not over for us yet.” Peta and Maksim will welcome their new bundle of joy in June.