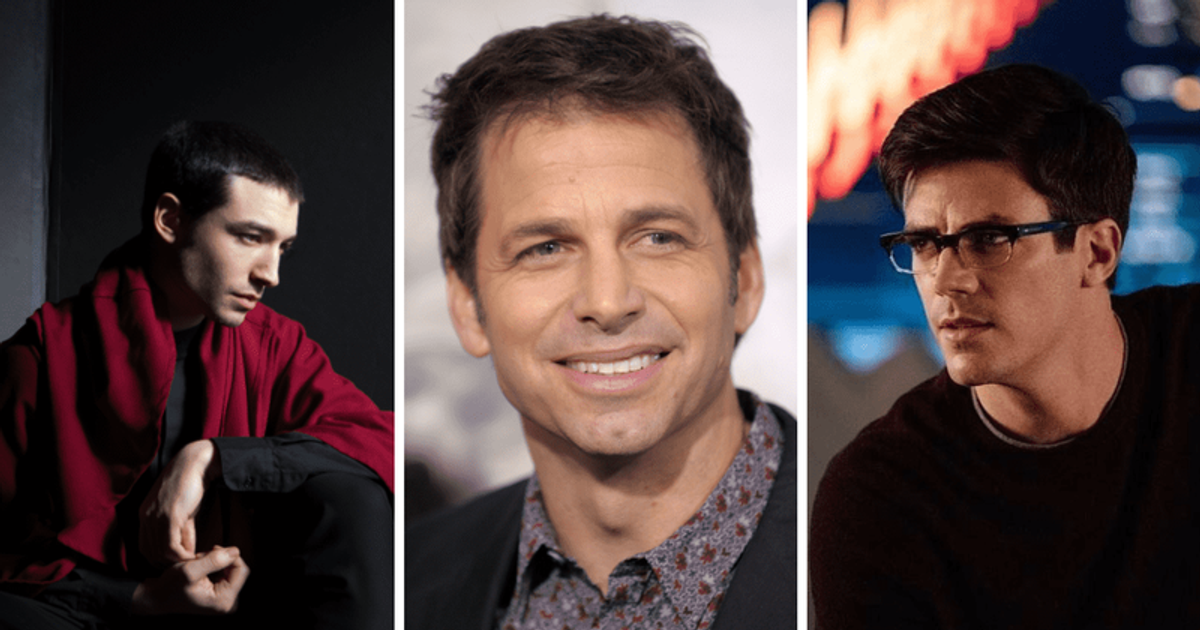 As the DC Extended Universe faces back-to-back problems in the wake of Ezra Miller’s slip-up, the internet has increased pressure on WB Studios to oust him. But there’s a reason it won’t happen.

One of the most anticipated DC movies was The Flash, starring Ezra Miller. Especially since the film, which ended shooting in 2021, has been pushed back to June 2023 due to global restrictions. Given DC Films’ track record of delivering financial blockbusters, the early indication that The Flash could be a crowd pleaser is not just a relief, it’s a must for box office success. However, due to Miller’s recent activities, some fans are no longer as enthusiastic.

Who are Ezra Miller’s parents? Allegations against actors are piling up, but no one seems to know where he is!

Will Ezra Miller’s role be replaced in the DC projects?

Initially, the non-binary actor seemed perfectly suited to the role. Miller’s performance as a teenage superhero in Zack Snyder’s Justice League won fans over immediately. Not only that, but having a non-binary and queer actor playing a key superhero seemed like a huge step forward for DC’s superhero universe. Still, Miller seems to have lost all of his goodwill over the past few months. According to Variety, Miller has been arrested multiple times for various offenses, including traffic violations, harassment, and disorderly conduct. These developments have fueled speculation about Miller’s future in The Flash.

DC – and its parent company Warner Bros. – are now producing some of the biggest and most expensive films, so having such a controversial actor at the center of one of their movies can be a big deal. Some are speculating whether Miller will be replaced, as other controversial cast members have done in recent years. While any star could be considered for a recast, Grant Gustin is the most obvious choice. While replacing Ezra Miller as the Flash with Grant Gustin seems like a wonderful idea, a deeper investigation by Zack Snyder reveals why having Grant Gustin portray Barry Allen would be a deal-breaker. Following Ezra Miller’s recent run-in with the law, fans of the CW show are urging the actor to take over. Zack Snyder, on the other hand, believes it will be a mistake.

“Batman v. Superman: Dawn of Justice director Zack Snyder reckons that lightning will strike twice when he throws his bolt. Despite actor Grant Gustin’s success as “The Flash” in his CW series, Snyder told the Daily News that bringing him into Warner Bros.’s burgeoning DC Comics film world would never be possible. Instead, Ezra Miller was cast as the fast-moving superhero in the movies, so fans will have to get used to seeing two different guys in red spandex.

Godfather of the DC Extended Universe, Zack Snyder was Ezra Miller’s film debut as the Flash. Miller’s Barry Allen carried Snyder’s vision on his shoulders. Miller played the Scarlet Speedster in Zack Snyder’s Justice League. But he feels that Grant Gustin’s Flash could never do what Miller’s Flash can. And his rationale is simple. According to Zack Snyder, The CW’s Flash has a lighter, more humorous tone than DCEU Flash. As the series progresses and more DCEU movies starring Flash are announced, the stories will get darker and grittier, as is usual for DC.

According to Zack Snyder, many viewers won’t like having an actor play a darker version of the same character if they’re known for playing a more light-hearted version. Grant Gustin’s Flash doesn’t belong in a universe with a physique as dark and terrifying as the DCEU.

The whole goal of Flashpoint, as the focus of the Flash movie, is to show multiple versions of the same people in a single frame. This not only strengthens the storyline, but also ensures excellent fan service. Half the reason we all go to the movies is to see Michael Keaton and Ben Affleck portray different versions of the same character – Batman. The presence of an actor who has previously played the eponymous hero in a separate reality (one that doesn’t even officially admit the DCEU exists in any way) raises a red flag. Alternate universes help define the DSC multiverse idea. Instead of portraying Ezra Miller’s Flash, Grant Gustin could play the Arrowverse Flash and cross paths with DCEU’s Flash. This path makes more sense from an action and long-term perspective.

Variety reports that with production complete and Miller’s Barry Allen starring in nearly every scene, a replacement would be both time-consuming and expensive. The film is apparently already overpriced and replacing Miller could result in the production failing to recoup its costs. Gustin may be too busy with the CW program to follow in Miller’s footsteps. Additionally, despite Miller’s issues, the film was fairly well received in test screenings, suggesting that Miller’s cast won’t have much of an impact on the film’s critical response.

Grant Gustin is an amazing Flash who has delighted fans of the Arrowverse for almost a decade. But it only thrives because it’s well written and fits the character. He has already faced his own Flashpoint, a completed story. For the persona to portray the Flash after wearing the same suit on smaller screens for 8 years would be difficult for many fans to comprehend. Also, Zack Snyder is right. When you think about it, DC fans’ justification for wanting to force the DCEU to fire Ezra Miller and replace him with Grant Gustin as the new Flash is illogical.