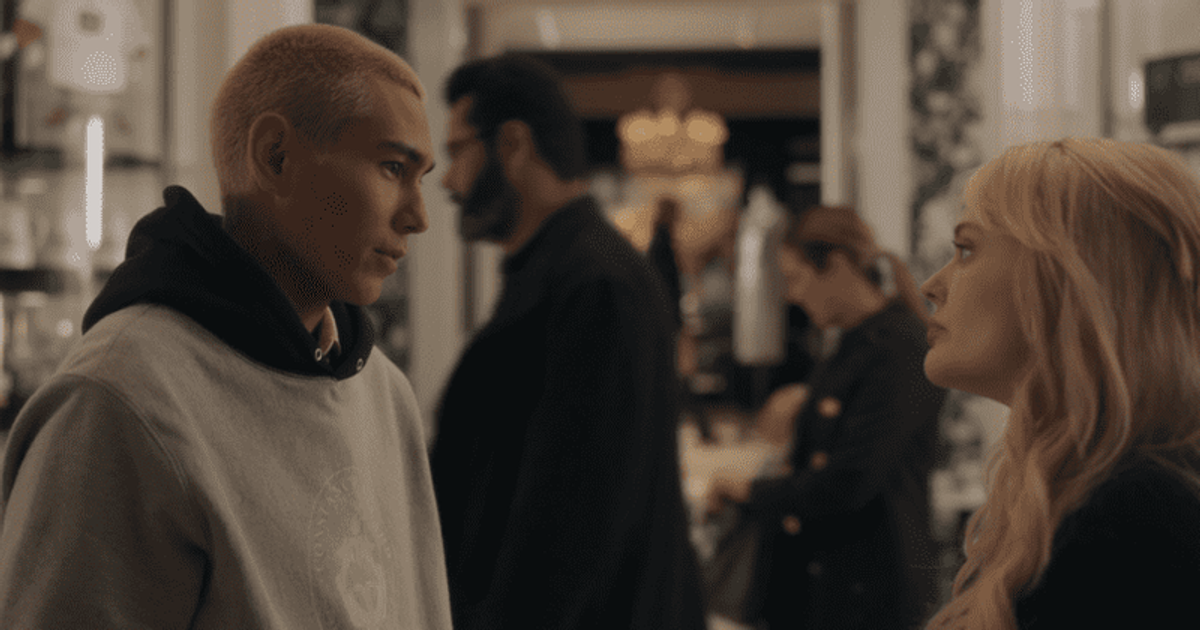 ‘Gossip Girl’ just debuted its second installment and was full of drama right away! Set 8 years after the original series, the show was received with love and aired 6 episodes in the first half of the year.

“Gossip Girl” restart: Who is Jordan Alexander? That’s why the actress shaved her head

Thanksgiving was celebrated at the premiere of the second part of ‘Gossip Girl’. The seventh episode started on a sexy note as Julien (Jordan Alexander), Audrey (Emily Alyn Lind), Aki (Evan Mock) and Max (Thomas Doherty) recall their sexual adventures. The midseason finale left us with Obie (Eli Brown) and Julien sharing a kiss, with the premiere confirming that they slept together. The unfinished business between the lovers resulted in Zoya (Whitney Peak) being injured and denouncing her half-sister. Max can see some interesting developments as he unexpectedly develops feelings after having a threesome with Aki and Audrey. In the meantime, the two experimenters have come to the conclusion that an open relationship is simply not for them. Max doesn’t like to see this and we can assume that his emotions boil up and cause trouble.

Julien, the queen bee at Constance Billard, sees most of the actions because her father is charged with sexual assault as she also finds incriminating texts. Looks like this daddy’s girl doesn’t like him anymore. The show addressed the important issue of sexual assault and how survivors are afraid to speak up. This also led Zoya and Julien to put their differences with Zoya aside and look out for her sister, who had slept with her boyfriend.

Kate (Tavi Gevinson), the original creator of the Gossip Girl account, also saw an impact on having a heart and caring for the students. Her group of teachers throws her out and takes over the account, also blocking her on Instagram. Looks like Gossip Girl just slipped out of her hands. The ninth episode ends with Julien being falsely portrayed as trying to silence the victim who wants to speak out against her father.

The new episodes of the second installation did not disappoint and successfully integrated real themes into an otherwise superficial teen drama. From sexual assault to the “boys become boys” concept to gaslighting and the power men have in society, a lot was covered in three episodes. The show also had personalities like Lea Michele and Ellen artistically named when it came to scandals, while in appropriate settings they also played songs by Taylor Swift, Dua Lipa and Olivia Rodrigo which was fun. A solid start that promises more drama and themes, the premiere of the second part of ‘Gossip Girl’ will satisfy you.