Goodbye Gan Gan: Prince George and Princess Charlotte walk behind the Queen’s coffin at the funeral 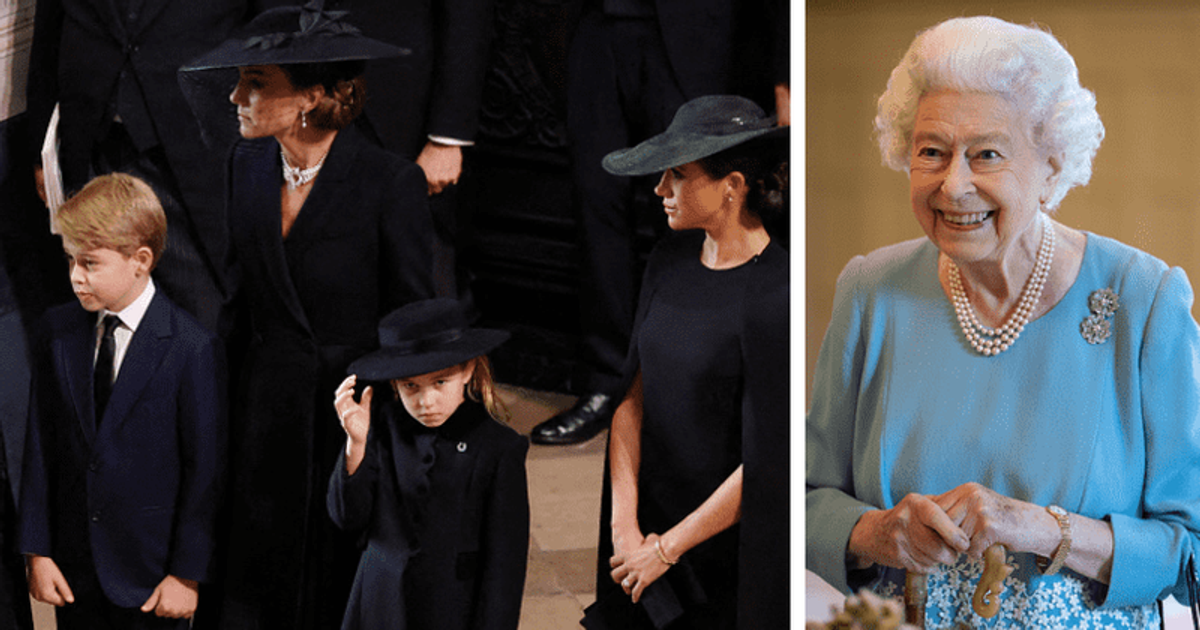 Prince George is said to be very close to the late Queen, who even celebrated her 9th birthday

LONDON, UNITED KINGDOM: Prince George and Princess Charlotte were seen for the first time since the Queen’s death as they arrived for her funeral on Monday September 19. George, 9, second in line to the throne, was joined by his younger sister Charlotte, 7, and their parents, the Prince and Princess of Wales, William and Catherine as they walked to Westminster Abbey with the coffin.

According to The Mirror, the Queen’s coffin was uncovered four days before the funeral. Thousands turned out to catch one last glimpse of the longest-reigning monarch, who died at her residence in Balmoral on Thursday September 8.

The Queen’s children were followed by William, Kate and their two children, followed by Prince Harry and Meghan Markle, Peter Phillips and the Earl of Snowdon, and the Duke of Kent, the Duke of Gloucester and Prince Michael of Kent.

Charlotte and George joined other royals for the communion service at St George’s Chapel in Windsor. The pair previously attended a memorial service for their great-grandfather, Prince Philip, who died in April 2021. However, they did not go to his funeral due to Covid restrictions across the UK.

According to the outlet, Geroge is younger than his father and uncle Harry, who attended the official coffin procession for their mother, Princess Diana. William and Harry were 15 and 12 years old respectively at the time.

Despite national mourning, William and Kate continued to send their children to school. Her youngest Prince Louis, who is four years old, did not attend as he is too young. According to the DailyMail, an insider said: “The courtiers are dying for Prince George to be present at the funeral in any way, if only to convince the nation of the order of succession.”

The outlet also reported Kate said George “understood the loss” of his great-grandmother, whom he called “Gan Gan,” as she met mourners in Sandringham on September 15. He reportedly had a close relationship with his great-grandmother. The Queen also celebrated her ninth birthday in July by sharing a picture of them together on the balcony of Buckingham Palace over the anniversary weekend. The Queen’s official Twitter page featured the post, which read: “Wishing Prince George a happy 9th birthday!” along with a cake emoji.

Since the Queen passed away, William and Kate’s children have not been seen in public as their parents met with mourners and other dignitaries.