“Give up,” say Biden Harris supporters after rumors of a crack with a hug at WH. were put aside 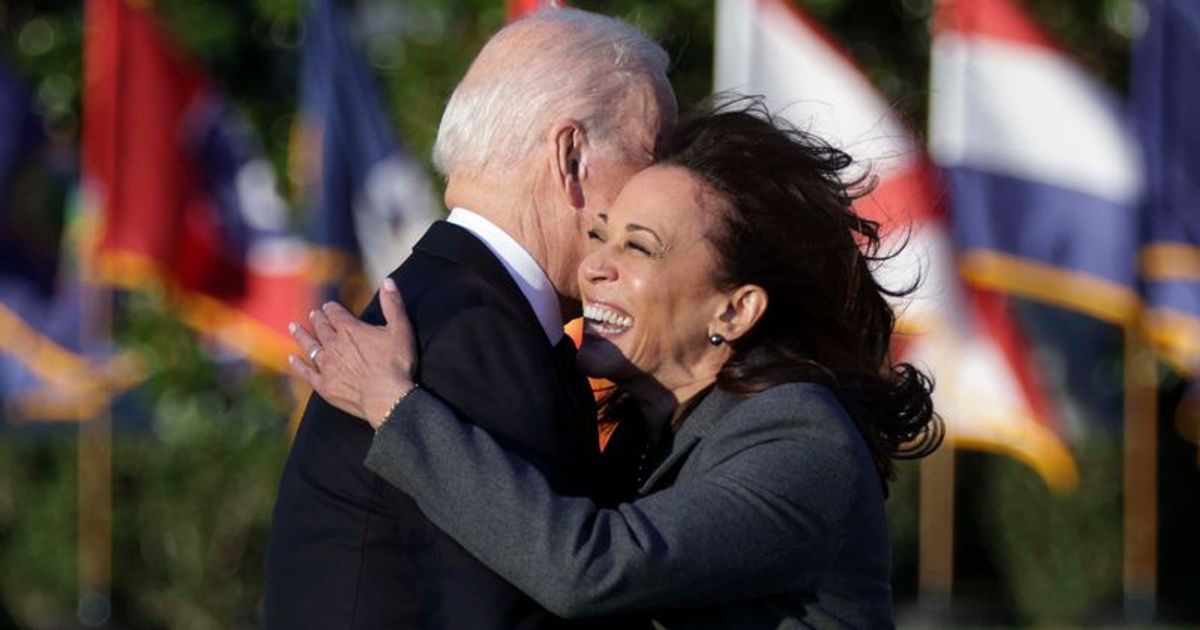 Supporters stand behind the president and VP after the duo hugged after Biden signed the infrastructure bill, with some slamming CNN over the malfunction report

On November 13, CNN reported that the nation was facing a leadership crisis due to power struggles between Vice President Kamala Harris and President Joe Biden. Just over 24 hours later, the duo shared a smile and a hug over White House law when Biden signed the infrastructure bill, almost as if the moment were a carefully choreographed rebuke to CNN history.

The vice president and president both faced successive crises amid falling polls and democratic power struggles over the president’s agenda. Harris has also subtly dug at Biden in the past, claiming she was “overworked” while reportedly privately slapping her assigned responsibilities. For his part, Harris has rarely been seen with Harris in recent months, and Harris even called several world leaders in his absence.

Biden, Harris have set up a united front

The CNN report noted that Harris was frustrated with the way she was sidelined and that Biden reportedly kept her in the dark about important decisions. Overall, it printed a pretty bad story about the situation in the White House, adding to the already mounting problems for the Democratic Party. However, the signing of the bill on November 14 seemed like a stage to change that narrative, with both the POTUS and VP sharing a stage after a while.

At the signing, Harris commended Biden, saying, “Here’s what I know, Mr. President, you are an equal believer and a builder. And because you are, we are all better off. On behalf of our nation, thank you, Mr. President. “Biden also referred to Harris several times in his speech. But it wasn’t just words, the duo were caught in a warm hug and laughed when they finally made it to the controversial one Bringing bill over the line.

As they headed to the stage across South Lawn, the duo reportedly had a hand on each other’s shoulders as well, but that camaraderie vanished as soon as they reached. The ceremony itself was not without its flaws. The announcer seemed to skip Harris’ name and instead announced political activist Heather Kurtenbach as the next speaker while the VP was on stage. “In a moment,” Harris quipped in response.

While it is likely due to the announcer’s slip, this moment shows how bad things are supposed to be in the administration. But it was quickly forgotten by social media ravaging Biden and Harris’ hug.

One user responded to the photo: “For those who try to put a wedge between POTUS and TP, give up. That doesn’t happen. Their relationship is based on mutual respect.” Another slammed CNN: “@CNN does this look like a broken relationship to you? Sorry about you.” Another said, “Such an inspiring photo. This is how I feel about our great leadership @POTUS and @VP. I’m excited about this legislation and the BBB is finally becoming a reality.”

However, many others called out the moment to appear wrong. One person tweeted, “This is sooooooo plastic,” while another commented, “What a deed.” One user commented, “They are soooo loving as a couple … Grifters have to stay united in their Grift until the end – right @KamalaHarris and @JoeBiden?”

Whether or not you believe the hug was real is a matter of perspective, but the timing, less than a day after the CNN reveal, is certainly questionable. But for now, at least, it looks like Biden will stand by his vice president, which could be crucial given the upcoming 2022 midterm elections.