‘Gimme a Wig’: Demi Moore won’t cut her hair for any role like she did for GI Jane 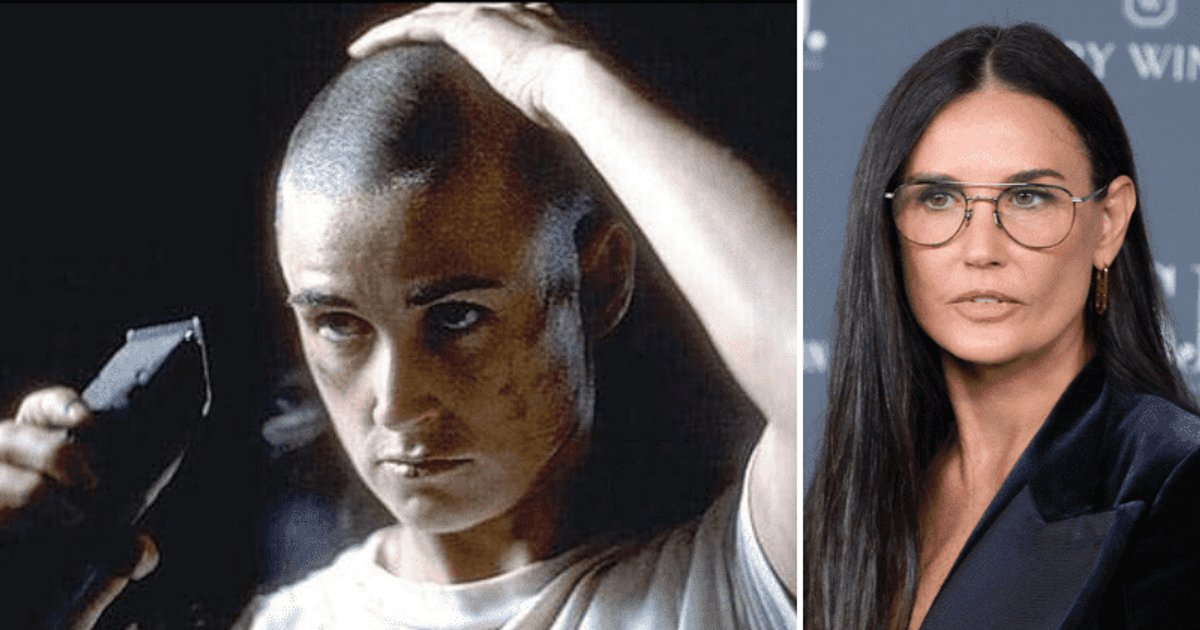 Demi, while speaking to People, said she “would have a hard time” cutting off her long locks if it was required for a role like this today and would prefer a wig.

Demi has nothing left to prove

The ‘Indecent Proposal’ actress said: “I think now that I’m older…I don’t have to prove anything. So if they really need my hair different, they can give me a wig,” adding that “it’s not too clear how it would grow back either!”

Demi believes that she has done every experiment on her hair. She said: “I’ve done everything with my hair. i shaved it I colored it. I had a bob. When I’m not working, I try to do as little with it as possible. It’s stressful when someone touches it.”

Meanwhile, Demi breaks beauty standards and chooses to wear her hair down to her hips. Demi said: “I remember hearing someone say that as women get older they shouldn’t have long hair. And something about that stuck with me.”

Demi pulled off the buzzcut look with flying colors for her role in ‘GI Jane’, but the actresses certainly won’t do it again. Demi said: “Who says that? It made me feel, well, if it can grow and it’s not unhealthy, then why shouldn’t we? I’m not comfortable with rules that don’t seem to have any real meaning or justification.”

Demi’s hair was the focus of her new campaign – Demi Moore x Andie swimwear collection, which includes bikinis and one-pieces. Demi also raises her voice about assumptions about what aging women want through the collection.

Demi said that women “don’t want to look matronly or feel sexy or desirable. That was really something in my own mind that changes this notion that as we age we become less desirable.”

It looks like Demi is passing that same body positivity onto her daughters as the mother-of-three posed for Andie for a family-themed swimsuit shoot. Demi’s daughters Rumer, 33, Scout, 31, and Tallulah, 28, also joined their mother.

Demi is hoping for a change

Demi was last seen in the Michael Bay-produced pandemic thriller Songbird alongside Craig Robinson, Paul Walter Hauser and Peter Stormare. Demi played Piper Griffin, the matriarch of a powerful family “who will stop at nothing to protect her family and her way of life.”

Demi also plays the title role in Amazon’s drama series Dirty Diana, based on the podcast of the same name. Demi also serves as producer to screenwriter Shana Feste.