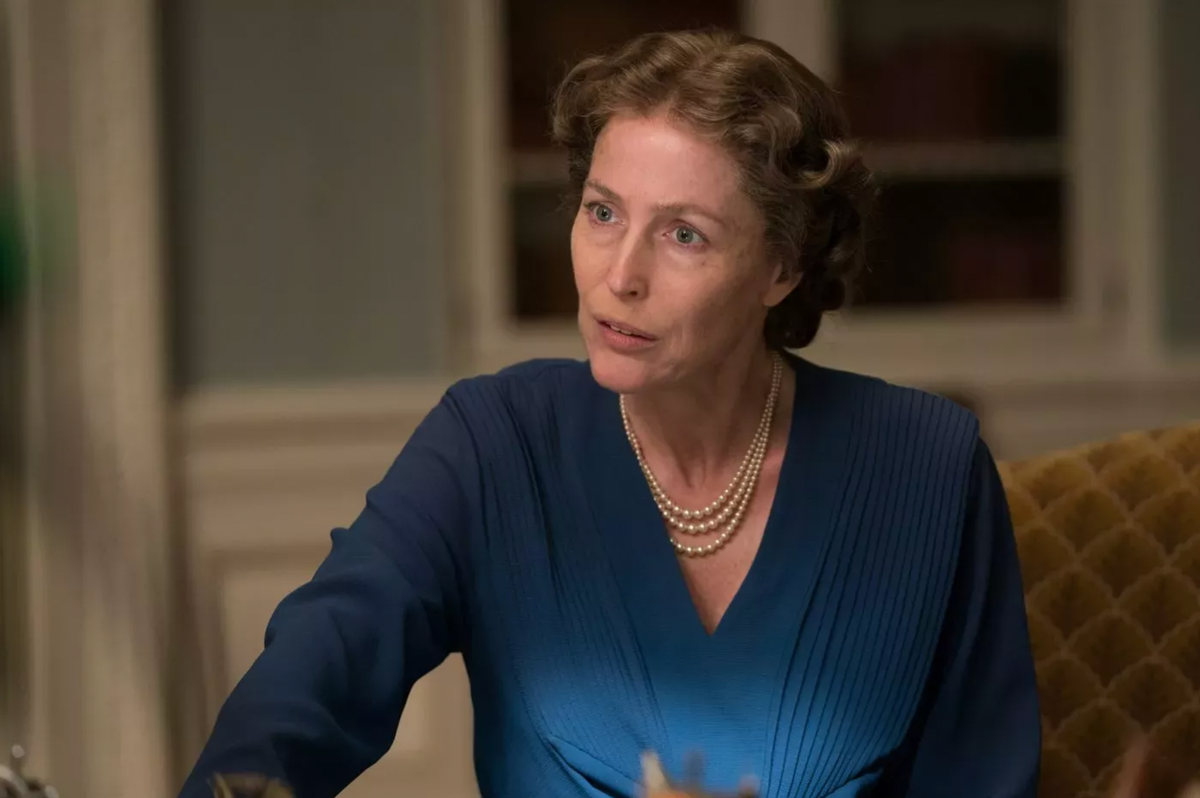 The First Lady of the United States is a high-profile title, but not a political one. No duties are assigned to the post, the size usually changes to match the ambitions of the woman who holds it. When the extremely dry new Paramount+ drama The First Lady sheds light on how generally First Ladies find it difficult to navigate the plasticity of the role. The current Flotus Dr. Jill Biden – who teaches at community college – is the first wife of the president to hold a job outside the White House, while Michelle Obama famously championed a campaign to end childhood obesity while her successor, Melania Trump, has maintained more privacy.

in the The First Lady, this malleability works against our trio of leads more often than for them. Writer Aaron Cooley’s 10 episodes intertwine the stories of three First Ladies: Eleanor Roosevelt, whose husband took office in 1933; Betty Ford, whose unelected husband took over the presidency after Richard Nixon’s shameful resignation in 1974; and Michelle Obama, who became America’s first black first lady in 2009.

The show celebrates these women, but it’s not strict around them, a distinction made clear by Cooley’s chosen starting points. We meet Eleanor, played by Gillian Anderson with conspicuously false teeth, in 1921 when her husband FDR contracted polio, the disease that eventually confined the aspiring politician to a wheelchair. Eleanor is forced to become his advisor and champion.

We meet Betty — an attractive, sluggish Michelle Pfeiffer — in 1973, the day Congressman Gerald Ford is asked to step in as Nixon’s vice president and ruin Betty’s dreams of moving to Palm Springs. And the story of Michelle, played by Viola Davis, picks up just as Barack’s intelligence detail extends to his home and family during his 2007 presidential campaign. On this show, the stories of these women begin as their husbands rise to fame overwhelming the hopes they had for themselves.

This doesn’t go against the program’s progressive ambitions to push women back to the sidelines of history — it even manages to bring a feminist glamor to Betty, the homemaker and wife of former Republican President Ford. But Betty, Eleanor and Michelle never have the agency usually reserved for main characters. The shapes of their lives, however happy and successful they may be, are always constrained by their partners. In difficult moments, they choose family duty — an honorable decision that almost always looks like inaction when played back for TV.

But the structural problems don’t end there. The interweaving of the three narratives occurs almost haphazardly, with the stories only broadly converging, such as the responsibility of all three First Ladies to decorate the east wing. Sometimes they are connected by coincidences that border on the silly. Betty, too frail at 90 to attend Obama’s inauguration, sends Michelle a message that coincidentally arrives when Rahm Emmanuel, her husband’s “pit bull” adviser, is trying to curtail Michelle’s involvement in the White House. “The job will find you,” writes Betty. In a later episode, Michelle advocates gay marriage when Eleanor shows her journalist lover Lorena Hickok (Lily Rabe) the secret passage to her bedroom.

Ultimately, the most difficult thing is to indulge in the Obama story. OT Fagbenle (The story of the maid) as Barack and Davis as Michelle deliver rehearsed, if overdone, imitations. Sometimes I felt like I was watching Saturday night live Sketch. The Roosevelts, on the other hand, feel torn by a ponderous historical drama.

I would have preferred to have seen a series about Betty Ford that existed in a historical sweet spot that was neither too recent to actual memory nor caught on screen too often. Of the three first ladies, Pfeiffer’s Betty is the best known, stumbling over her words and struggling with indecision. These may not be qualities America wants in a presidential spouse, but here they feel like the difference between humanizing a first lady and simply mythologizing the sense of duty and decorum it takes to be one.