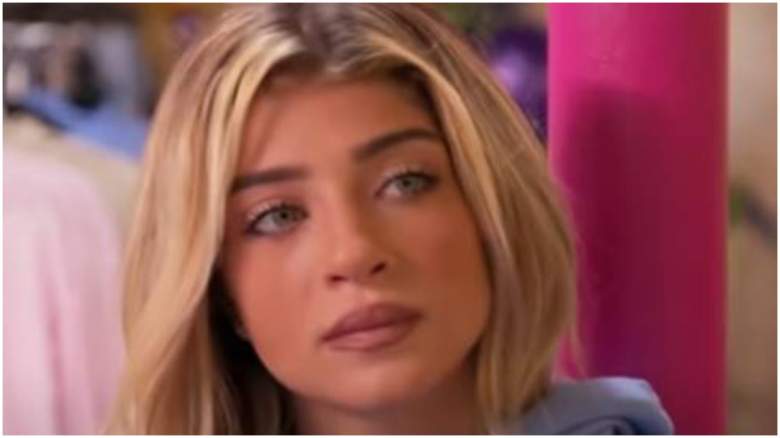 Gia Giudice shared sad news with her fans on Instagram. The eldest daughter of “Real Housewives of New Jersey” star Teresa Giudice has announced that her great-grandmother has passed away.

“I love you nonna,” Gia captioned a photo. “Rest easy my love,” she wrote on another.

The 21-year-old also captioned a photo of her extended family, “So blessed to see your great-grandchildren.” “You are in heaven with the best now, give everyone kisses for me,” she captioned another photo.

On her Instagram Story, Gia also shared a photo from the funeral with the caption, “I love you Nonna.”

He captioned an Instagram photo of his late Nonna, “Just lost my grandmother 87 and uncle Pasquale 94 in one day on a very sad night.” He also shared several photos of him with his grandmother, including one from his wedding anniversary . “Forever in our hearts,” he captioned another photo.

“Dad I love you so much ❤ she loved you so much,” Gia wrote in the comments section of her dad’s post.

An obituary for Giuseppina Sandu published by NorthJersey.com revealed that she was born in Sala Consilina, Italy and lived in Paterson, NJ before her death. She was the mother of Nick Granata, Dimitru Sandu, Filomena Giudice, Enza Petrazzuolo, Anna Latona and Domenica Scarnaty. Sandu leaves behind 19 grandchildren and 24 great-grandchildren.

In 2014, RHONJ fans caught sight of Joe Giudice’s grandmother as he and then-wife Teresa celebrated an 80th birthday for them. The Giudice patriarch also gave a heartfelt speech about his family, which Gia burst into tears after, according to The Hollywood Reporter.

According to ABC News, Joe Giudice’s father, Frank, died in 2014 after collapsing in the yard of the Giudice home in Montville, New Jersey. Giudice has remained close to his paternal grandmother, Maria.

According to Bravo TV.com, a few years ago Joe temporarily lived in Italy at his grandmother’s small house in the province of Salerno while awaiting a decision on his deportation case after serving a prison sentence for fraud.

At the time, Giudice told Us Weekly that he wanted to move back to New Jersey to be with his kids, mom and maternal grandmother.

“I want to see my kids back in our home state, be a part of their lives, be physically there when they need me, and see them grow,” he said at the time. “I long to hold my grandmother in my arms again before the time comes [in which] She is no longer on this earth. [I want to] to be with my mother [and] my family to be in the place I’ve called home since I was a year old.”

Giudice remains barred from entering the US and is currently splitting his time between Italy and the Bahamas, according to The Sun. In November 2021, Giudice continued his fight to return to the United States by filing an “inadmissibility waiver” that could allow him to “temporarily” enter the United States as a nonimmigrant, per E! News. He told the outlet that it could take up to a year to get a response to his waiver request.