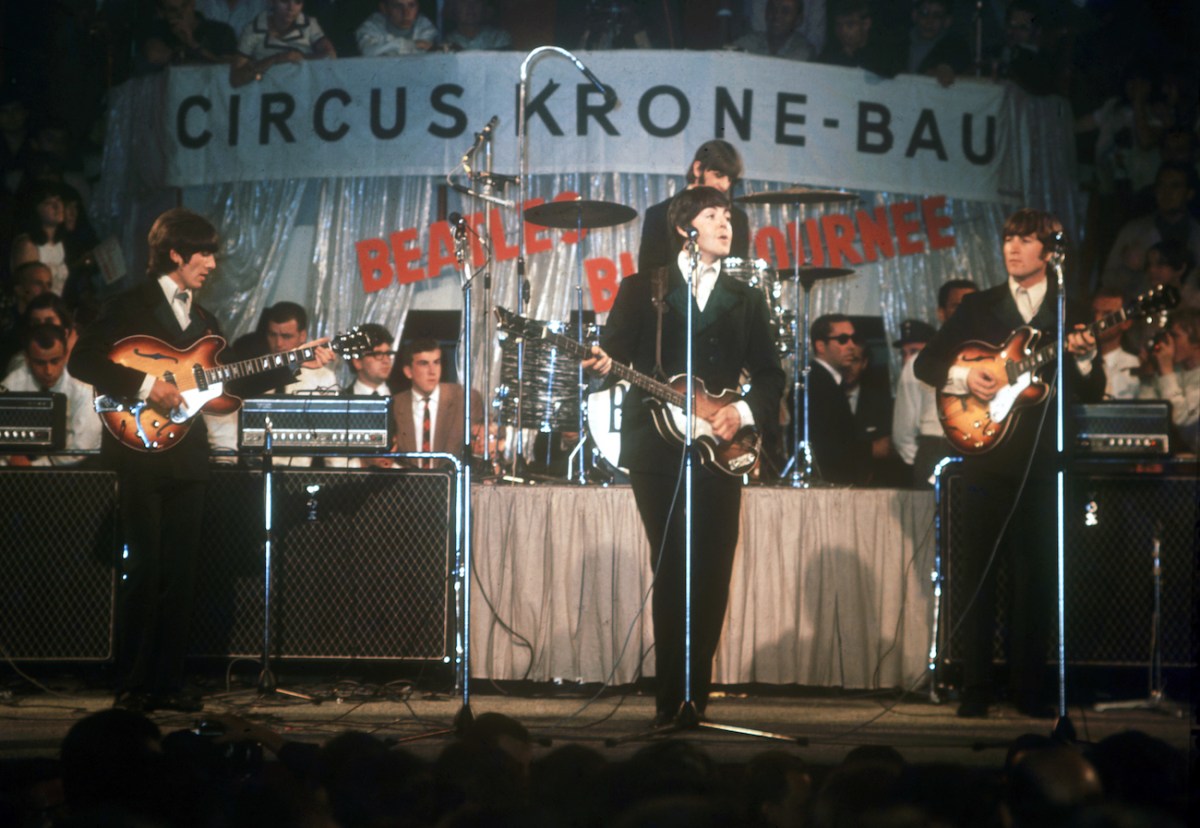 George Harrison said the Beatles’ concerts had become “inconsequential” by the mid-1960s. There was no point navigating the often treacherous Beatlemania only to find yourself playing the same 10 songs over and over again through mediocre equipment that couldn’t get any louder than the fans’ screams.

None of the Beatles felt the power of Beatlemania until they landed at JFK Airport in the US in 1964. They had seen their fan base grow in England and France. Nothing compared to the number of girls packed into the airport to greet the Fab Four, though.

It was then that the Beatles realized the extent of their popularity. Days later they continued to perform The Ed Sullivan Show in front of 700 screaming fans. A record-breaking 73 million people tuned in to see The Beatles that night on February 9, about 40 percent of the country’s population.

After this historic performance, the number of Beatles fans worldwide only increased by leaps and bounds. Touring soon became difficult.

in the Here Comes the Sun: The Spiritual and Musical Journey of George HarrisonJoshua M. Greene wrote: “In August 1964, more than a hundred thousand people lined the streets of Amsterdam to catch a glimpse of them driving from the airport to their hotel.

“In Adelaide, Australia, the number tripled: 300,000 fans – half the city’s population – lined the route of their caravan. When her film A Hard Day’s Night debuted that year, in the presence of Princess Margaret and the Earl of Snowden, so many onlookers packed Piccadilly Circus that central London came to a complete standstill.”

In his memories me mine, George wrote: “In the real world . . . we had no place. . . like monkeys in the zoo.” The traveling zoo didn’t stop; it just went up.

“On their 1964 US tour alone, the Beatles traversed twenty-five cities in thirty-two days, played to a total of half a million people and flew forty thousand miles,” Greene wrote. “Between 1961 and 1965 they did seven tours of the UK, three of America, one of Europe and two around the world.

“They played more than fourteen hundred club dates, often as many as three in a day, in addition to fifty-three radio shows, thirty-five television programs and one of the most prolific and grueling record productions in popular music history.”

Eventually, the Fab Four got caught in a dangerous storm. Their strenuous tours were often dangerous. Their management carefully considered their every move to avoid crowds of fans who sometimes reached out to the band.

In Kansas City, hundreds of fans broke through police cordons and attacked their mobile dressing room. The police retaliated by attacking the mob with rubber truncheons. People in the Philippines sent them death threats, and they nearly died in several other situations.

“We were almost killed in a number of situations – planes caught fire, people tried to shoot down the plane, and everywhere we went there was rioting. It aged me,” George told Rolling Stone in 1979.

After all, in all the madness, the Beatles’ concerts seemed unimportant. It was of little use. Once a military-like maneuver was performed to get them where they needed to go, they played the same old tunes for the fans who just yelled at them.

Even one of their most famous performances at Shea Stadium in 1965 was “impersonal”. George said: “The worst of all . . . we really didn’t care.” During an interview from 1987 on Good morning BritainGeorge said the Beatles’ concerts had become “inconsequential”.

George said quitting touring “was a big deal back then… But we couldn’t hear anything. We just played the same old tunes; We had these little amps. Wasn’t like now where you can just blow them up. It was very difficult. There was a lot of tension, stress and tension.

“Everywhere we went in this final year of our American tour, it seemed like there was race riots happening in Chicago, and we arrived right in the middle of it. There was a political problem in Montreal, the French and the British all hated each other and said we’re going to shoot Ringo and hurricanes, we fly into hurricanes on the plane.

“I couldn’t do it now. If that happened to me now, I would just die of a heart attack, but we were young back then and we could take the strain. But it got so much that it wasn’t a joke, so we just went into the recording studio and the rest is history.”