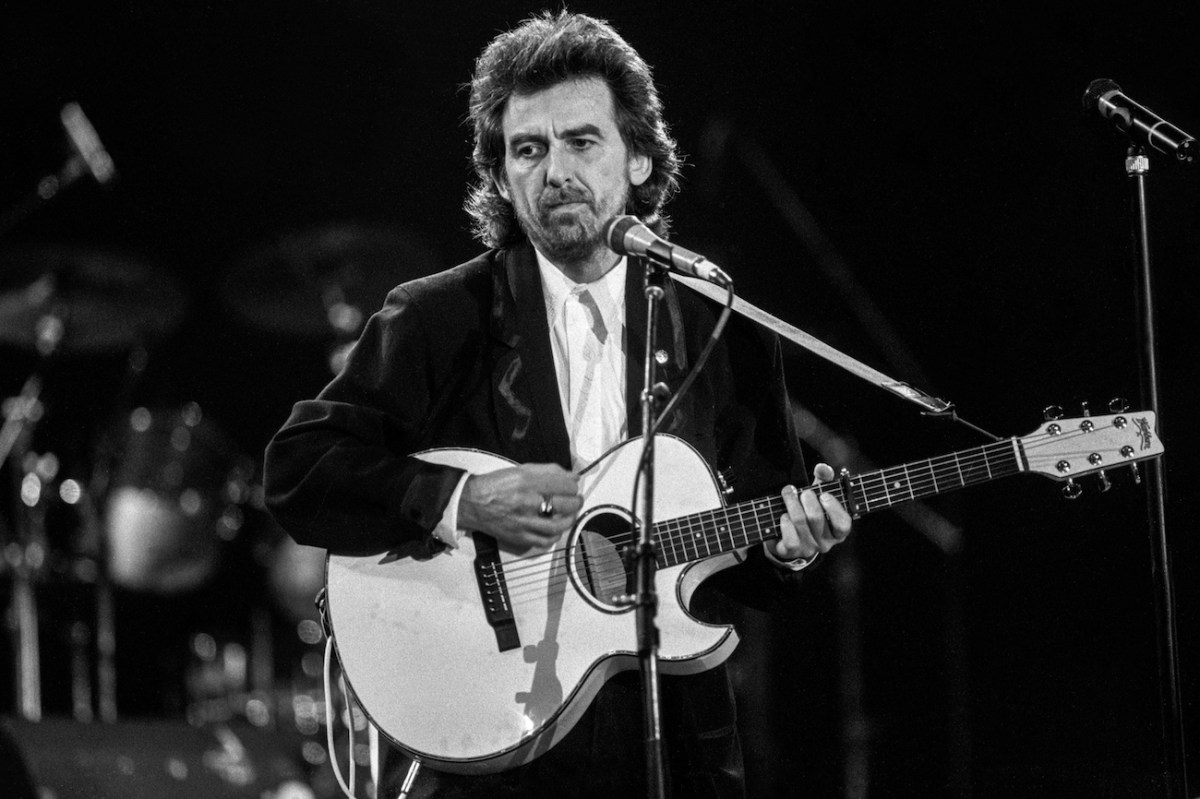 George Harrison didn’t like the way Beatles biographer Philip Norman portrayed him and his bandmates in his 1981 book. Shout!: The True Story of the Beatles. He said the biography was a complete fabrication, claiming Norman only wrote it because he “desperately wanted an identity.”

In 1987, George Charles Bermant (per George Harrison on George Harrison: Interviews and Encounters) that most authors wrote books about the Beatles out of spite.

“A lot of the stuff in the books is [sic] wrong,” George said. “Many of them are written out of malice or by people who, for one reason or another, wield axes. And they have perverted certain things for their own benefit.

“Not many are really factual and honest. There’s a saying in the old house I have, it’s in Latin, which translates to ‘Those who tell all they have to say, tell more than they know.’ So you probably know more about the Beatles by reading these books than you actually did.”

Of what people are missing, George said: “Well, there’s that expression, you can’t see the wood for the trees. Basically, the Beatles phenomenon was larger than life. The reality was that we were just four people who were as involved in what was happening at that time as anyone else.”

George would have viewed Norman as part of the group of Beatles biographers who were malicious.

RELATED: George Harrison made his first wife, Pattie Boyd, quit modeling, but she was bored of “being the little woman who sits at home.”

In 1988, George told Q Magazine (per Harrison Stories) that Norman was writing Scream! because he was “desperate to have an identity.”

“I know Paul wasn’t very happy about that,” George said. “What people don’t realize is that parts of us are inside each other. John is the mad one. Paul is the diplomat, Ringo the… I don’t know what he was… and I’m supposed to be the quiet one.

“John was the sour one, but sometimes John was gentle and sweet. To say Paul was this, John was that, it’s just too short and dry.”

Q said: “Philip Norman suggests that you learned the sitar because you were keen to have an identity within the Beatles.”

George replied, “That Philip Norman wrote this book because he was desperate to have an identity is probably closer to the truth. All these people who think they know everything… they don’t know anything. I realize they wrote so much about the Beatles not correct.

“I mean if they’re wrong us, now. We haven’t even died yet. The story needs to be totally twisted.”

Q added, “Paul still seems very important to the record being set right, that he feels he hasn’t received the recognition he deserves.”

“Good, if he doesn’t think he got the recognition he deserved, what about me and ringo? You know, sometimes people would get carried away – including Paul – and think they’d done it all, but actually other people were involved – some things more than others, admittedly. There was my guitar sound, Ringo’s drum fills… all of that was part of the Beatles sound.”

RELATED: George Harrison said he has a tendency to defend Paul McCartney despite his bandmate treating him

Unfortunately, George didn’t really like authors like Norman. He said Rockline’s Bob Coburn (per George Harrison about George Harrison) that he could not control what authors wrote.

George said: “What bothers me is the information they know where they have what think you know about me is right. Because most of the time you read things that are dead wrong and you get the impression, or a writer has given you the impression that his is concept of what i am And that’s the only problem that bothers me.”

Coburn asked, “What do you do in cases like this? Sometimes you just let it slide, and other times you’re like, ‘Hey, I can’t take this…’?”

George replied, “I think ninety-nine percent of the time I’ve let it slide. Because the moment you’re cramped [and] I’m starting to say, ‘Hey, the book stinks, that’s not true’, all I’m doing is promoting the book more.”