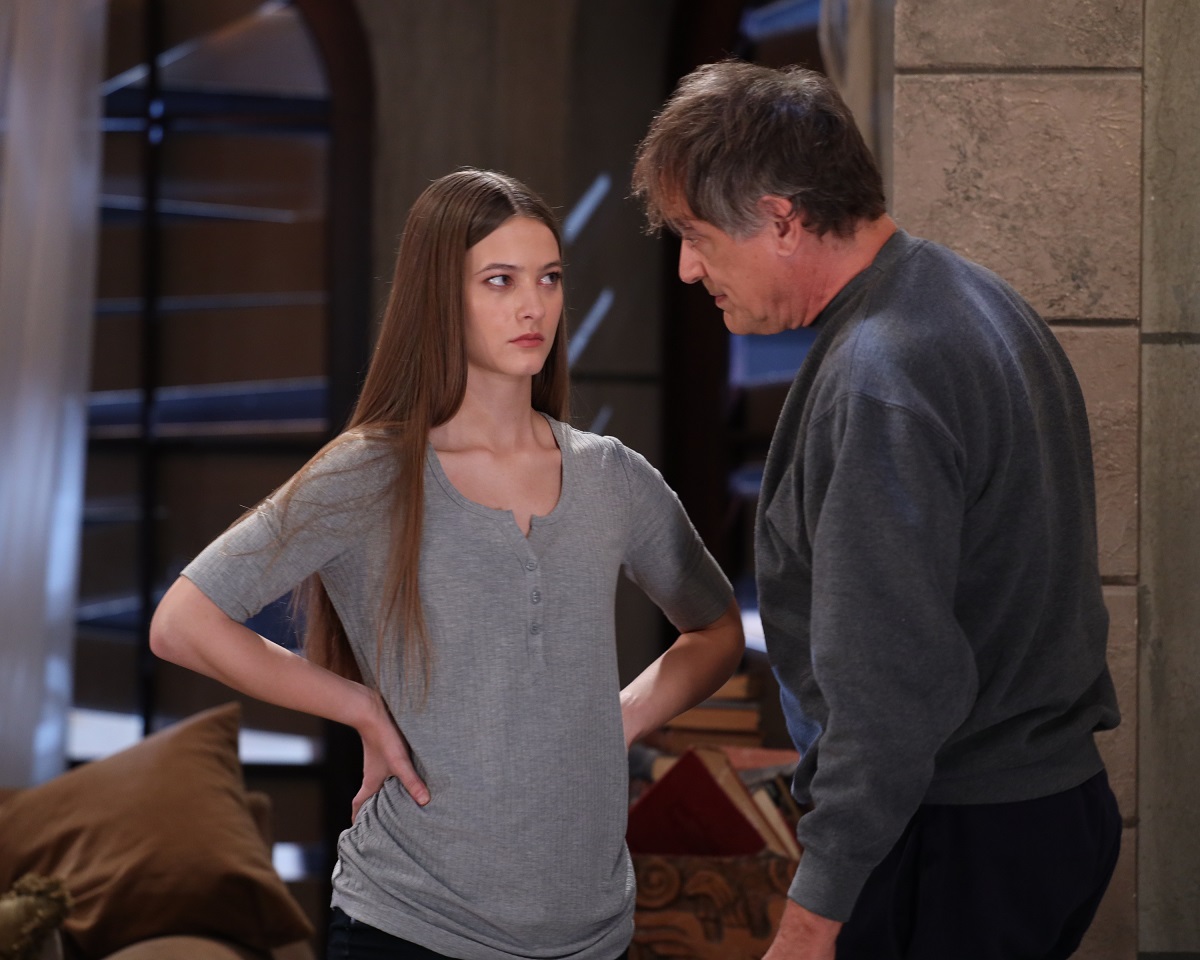 Esme Prince (Avery Kristen Pohl) has become General Hospital‘s newest villain. The daughter of Heather Webber (Alley Mills) and Ryan Chamberlain (Jon Lindstrom), she carries on the family legacy by destroying lives. Esme is allowed to pass on her destructive behavior to her little bundle of joy.

Ever since Esme arrived in Port Charles, she’s been causing trouble for the Cassadine family. She helped her ex-boyfriend, Spencer Cassadine (Nicholas Alexander Chavez), pursue his stepmother, Ava Jerome (Maura West). She continued to cause problems for Ava when she and Spencer moved to Wyndemere Castle.

Esme quickly charmed Nikolas Cassadine (Marcus Coloma), much to his wife Ava’s chagrin. Nikolas and Ava’s marriage was put to the test by Esme, who lived with them. Unbeknownst to the couple, Esme was in cahoots with Ryan to break them up. Esme took her plan up a notch when she and Nikolas gave in to temptation.

It wasn’t long before Nikolas learned that Ava was right about Esme’s manipulative behavior. After Nikolas confessed to his affair, Ava and Esme had a heated argument that resulted in Esme falling off the parapet. Nikolas thought Esme was gone forever but she returned with a surprise for him. She is pregnant with his baby.

When a pregnant Esme returned, many were skeptical that she was pregnant. However, Esme has a little bun in the oven that will be the next Cassadine heir. Despite Nikola’s best efforts to keep Esme hidden, she managed to escape by jumping off the parapet.

Esme swam to The Haunted Star where she was rescued by Spence and Trina Robinson (Tabyana Ali). Everyone gathered at the hospital, where news of Esme’s amnesia and pregnancy made the rounds. It didn’t take long for Ava to find out who the baby’s father was. During a confrontation, Nikolas confessed to getting Esme pregnant and being beaten by Ava.

Despite the backlash, Nikolas is determined to be a good father to Esme’s baby. But is it his child?

It is speculated that Nikolas could not be the father. In a Reddit thread, General Hospital Fans voiced their theories about the possible father. “I have a feeling Spencer is actually the father and that will drive a wedge in Springa’s budding romance,” wrote one user.

“Unless Esme went the frozen condom/turkey baster route, I figured it was common knowledge that she and Spencer weren’t intimate in the conception window,” disagreed another fan.

“She was gone long enough after the first fall to get pregnant with the fisherman who rescued her or with someone at the hostel where she was recovering. She chose Nik because she needed money,” replied another commenter.

“Oz is the dad,” explained another viewer.

Esme and her unborn baby have caused enough drama already. Nikolas has lost everything including Ava and Spencer and his downfall continues. The paternity of Esme’s child remains a mystery General Hospital. But a new twist could shed some light on the situation.

There is speculation that Esme and Willow Taits’ (Kately MacMullen) babies will be involved in a transfer. Liesl Obrecht (Kathleen Gati) believes Esme is the Hook killer responsible for the death of Britt Westbourne (Kelly Thiebaud). Since Esme took a child from Liesl, the doctor will do the same.

Liesl’s plan might work perfectly for a while. But one of the babies falls ill, revealing the switch along with Baby Prince’s paternity.