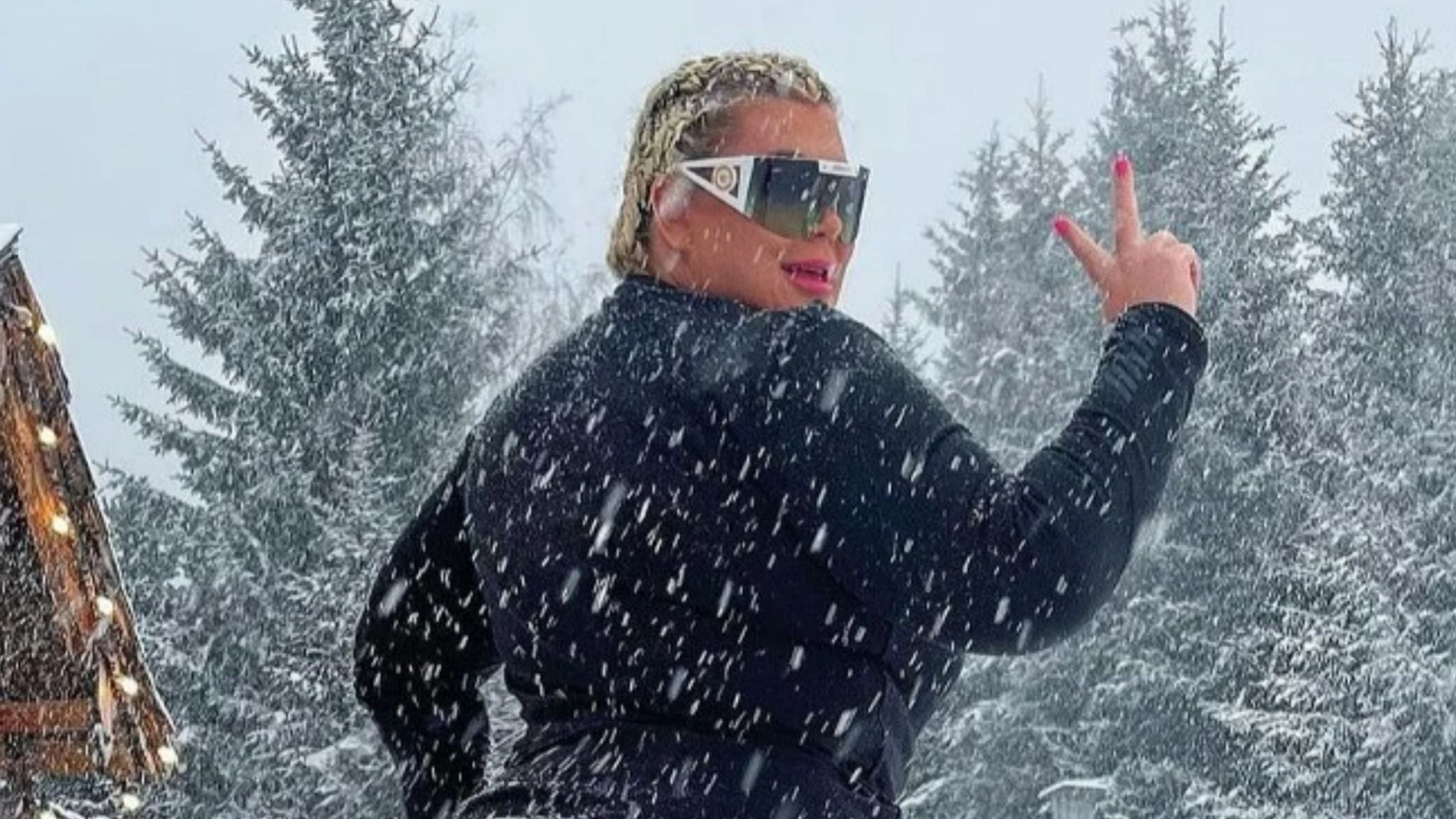 GEMMA Collins looked incredible as she showed off her shrinking figure as she hit the ski slope.

Earlier today Gemma, 41, announced that she has flown with Gareth Malone and Melvin Odoom on a trip to the Austrian Alps to film for a new show.

The former Towie star later posed up a storm in a snap shared to Instagram, showing her in a black jumpsuit.

Gemma had her back to the camera and looked over her shoulder.

She looked every inch the star in giant sunglasses and made sure to stand out in bright pink snow boots.

And a third added: “Look at that queen.”

Gemma previously gave fans a little glimpse of her filming project on her Instagram Stories as they headed to a snow-covered hotel.

“Good morning everyone,” she said, pointing the camera at her own face and showing off her long blonde locks and glamorous makeup.

“I’m on the slopes and it’s beautiful here. I’m so excited – I hope you all love my coat, it’s pink!”

She continued to show off her large ski goggles as she hit the slopes and swooped around the snow-covered chalets.

“We’re in the Austrian Alps and I’m dating the amazing Melvin,” Gemma continued while filming the presenter.

Gemma was flown out to Austria to film for the Channel 4 show The Greatest Snowman which aired on Christmas Eve last year.

The five celebrity competition pits them against each other in an epic snow sculpting challenge in the Alps.