Gaslit Review: The Starz drama is a gripping modern take on the Watergate scandal 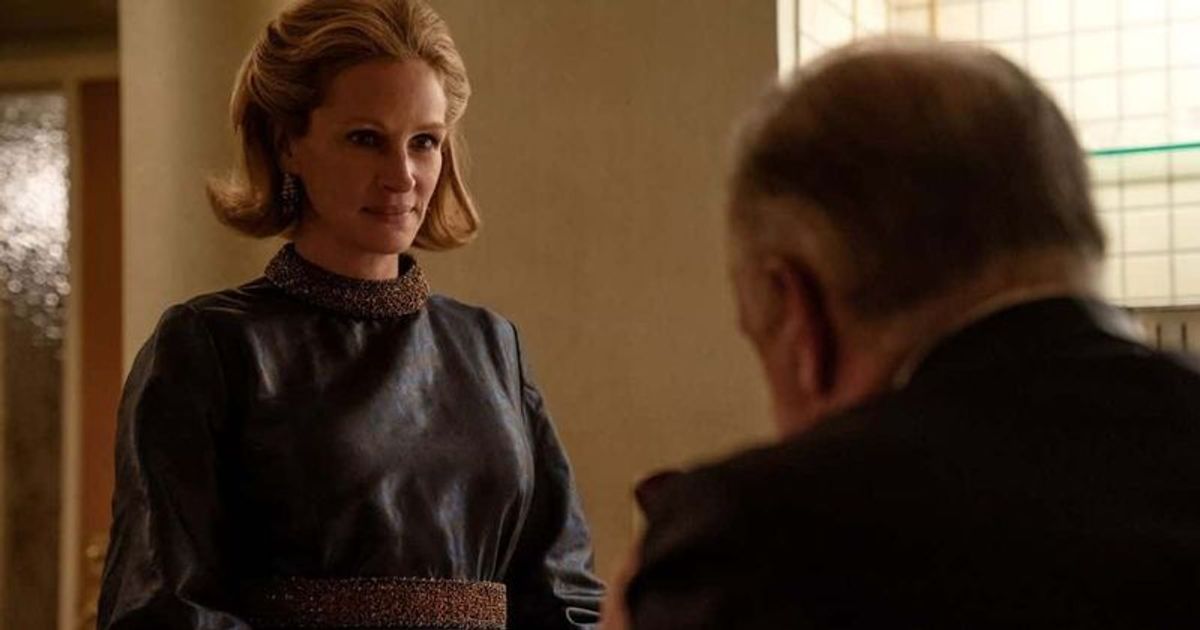 Adapted from the Slow Burn podcast by Robbie Pickering, Gaslit delves deep into the untold stories surrounding the Watergate scandal, one of the defining moments of modern American history. The Starz drama chronicles this dark time through the perspectives of unknown people whose lives have been changed forever. The eight-episode series details the abuses of power that took place during the scandal, from breaking into the Democratic National Committee headquarters, through the FBI investigation, to the resignation of President Richard Nixon.

The cast makes the show stand out, especially Julia Roberts, who gives such an impressive performance that it wouldn’t be a surprise if she won big awards next year. She plays the notorious Arkansas-born socialite Martha Mitchell, who despite her party affiliation was the first person to sound the alarm about the scandal and test her husband’s loyalty. Roberts effortlessly portrays the witty and outspoken Martha while exploring her darker and more vulnerable side following the cruelty inflicted on her by President Nixon’s aide. Sean Penn, almost unrecognizable in prosthetics and heavy makeup, seamlessly plays the central role of her husband, John Mitchell.

Roberts and Penn are backed by a strong cast. Shea Whigham deserves a special mention as the terrifying and foul-mouthed conspirator G. Gordon Liddy. Dan Stevens and Betty Gilpin also shine in their roles and successfully embody a couple with passionate intensity.

The show also captures 1970s America without exaggerating the details of the time, along with the casual racism and misogyny of the era, embodied by the straight white men who were part of the Nixon administration. The series mainly deals with satirical shades of black humor, but also flirts with elements of thriller and political drama.

“Gaslit” presents stories of people whose lives were turned upside down by the scandal. Martha is being held hostage in her California hotel room to prevent her from divulging information about the Watergate scandal. Throughout the series, White House aides refer to her as an alcoholic and a drug addict. Although Martha finally manages to uncover the truth, her private life is ruined forever.

Likewise, there’s Frank Wills, the young security guard who was instrumental in discovering the burglary. Unfortunately, the event resulted in him becoming unemployed and tragically ending his life. The series ends on a poignant note with Martha’s funeral and the final scene flashes into a flower arrangement that reveals a message: “Martha was right”.

Despite its positive sides, “Gaslit” has some glaring problems. The show chronicles three stories simultaneously. First there is the history of the Mitchells and their turbulent marriage and political careers. The second is the Watergate scandal and the third is how John Dean and Mo (Dan Stevens and Betty Gilpin) manage to survive in the episode. There are certain scenes in “Gaslit” where the three narratives appear scattered and lose their focus and momentum, confusing viewers. Still, the show is a stunning modern take on the Watergate scandal. It employs untold stories and does so in an engaging way that makes Gaslit a delightful watch. Overall, Gaslit is an exciting, stranger tale of marriage, love, betrayal and ultimately hope.