“Gaslit” Episode 3: Winnie has the news, but will she be able to help Martha? 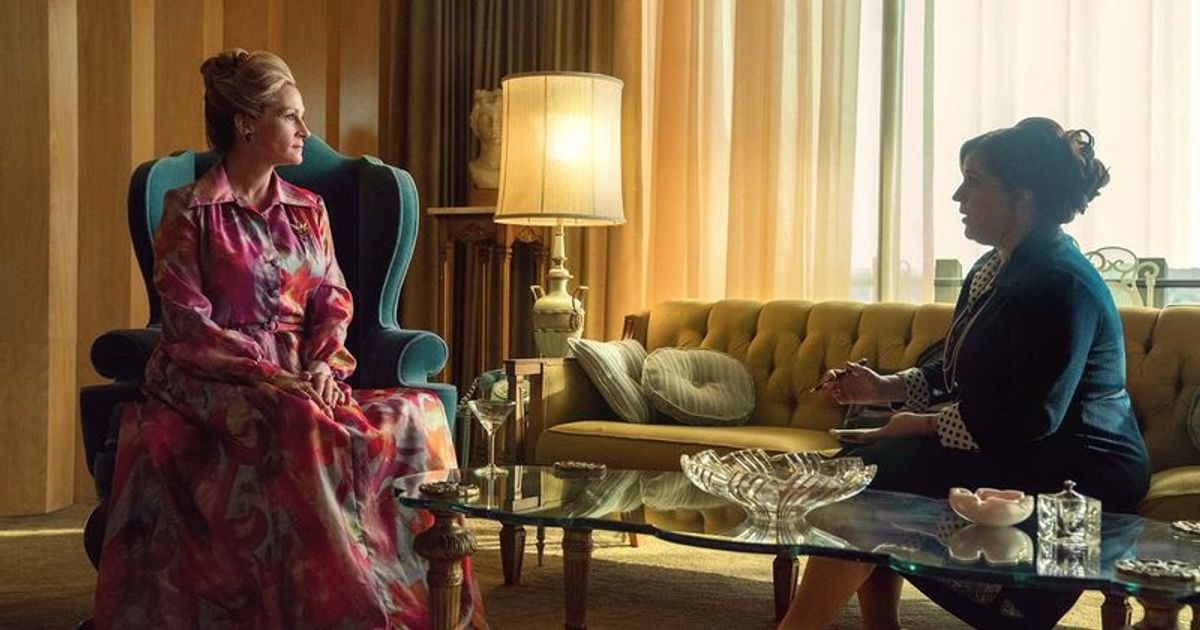 In episode 3 of the political thriller, Martha contacts Winnie to let her know about the Watergate cover-up

Based on a true story, Starz’s Gaslit follows Martha Mitchell (Julia Roberts), the outspoken wife of John Mitchell (Sean Penn), at the time of the Watergate scandal. The series continues with Martha trying to express her concerns about President Nixon and the scandal.

In the first episode of “Gaslit” we meet a journalist named Winnie (Allison Tolman) who is interviewing Martha. After the interview, Martha contacts Winnie to publish a story about the Nixon-Henry Kissinger feud. In Episode 4, Martha, now in a dangerous situation, contacts Winnie again to update her on her house arrest and the Watergate cover-up.

In the previous episode, we see Martha wake up to find that John has returned to Washington, leaving her with Peter, a relatively new member of her security team. When Martha tries to contact her husband, Peter abuses her and sends her back to her room. Fearful of his wife’s possible reaction to McCord’s arrest, John Mitchell knows that if she finds out the truth about Watergate, she will reach out to her journalist friends and reveal McCord’s connection to her family. Therefore, John decides it’s better to keep them isolated.

In Episode 3 entitled “King George” we see Martha being under house arrest and hatching an escape plan. She calls Winnie and tells her that she is being held captive. She also mentions the Watergate burglary and McCord’s arrest, although she doesn’t know all the details. Before she can share any more information, however, she is caught by Peter, who turns off the phone. A physical fight ensues between Peter and Martha, during which she breaks his finger. However, Peter overpowers Martha, leaving her helpless and frightened. She asks him to leave her alone. Will Winnie be able to save Martha? Stay tuned for the next episode of ‘Gaslit’.

Episode 3 of ‘Gaslit’ is available to stream on Starz.

“Winning Time” Episode 10: John C. Reilly says Paul Thomas Anderson “put it all together” for him

“Winning Time” Episode 10: John C. Reilly says Paul Thomas Anderson “put it all together” for him