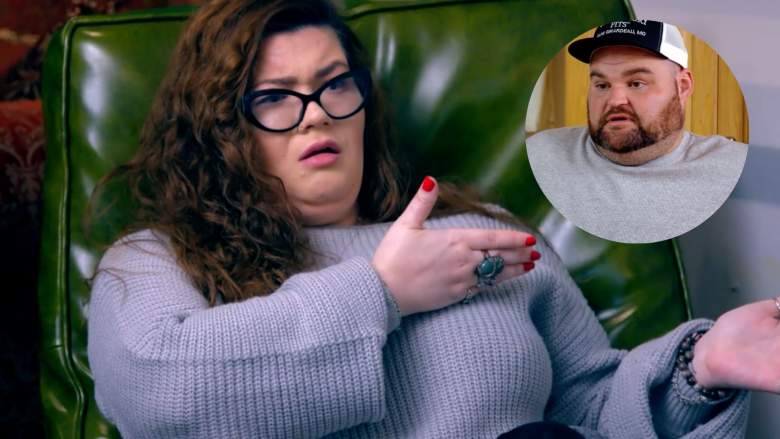 ‘Teen Mom’ star Gary Shirley has agreed to help Amber Portwood in the custody battle over her son James Glennon – Shirley revealed he didn’t want his daughter Leah Shirley to lose her half brother. He testified for Portwood at her custody hearing for James.

Leah is the daughter of Shirley and Portwood, and James is the son of Portwood and her ex-fiancé Andrew Glennon.

“It wasn’t that bad because I’ve been through that before,” Shirley told his wife, Kristina Anderson, on the September 20 episode of “Teen Mom: The Next Chapter.” “They asked a lot about Leah stuff, like if I have custody and what not. It wasn’t perfect. We’ve had our issues, but I see the turnaround Amber has taken.”

Shirley saw the changes Portwood made.

“You know, she has a relationship with James that she didn’t have with Leah. Um, it was seen – even by Leah,” he told his wife.

Portwood is banned from posting photos of James on social media and the 4-year-old is banned from appearing on Teen Mom. Anderson said it could affect people’s perceptions of Portwood’s relationship with her son.

“I think the hard part about Amber being able to prove to everyone that she’s a good mother is that #1 James isn’t allowed to film, she can’t post photos,” Anderson said. “People don’t know that she cares about him and she just can’t show that side of him.”

Glennon wanted primary custody of James so he could move to California with his son. Shirley, who lives in Indiana, was afraid of the distance such distance would have on Leah’s relationship with her brother.

“Leah has been very good to James and they have a bond when he’s taken away – she’ll go away,” Shirley said. “I’m scared of the worst-case scenario.”

“My thing is that you have a brother-sister bond, so I hope they don’t take that away from you,” Shirley added.

Portwood feared how her mental health would deteriorate if the judge ruled against her. “I couldn’t imagine what would happen to me if he were gone,” she said.

In real time, viewers learned that Portwood had lost custody of James.

The Teen Mom star said she was devastated by the court’s ruling.

“I’ve worked so hard to improve myself and improve my relationships with my kids,” Portwood wrote on July 28. “Although I’ve always been open about my substance abuse and mental health issues, a person should be given a chance to redeem themselves and not be tied down to their past issues.”