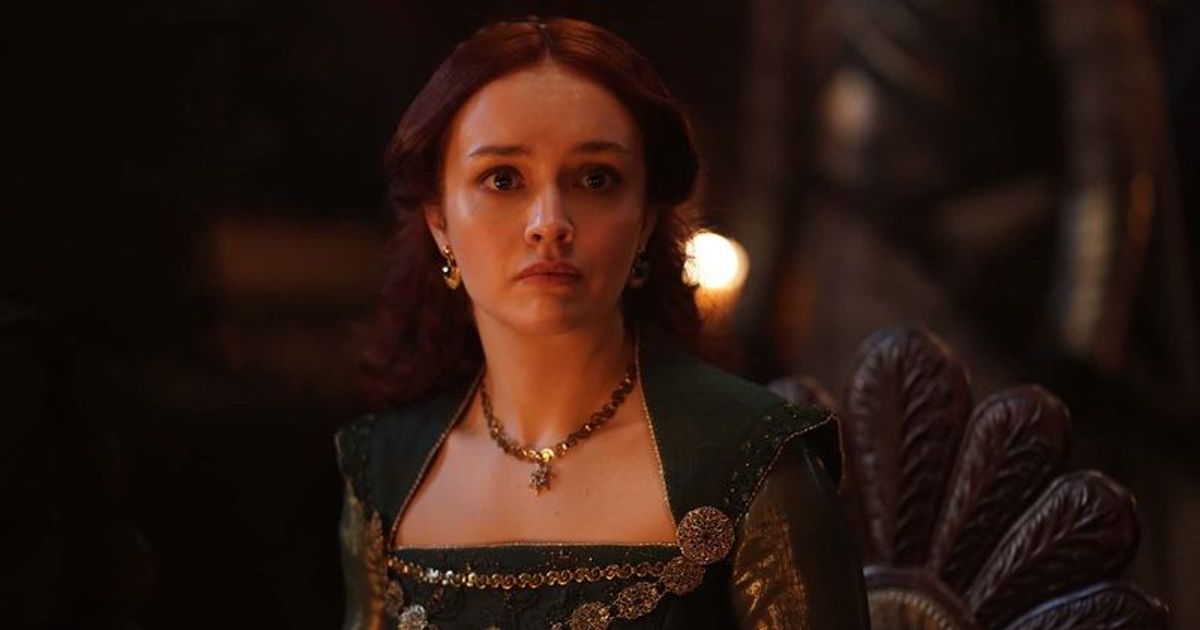 In a recent interview, Cooke also announced that Alicent will now be working as an independent woman and taking matters into her own hands

In the first five episodes of House of the Dragon, Emily Carey played the younger version of Queen Alicent Hightower with precision, and now it’s time for the older actors to do their magic on screen. The end of Episode 5 marked the end of an era for all of the main characters, seeing Queen Alicent wear a fabulous green dress during the celebrations of Princess Rhaenyra’s wedding to Ser Laenor Velaryon. However, that green dress meant she was ready for battle, even if she went through a lot of fights. Olivia Cooke, who will play the older version of Queen Alicent, believes the upcoming episodes will see the Queen grow bitter over time.

Princess Rhaenyra (Milly Alcock) and Queen Alicent’s relationship turned sour when King Viserys decided to marry Alicent. The situation for Rhaenyra became even more complicated when the queen gave birth to a son who has a stronger claim to the throne. However, the revelation that Ser Criston Cole (Fabien Frankel) had sex with Rhaenyra was the final nail in the coffin and Alicent knew she could never trust anyone in Westeros again. In the upcoming episode, Rhaenyra and Alicent’s bad relationship will take to a whole new level as we prepare for another massive time warp.

While discussing her character, Cooke recently revealed that viewers will see Alicent break free from the control of those around her and forge her own path. Things don’t get easy for her, however, because Cooke feels the character is losing her natural self to become something else.

In an interview with Entertainment Weekly, Cooke said, “You see her struggling with her femininity and the power she has to play being completely separate from her husband or her father or even her children. And also only morally where she stands if she no longer listens to her father.”

The ‘Ready Player One’ star also noted that her character will finally realize the injustices that have been done to her and things are getting so much worse that she’s starting to think that “no matter what the fuck matters”. . She added: “She looks around at her family and they’re all screwed. She says, ‘I’ve been so perfect my whole life. I didn’t take a step wrong and it doesn’t matter.” I think what we’re seeing in their development is this complete existential crisis.”

It seems that Alicent is ready to take matters into her own hands and will do whatever it takes to make her son Aegon heir to the throne. Even though Alicent is the queen, she would definitely need some people by her side, especially when her father, Ser Otto Hightower, isn’t around to offer advice. But if we go by the books, Otto could return to Westeros after the death of King Viserys, and he will play an important role in making his grandson the new King of Westeros.

The young cast of “HOTD” have done a phenomenal job over the course of five weeks, and now it’s time for the older cast members to show off their impeccable acting.