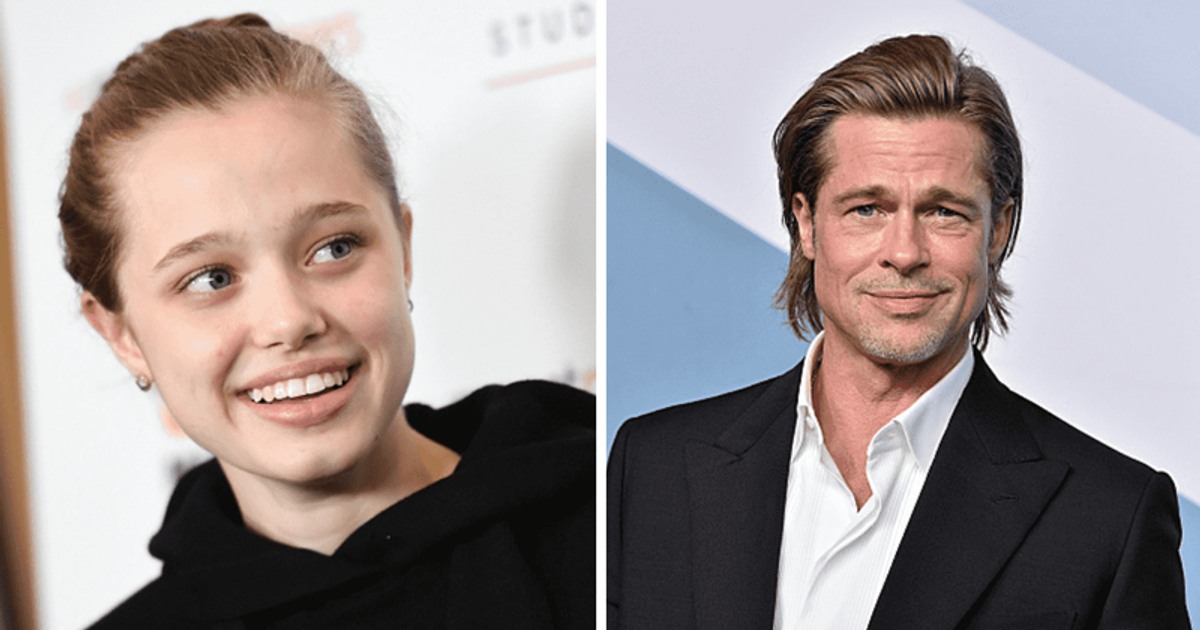 Sources close to Brad Pitt said he and Shiloh are “very similar” and she encouraged her other siblings to “have a relationship with their father.”

LOS ANGELES, CALIFORNIA: Angelina Jolie and Brad Pitt, one of Hollywood’s It couples, shocked the world when they announced their divorce in September 2016. However, documents from the proceedings shed some light on what may have led to the couple’s split. Angelina accused Brad of “choking one of her children and punching another in the face” during an incident on a private plane. Angelina and Brad married on August 23, 2014 and are parents to six children, Maddox, 21, Pax, 18, Zahara, 17, Shiloh, 16, and 14-year-old twins Knox and Vivienne.

A source close to Brad told TMZ that the ‘Bullet Train’ actor has a “limited and strained relationship” with his six children, but Shiloh disagrees with her mother or her siblings. The source revealed that Shiloh, who shares an “unbreakable bond” with Brad, encouraged her siblings to “have a relationship with their father.”

Shiloh Jolie-Pitt was born on May 27, 2006 and is Brad and Angelina’s first biological daughter. The former couple traveled to Namibia for Jolie’s birth to avoid the media. Fans have seen Brad share a special bond with his daughter over and over again. He first showed affection for his daughter when he took her on the set of The Curious Case of Benjamin Button when she was two years old. The Oscar-winning film marked Shiloh’s screen debut.

A source close to the actor told Life & Style that the father-daughter duo “really has an unbreakable bond,” adding, “They have a loving, fun, authentic relationship and are cut from the same cloth.” Brad and Shiloh are “very similar,” another insider told In Touch, explaining, “Not only do they look alike, they have the same big heart. They are very compassionate and loving. They are both very open, they like to meet new people. Shiloh somehow seems to have picked up on Brad’s Midwestern demeanor.”

The source said the two loved spending time in Brad’s art studio and they never failed to accept each other’s presence. They enjoyed each other’s company while playing music, watching movies, and art together. The ‘Fury’ star shares the same love of art and music and even supports Shiloh in her endeavors, including her passion for dancing. “Brad never pressures Shiloh and encourages her to pursue her dreams,” the source said, adding, “She’s comfortable talking to her dad about anything.”

Most recently, Shiloh attracted public attention for her dance moves. She was spotted grooving to Doja Cat’s “Vegas” in a viral video. And just like a proud father, Brad was blown away by his daughter’s achievement. “It brings tears to your eyes,” the actor told Entertainment Tonight as he walked the red carpet at the premiere of ‘Bullet Train’ at the Regency Village Theater in Los Angeles. “I don’t know where she got it from. I’m Mr Two Left Feet here. I love it when they find their own path, find things that interest them and thrive,” he said.