From Lindsay Lohan to Hilary Duff: A look at the love life of Aaron Carter as the singer who was found dead at 34 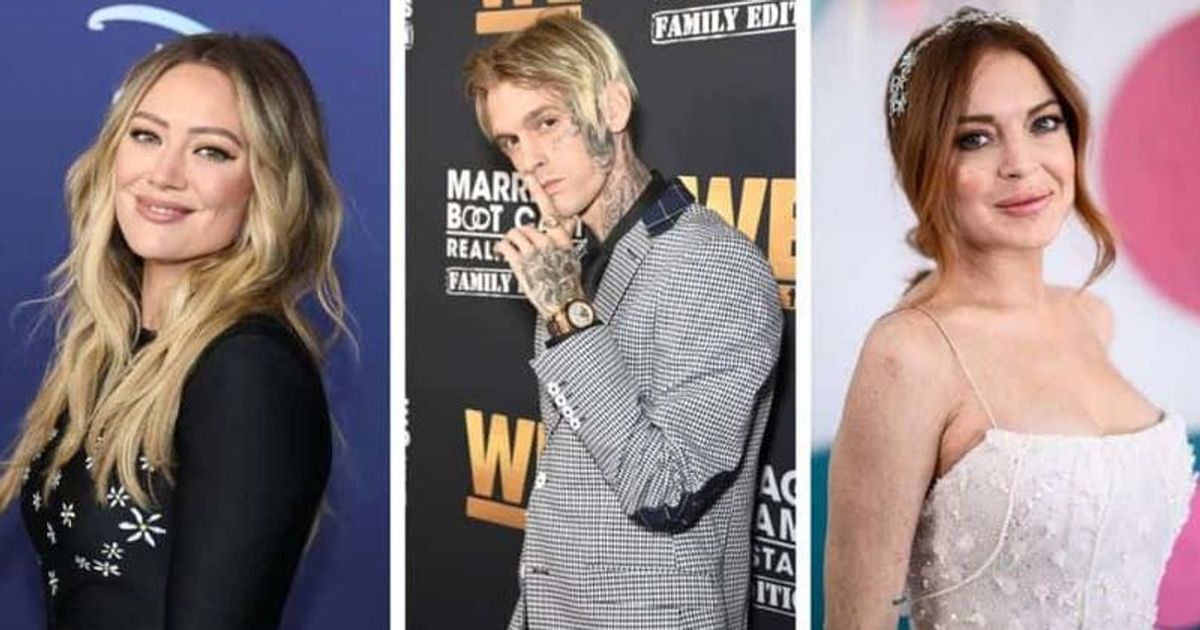 Prior to Aaron’s death, the singer was previously linked to Lindsay Lohan, Hilary Duff, and other women

LANCASTER, CALIFORNIA: The late Aron Carter, singer and ‘Dancing With the Stars’ alumnus, was a loverboy and had much-talked-about relationships. The brother of Backstreet Boys’ Nick Carter had relationships with Lindsay Lohan, Hilary Duff and other women before his death. The singer and actor died on Saturday November 5th at the age of 34. He was found dead at his home in Lancaster, California.

Aaron is a former child pop star and the younger brother of Backstreet Boys’ Nick Carter, who burst into the limelight with his 1997 debut album of the same name. This was followed by the albums Aaron’s Party (Come Get it) in 2000, Oh Aaron in 2001 and Another Earthquake! in 2002. His most recent work was Love, which he released in 2018 after a 16-year relationship break published. Aaron has also acted in films such as Lizzie McGuire, Sabrina the Teenage Witch, 7th Heaven, Fat Albert, Popstar, and Supercross.

“For Aaron – I am deeply sorry that life has been so hard for you and that you had to fight in front of the whole world. You had a charm that was absolutely effervescent… Boy, my teenage me loved you dearly. Sending love to your family at this time. Keep calm,” Lizzie McGuire actress Hilary Duff wrote in her tribute to the singer. The couple reportedly dated in 2001.

Actress Hilary Duff and Aaron Carter began dating in 2001. Aaron even filmed an episode of Hilary’s aforementioned Disney Channel series that year. Over the next two years, the relationship between the two teenage sensations was back and forth. Aaron and Hilary came to Splitsville in 2003 after repeatedly ending their relationship. The Aaron’s Party singer detailed his relationship with Hilary in a now-deleted appearance on The Big Idea With Donny Deutsch, adding, “I started dating Hilary on my 13th birthday, The Sun reported. Aaron said in that interview, “I dated her for about a year and a half and then I just got a little bored, so I went out and started getting to know Lindsay, dating Lindsay.”

After her courtship ended, mother-of-three Hilary married and divorced NHL player Mike Comrie before remarrying musician Matthew Koma. Speaking about his ex-girlfriend’s relationships, Aaron told Fox News, “I’m really happy for her that she’s in a successful relationship and that she’s going to have a baby. Sometimes I think to myself, maybe it could have been me, but it was what it is.” He continued, “It’s crazy, that’s ancient history now. She knows I will always love her.”

In 2002, when Aaron and Hilary briefly split, the former also began dating Mean Girls star Lindsay Lohan. Prior to Aaron and Hilary’s permanent split, all three of their dating timelines were in sync.

On September 16, 2006, Aaron got on one knee with Kari Ann Peniche, a Playboy model and former girlfriend of his older brother Nick. They had only been together five days when the late musician asked her to marry him on stage in Las Vegas. On Friday, September 22, a few days later, the couple decided to call off their engagement.

Aaron announced his engagement to Melanie Martin, his then-girlfriend, on June 12, 2020. The couple became parents for the first time on November 22, 2021 after getting engaged. Sadly, after Melanie gave birth to their son Prince, they split barely six days later. Although twice engaged, the late Aaron is said to have never married.

On Saturday, November 5th, Aaron’s body was found in a bathtub at his home. Melanie uploaded a two-second video on TikTok in which she can be seen sobbing uncontrollably while driving. “My fiancé Aaron Carter passed away. I love Aaron with all my heart and it will be a journey raising a son without a father. Please respect my family’s privacy very much as we come to terms with the loss of a loved one,” she shared the statement after his death, The Sun reported.