From George RR Martin to Dwayne Johnson, here’s Hollywood’s cream of the crop at Comic-Con 2022 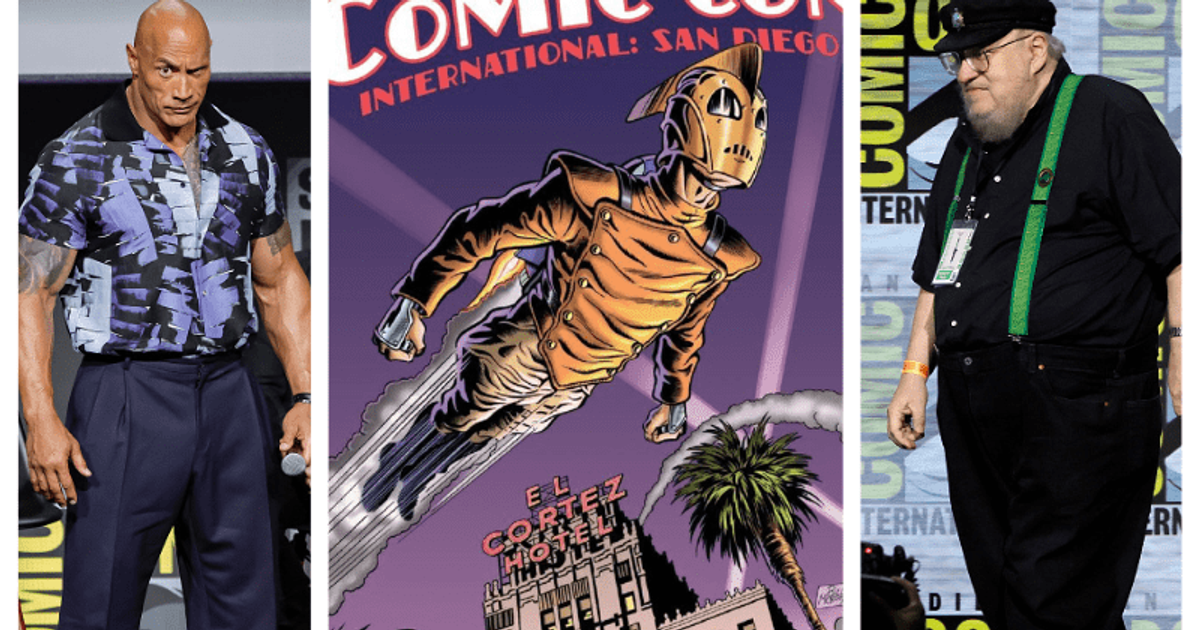 Unlike 2019, this time the stars weren’t dressed up as movie characters

San Diego Comic-Con is in full swing. The star-studded event interviewed some of fan favorites for their upcoming films and shows. With teasers, extended trailers and sneak peeks around every corner, fans are hooked. While the event is still in full swing, here’s a look at some of the star appearances at the event and the films they promoted. However, this time the stars weren’t dressed up as movie characters like they were at Comic-Con 2019.

“I Am Groot” at SDCC 2022: Fans criticize Marvel for “terrible” trailer, call it “most unnecessary MCU project”

Afterwards, the actors from “The Orville: New Horizons”, Anne Winters and Penny Johnson were seen at the gala evening. How can we miss the hilarious crew from ‘What We Do In The Shadows’, Kristen Schaal, Mark Proksch, Matt Berry, Paul Simms, Harvey Guillen and Stefani Robinson?

Keanu Reeves surprised fans on day two of San Diego Comic-Con 2022 with a fresh look at his titular action hero character in the John Wick movies. The trailer for upcoming action drama John Wick: Chapter 4 was released on day two. The 57-year-old actor also opened up about BRZRKR, his Boom! Studios. Written by Reeves and Ron Garney, the tale follows a half god/half man struggling through the ages. Netflix is ​​working on the film adaptation, which Reeves will star and produce.