From a two-headed snake to a bat cave for naked hijinks, here’s how Nicolas Cage squandered his fortune 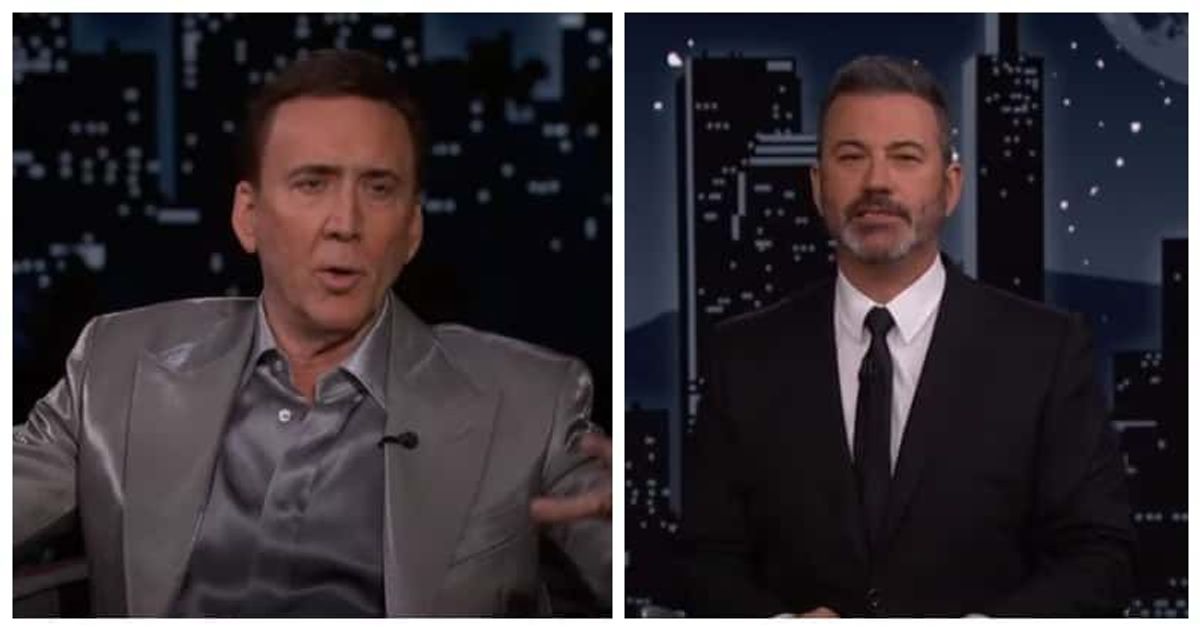 Actor Nicolas Cage made his debut on ABC’s “Jimmy Kimmel Live” on Wednesday, April 20. The 58-year-old actor made a stunning performance as he shared a series of strange stories during a promotional visit for his upcoming film The Unbearable Weight of Massive Talent.

Nicholas confessed on the show that it was “a big night” when he made his TV debut. He later shared his offbeat stories about how he paid $80,000 for a two-headed snake and wanted to add a bat cave to his possession collection. The singer, who has lived in Las Vegas for 17 years, began the stories by recounting how he once turned $200 into $20,000 playing roulette. “I made it in about half an hour and was in the Bahamas. Have you ever had one of those nights where you feel like the mojo is on you and you just couldn’t go wrong? Everything would go your way,” Nic asked Jimmy. He went on to say that the night happened 20 years ago and “every number I picked, and I’ve picked the same number many times, it kept winning, ‘This is magic.'”

“The next day I said this is very special, I’ll go – I’ve found an orphanage. I walked through the port of Nassau. I met all the kids and told the principal this is for you. And put $20,000 cash in her hand and I never played again because it would have ruined the magic of the night.” “Makes me incredibly weird,” Nic said, adding, “I did. It’s weird. What happened and it’s weird.”

“I don’t know why, I dreamed of two-headed eagles. One night I had this dream and the next day my manager at the time got a call saying I have a two headed snake that I found in Northridge and I think your client Nic Cage would be interested.” “I won’t mention it how much it cost because that’s going to go everywhere,” Nic said. When talk show host Jimmy asked if it was more than the orphanage was getting, the actor replied, “More, it was about four times as much and I bought it.”

“They would fight. One head was more dominant than the other. Why? It went into the same stomach. But I would have to stick a spatula between the two heads to feed them and it just got a little too freaky for me. So I brought it to the Audubon Zoo… It lived 14 years and just recently died.”

Jimmy wondered if his reps got a lot of strange calls from individuals trying to sell him items. “I think they learned not to tell me when they get the call,” Nic said, adding that he lives with a “very well-dressed” African sorrow crow at his Las Vegas home. “He likes to say hello to me when I enter the room,” Nic said. “He’s very smart and when I leave he says ‘Bye.’ I didn’t teach him the words. He just came up with the vocabulary and then one day he called me an A-hole and I don’t know why. It just came out.” Nic added that his crow likes to jump on people’s heads. According to him, the crow lives in a gigantic 16-foot dome.

“I’m like, ‘If you want to go in and say hello, okay, but put those sunglasses on,'” the ‘Ghost Rider’ star said. “Because it has a sharp beak and claws, but nobody got hurt.”

Jimmy was keen to hear the truth about other strange rumors about the star’s personal life, such as whether or not he bought a cave full of bats. “I had an interest in exploring all elements. I got a certificate on the Great Barrier Reef. I researched the element of water. Air, I didn’t get as far as I wanted, I wanted to be a hang glider but it didn’t happen. Fire, I felt like ‘Ghost Rider’, I had explored the element of fire. Then I wanted to explore the earth and I want to start caving,” said Nic.

The star went on to reveal that while filming National Treasure, he found out about a cave for sale and wanted to check it out. “There’s all these stalactites and all these milky, quartz-like crystal walls,” he said. “At the time I was married and thought I wanted to be there, it looked like unfiltered sake. I thought, “I want to buy this and just go to the bottom of the cave and totally undress and drink with my wife.” “Needless to say I didn’t buy the cave, it didn’t happen,” Nic said. “And there were no bats in the cave.”

Later, the presenter played him a scene from the film “The Unbearable Weight of Massive Talents”. Jimmy asked him if he had any reservations about portraying the fictional version of himself in the film, to which Nic replied, “As actors, we like to hide behind a character.” “I was shocked. I didn’t know if they wanted to do some sort of Andy Samberg ‘SNL’ mock-fest. Tom [Gormican] the director wrote me a very intelligent letter.” Nic said that when Tom described the complexity of the film, he felt confident that he was in excellent hands.