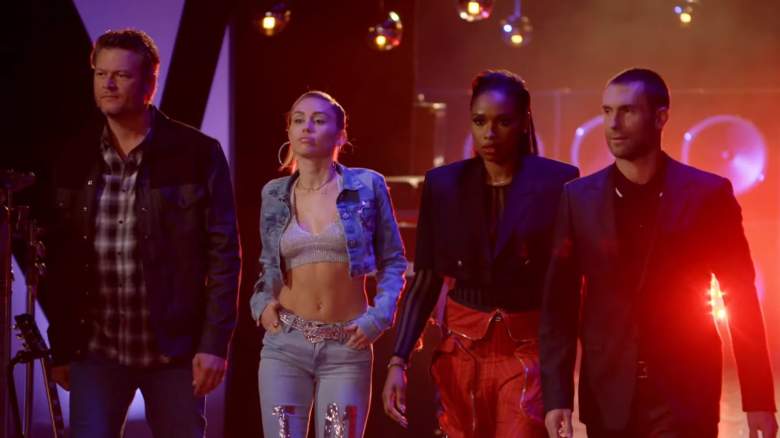 Miley Cyrus appeared as a coach on “The Voice” in seasons 11 and 13. Though she hasn’t returned to the swivel chairs since 2017, the multi-genre musician has enjoyed a thriving career in the years since.

Cyrus released the lead single and music video for “Flowers,” off their upcoming eighth studio album, Endless Summer Vacation, on Friday, January 13, 2023. As of Thursday, January 19, the single had broken a record on Spotify, becoming the fastest single to reach 100 million streams. Variety reports that the song borrowed that title from BTS’s “Butter” and as of the morning of Friday, January 20 had amassed 101,838,799 streams, making it the most-streamed song within a week of its release on the platform. Variety also notes that this growth has been steady throughout the week.

“Instead of seeing massive streams on day one that decrease over the week, each day since release has been bigger than the one before. Miley is back and with her album ‘Endless Summer Vacation’ coming out in a few months it’s just the beginning,” said Jana Coffey, Spotify’s head of artist and label partnerships.

Online fans have theorized that various lyrics in Miley Cyrus’ record-breaking single “Flowers” may allude to moments in her relationship with ex-husband Liam Hemsworth. The two dated in the 2010s and were married from December 2018 to August 2019, a time Cyrus later described as a “disaster.”

Seventeen compiled the various lyrics of “Flowers,” which many believe refer to her previous marriage to Hemsworth. These include the lyrics “built a house and watched it burn,” which may refer to the couple losing their home in the 2018 Woolsey fires, which Cyrus says was a factor in her and Hemsworth later being in married this year.

The chorus of “Flowers” also lyrically echoes Bruno Mars’ 2013 single “When I Was Your Man,” which comes from the perspective of a man who wishes he could go back in time and do things differently, to save his relationship. Seventeen reports that many fans and outlets claim Hemsworth previously dedicated this song to Cyrus.

The texts of Mars are:

While the chorus of Cyrus’ “Flowers” contains the following lyrics:

The final “evidence” that “Flowers” could refer to Miley’s previous marriage comes in the release date, Jan. 13, the birthday of her ex-husband Hemsworth.

Though Miley Cyrus may revisit her marriage to Liam Hemsworth on “Flowers,” her most recent relationship is with drummer Maxx Morando. The couple have been together since January 2022, however much of their relationship has been kept out of the public eye. The two were only spotted together in pictures this winter, celebrate Christmas together. Morando’s band Liily also performed for “Miley’s New Year’s Eve Party,” which Cyrus threw alongside her godmother and country music icon Dolly Parton to herald 2023 in Miami.