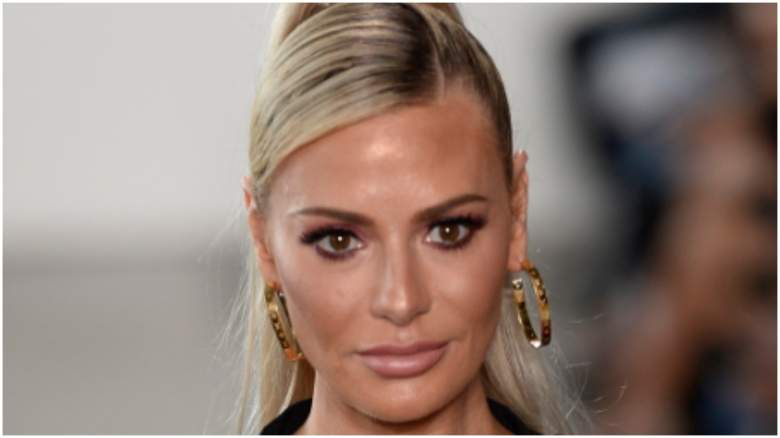 A former Real Housewives of Beverly Hills star has some thoughts on the current season — and how authentic it is.

Camille Grammer was an original RHOBH star before transitioning to recurring and amicable status. She last appeared on the Bravo reality show IMDb in 2020, but she watches the show regularly and posts it on social media.

After being confronted by an injured Richards, Kemsley tried to explain. “Listen to me, darling. She was in tears,” she said of Erika.

Kemsley then got tears in her own eyes when she realized how much she had hurt Richard’s feelings.

“It breaks my heart to see you so upset,” Kemsley said.

In a series of Twitter posts, Grammer asked if Kemsley was authentic during the conversation with Richards.

“Was DK authentic when she confronted Kyle?” Grammer tweeted. “Kyle’s hurt, but DK? Something seems wrong or is it just me?”

Fans responded that they thought Kemsley was trying to cry crocodile tears in the scene.

As one fan wrote, “Yeah, like she wanted to fake crying but couldn’t… seeing how upset Kyle was,” Grammer said answered, “That’s how I read it. Agreed.”

Another fan wrote: “I thought so too! She started crying but stopped on a dime and her face went back to normal lol there was amber hearing.”

“Yes, I noticed that,” Grammer I Agree.

Grammer also responded to a fan who asked her about adding Diana Jenkins to the cast of RHOBH. Jenkins has clashed with several of her co-stars this season, including Sutton Stracke and Garcelle Beauvais.

When one fan asked, “Do you think Diana would be a good fit for this show?” Grammer answered“No.”

Grammer also seemed to agree with one fan who called the current RHOBH season “messy.”

Grammer has shared her opinion on the authenticity of a RHOBH star in the past. She was previously reacting to a scene in which Erika Jayne broke down while speaking with Richards about her divorce from former power attorney Tom Girardi and the legal drama she is embroiled in. In the scene, Erika spoke about critics calling their divorce a “sham.” and as she cried her mascara began to run down her cheeks.

After the episode aired, Grammer took to Twitter to ask if Erika intentionally wore non-waterproof mascara to film the scene.

“We shot season 9 in the Bahamas and we all swam in the water,” says Grammer tweeted in July 2021. “I don’t remember EJ’s mascara running underwater after swimming. Just say.”

For all of her questions about the authenticity of “The Real Housewives of Beverly Hills,” RHOBH OG responded to a commenter who questioned whether the show was real or not.