Former DWTS professional as a judge at charity competition show 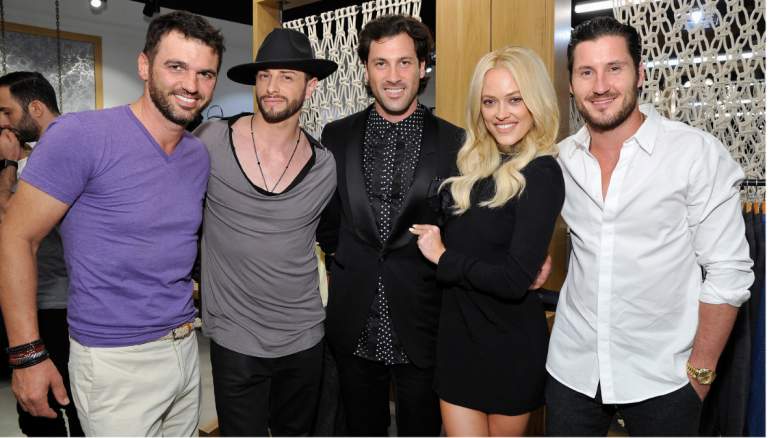 A former Dancing With the Stars pro is putting his dance knowledge to good use.

In early May, the Autism Science Foundation issued a press release about an upcoming event with Tony Dovolani. He will join Real Housewives of New Jersey stars Teresa Giudice and her fiancé Luis Ruelas at an event in Westchester, New Jersey.

“Modeled after the popular television show ‘Dancing With the Stars,’ this event brings together prominent figures from the New York area with talented professionals from Mamaroneck’s Fred Astaire Dance Studio in dazzling rounds of performances judged by Giudice, Ruelas and Dovolani earning them one of the two coveted mirror ball trophies,” the press release says in part.

Ten dancers compete at the gala and are judged by Dovolani, Giudice and Ruelas. Anyone wishing to vote for one of the dancers can do so on the event’s website – along with a donation.

The Dancing Stars of Westchester are dear to Dovolani as he has a son with autism.

Dovolani and his wife have three children, Luana, 8, and twins Adrian and Ariana, 5.

“As the father of a son with autism and a person who has dedicated my career to ballroom dancing, I can’t think of a better event than this,” said Dovolani.

“Dance has the power to transform lives and I thank the talented professional dancers at Fred Astaire Mamaroneck for teaming up with these local stars to raise money for a cause close to my heart,” he added .

Ruelas also has a son with autism and expressed similar sentiments about the upcoming gala.

“As the father of a young adult son with autism, we live the journey of autism with so many other families that ARSP serves. This event combines a fun party with a beautiful purpose. It will raise funds for autism research, which will have a positive impact on the lives of my son and others with autism,” Ruelas said.

Dovolani was a part of ABC’s Dancing With the Stars from seasons 2 to 22, but ultimately decided to leave the program in 2018.

“When I decided to quit, nothing big happened, it was just a bunch of things where I was just like, ‘I didn’t sign up for this,'” Dovolani told Hollywood Life.

“Maybe for babysitting, a little bit. Some of these celebrities, or reality celebrities, I should say, sometimes they have… they have an idea of ​​what they think they are and who they are, and they didn’t realize that I wasn’t there to look around to take care of her. I was there to teach them how to dance. So if it’s anything other than teaching them to dance, I don’t want to be involved,” he added.

In the years that followed, Dovolani continued to dance and currently serves as International Dance Director for Fred Astaire Dance Studios. He has been associated with the studio since 1990.

CONTINUE READING: Leah Remini’s Daughter Sofia Is All Grown Up And Fans Can’t Believe It (Photos)