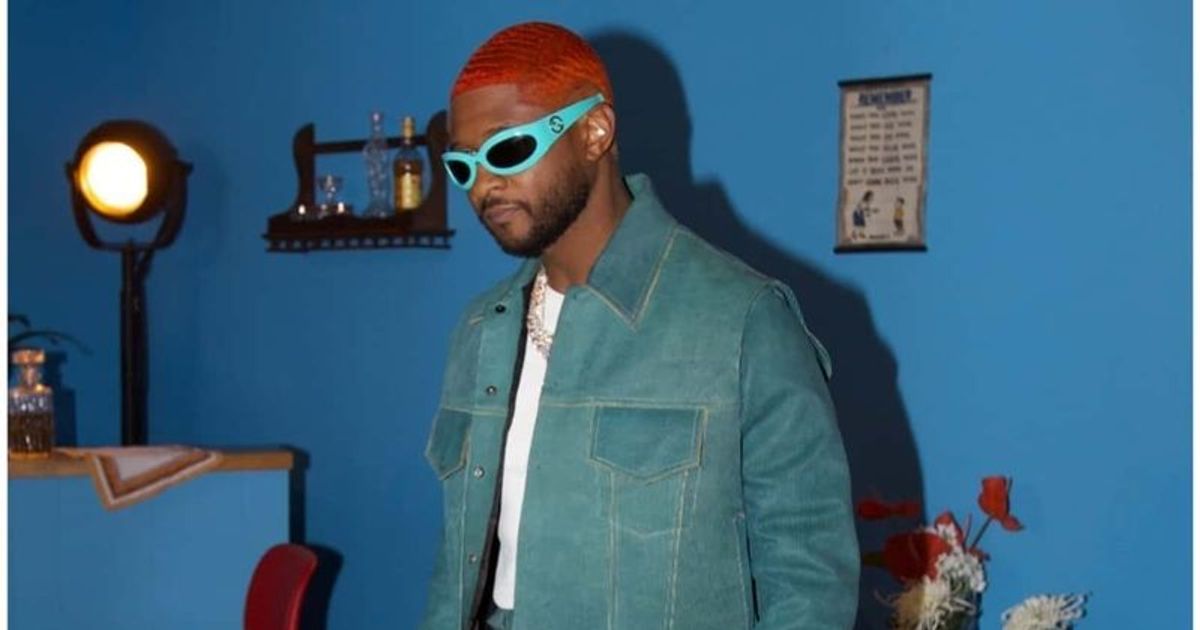 PARIS, FRANCE: Popular American musician Usher Raymond IV has drawn the ire of his fans by recently changing his hairstyle. A winner of 8 Grammys, including one for Best R&B Performance by a Duo or Group with Vocal for “Yeah!” in 2005, Usher is known for sporting bold hairstyles

One of the most iconic hairstyles Usher has sported over the years is the buzz cut with a shape up or a fade mohican. However, the singer and former “The Voice” judge has never really experimented with his hair color, which has recently changed. Usher sported a new orange haircut during the Paris Fashion Week show of Bianca Saunders Fall/Winter 2023 collection. However, fans on social media don’t seem to be huge fans of the new haircut.

The new haircut was compared to “orange Cheetos” by numerous social media users. The flaming orange color of Usher’s hair didn’t seem to impress many, although it garnered him quite a bit of extra attention.

Taking to Instagram, one of his fans claimed the new hairdo didn’t suit him: “New hairdo never suits you bro.” Another seemed to be a hair expert, claiming that a softer color would better complement Usher’s skin tone: “Ion likes so far none of the hair colors… but you’re still fine… I feel like a softer color, not too light would complement your skin tone, maybe a chocolate golden brown… is that a color?

While the above two comments were still a bit helpful, most of his social media followers seemed horrified by his decision to switch hair: “ARE YOU SERIOUS?” One user suggested it was his time in Vegas that changed the haircut: “Baby done been in Vegas too long”

In an Instagram story, rapper Joyner Lucas also chimed in, again comparing Usher’s hair to Cheeto’s: “My (N-word) looks like a flaming hot Cheeto.” On the same story, another user wrote, “Yea Usher NO! “

The R&B singer showed off his new bright orange haircut in a video he posted to his Instagram Stories on Monday (January 16) announcing his arrival in Paris.