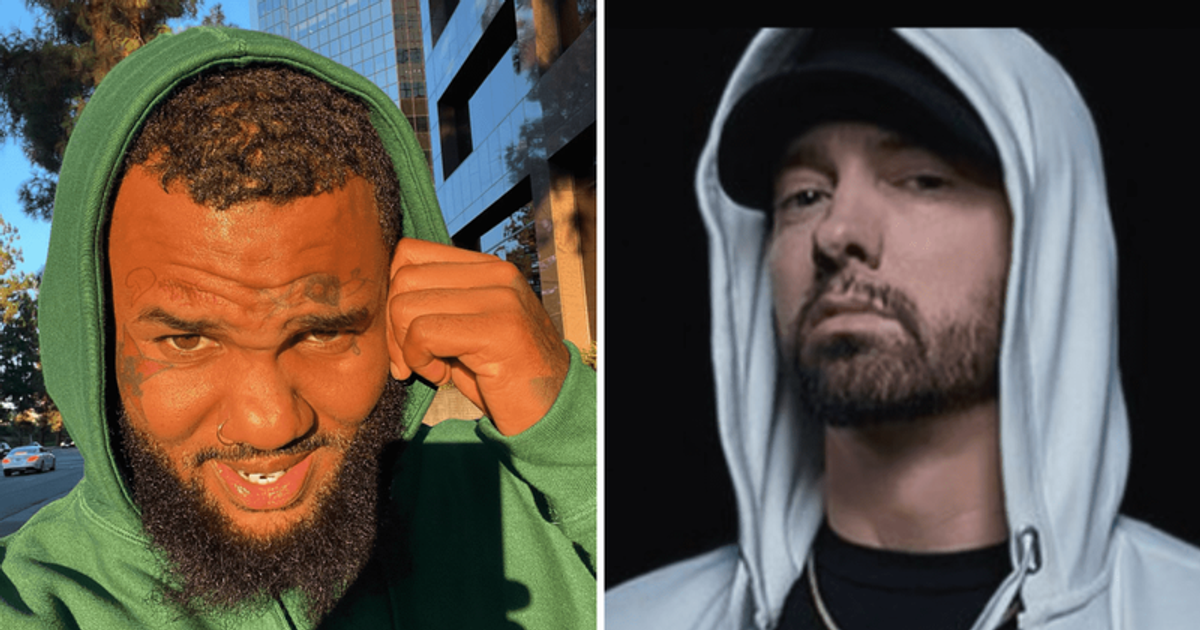 In the song, The Game tells a story about Stan’s brother being kidnapped and taken in an Uber through Eminem’s hometown of Detroit

LOS ANGELES, CALIFORNIA: The Game, who has long feuded with rap bigwig Eminem, decided to continue his anger against him with a brand new single called ‘The Black Slim Shady.’ The 10-minute diss track on Eminem is part of The Game’s new album Drillmatic: Heart vs Mind, due out Friday, August 12th on major streaming platforms. The rapper’s new studio work contains 31 songs with 32 features including Kanye West, Lil Wayne, Big Sean and many others.

Eminem is famous for his alter ego Slim Shady and The Game titled the song “The Black Slim Shady”. The Compton native takes a hard shot at Eminem, from his career via his ex-wife Kim Scott and Dr. Dre to naming other rappers. The diss track soon secured one of the top spots on the trending list as social media users slammed The Game for pulling off his new stunt.

Did The Game snub Jay Z over Super Bowl? Rapper Says ‘I Control My Own Narrative’

The Game in the song tells a story about Stan’s brother being kidnapped and taken in an Uber through Eminem’s hometown of Detroit. While dissing Eminem, he raps, “I was in the Rolls-Royce with 5’9’s when you pretended to be the white Royce Da 5’9/ And the biggest rapper in Detroit, that award is Sean Don.”

In another part of the song, The Game pulls Dr. Dre spitting into the conversation: “Ask Dre, all I have is my word my d**k and my MAC-10/One thing you can never have is my m** **f** *n’ Black, skin/ That’s not a suit I wore, that’s not a mansion to hang a plaque, that’s not a stupid award.” The 42-year-old rapper then raps along with Eminem’s Oscar-winning hit, “Lose Yourself ‘ featuring, ‘So, oh he goes platinum and oh I’m on the ‘math with him’/ He’s got all the blackest friends he wants to be African me/ Left behind for dead on the Doctor’s Advocate/ Dre has never executive produced it, I just imagined it.” In March, The Game claimed Eminem was overrated, but the latter never actually responded.

The Game shoots at Eminem with “The Black Slim Shady”.