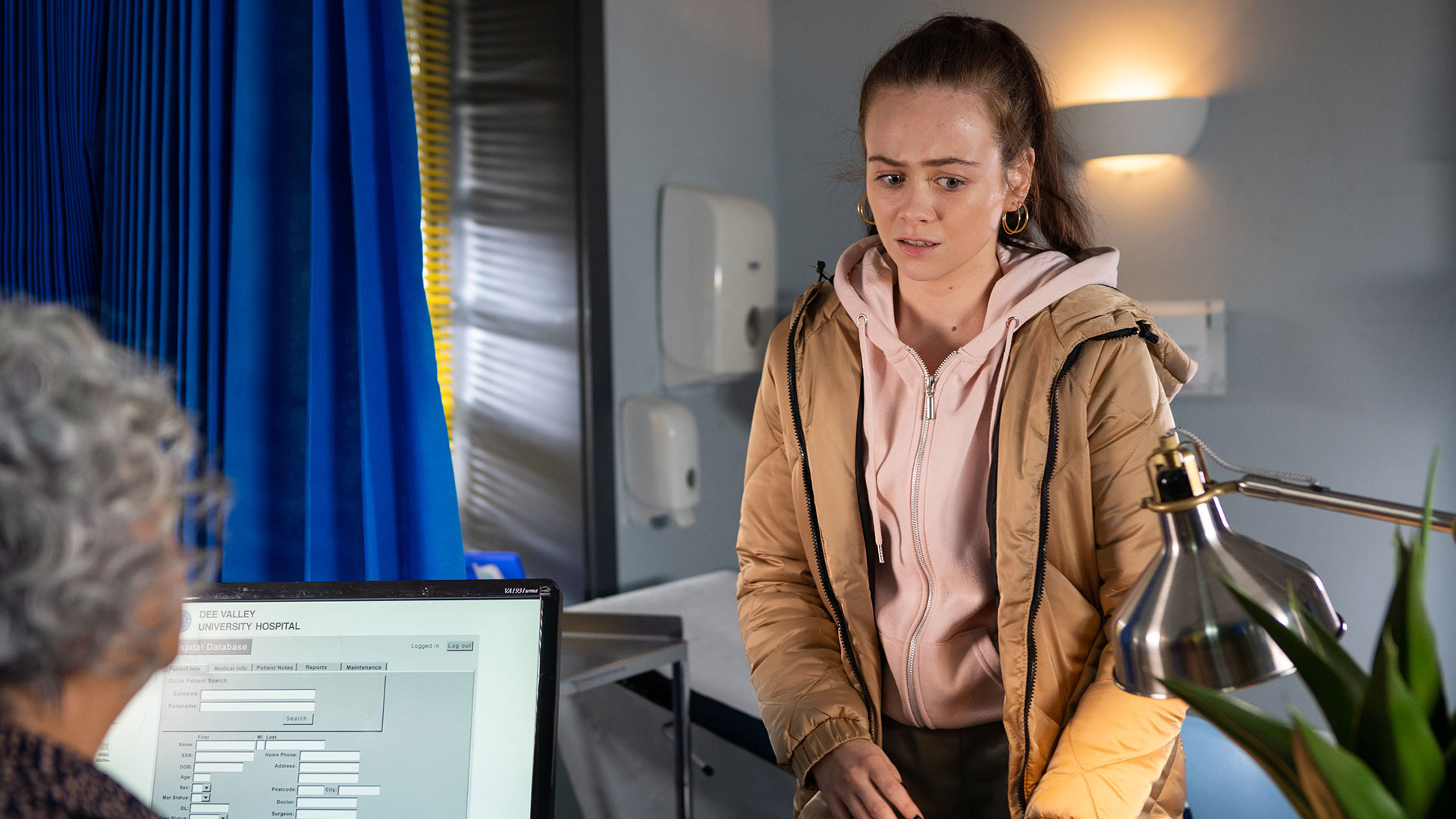 JULIET Nightingale is torn between her love for Nadira Valli and her unresolved affair with Peri Lomax.

But she’s getting a shock this week and her life could be at stake. Get the lowdown on all the Hollyoaks drama.

Though she made her decision by making her romance with Nadira official, tensions still fill the air at Hollyoaks.

On Channel 4, Nadira looks forward to introducing her to her father again and tells her that she has arranged lunch for the same day.

Peri, on the other hand, is encouraged by Serena to take a risk with Julia and tries to impress her with her lucky dress.

However, Juliet gets a mysterious illness, leading her to ask Nadira if they can postpone their lunch with her father.

As her illness persists, Juliet makes the decision to get checked out at the hospital – and Peri is the one doing the tests.

Julia wants to make amends with Nadira and promises her to have lunch with her father.

The doctor tells Juliet that she will need a biopsy.

How will she react?

Will she tell Nadira?

Meanwhile, Olivia Bradshaw (Emily Burnett) has a huge secret to keep, but much to her chagrin, a Hollyoaks resident is ready to uncover it.

Armed with evidence that Olivia is not a qualified teacher, Nancy Osborne (Jessica Fox) goes to school to tell the principal, Sally St. Claire.

But she loses her cool when Olivia hosts a gathering using Charlie Dean’s name as an example of why students at Hollyoaks High don’t feel safe.

Later, another villager gets involved when Sienna Blake (Anna Passey) reveals to Prince McQueen that his fiancee isn’t who she says she is.

Olivia has had relationship issues with Prince.

Will they recover from this revelation?

How will Prince react?