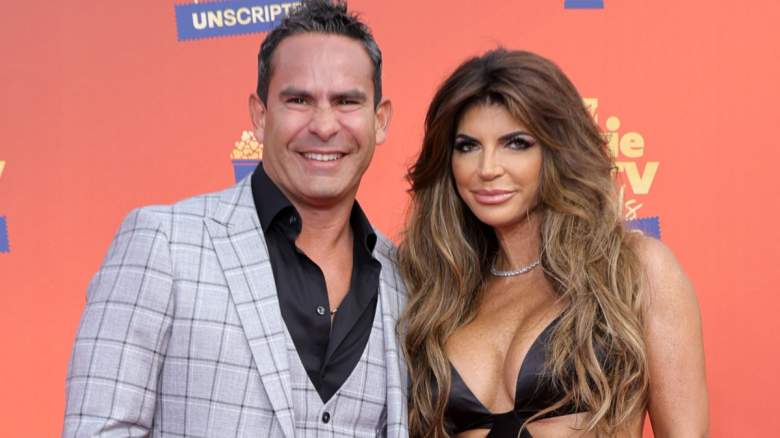 Teresa Giudice and Luis Ruelas are married. The “Real Housewives of New Jersey” stars tied the knot in front of family and friends on Saturday, August 6, 2022 outside at Chateau and Garden in East Brunswick. The reception followed.

“Set on 15 acres midway between Manhattan and Philadelphia, Park Château Estate & Gardens is a beautiful wedding venue and event venue… This elegant wedding venue allows its visitors to step into the pages of a classic French novel by offering the beautiful architecture of embracing time and capturing the essence of romance,” reads the description on the venue’s website.

Giudice chose a white strapless sweetheart dress and long lace gloves for her special day, while Ruelas wore a white suit coat, black bow tie and black pants. Giudice wore a diamond crown and had part of her hair pinned up in it while the rest hung in curls down her back.

According to People magazine, Giudice walked down the aisle to “Ave Maria,” which was a nod to her late parents. Ruelas’ sister, Veronica Ruelas, officiated at the wedding.

“I’m going to love you a million times tomorrow,” Giudice told Ruelas after the two vows, according to People.

In early photos released by fan accounts on Instagram, Giudice’s daughters can be seen at the side of the makeshift altar, all holding bouquets of white flowers.

Just a day before Giudice and Ruelas’ wedding, there were rumors that their brother Joe Gorga and his wife Melissa Gorga would not be there.

Within hours, news broke across the internet about a huge fight between Giudice and the Gorgas, which took place during the taping of the season 13 finale of RHONJ, according to People magazine. The feud is expected to be played out on RHONJ when the show returns to Bravo later this year.

Also, Giudice’s longtime best friend Dina Manzo didn’t attend the wedding. A source told Page Six that there weren’t any hard feelings between the two women, but that Manzo ultimately decided she didn’t want to be on TV, so when Bravo confirmed the wedding would be filmed, Manzo — who was originally at Giudice’s wedding party – goodbye.