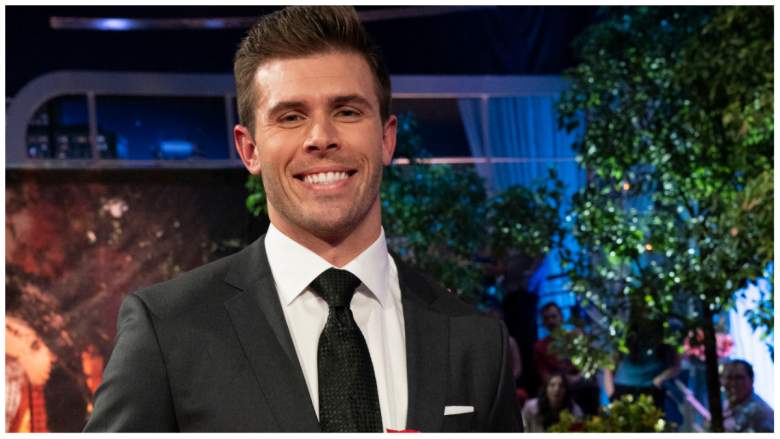 The new The Bachelor star has been unveiled and has already given away his first rose.

In Rachel Recchia and Gabby Windey’s “After the Final Rose” special following the “Bachelorette” finale, it was revealed that Rachel’s former beau Zach Shallcross is ABC’s new leading man.

According to Entertainment Weekly, Zach is a 26-year-old tech executive from Anaheim, California, with a famous uncle — actor Patrick Warburton — but it was his young age that caught Rachel’s eye.

During their overnight date, Rachel, also 26, told Zach that she had concerns about his age and whether he was really ready to get engaged.

“I felt like the ‘old age concerns’ were completely blindsided,” he later told her. “It’s kind of hard to wrap my head around it. i really loved you I saw a future with you, but I have to go.”

A few months later, Rachel is single (her last pick, Tino Franco, didn’t work out) and it’s Zach who’ll be handing out the roses.

On September 20, 2022, host Jesse Palmer announced Zach as the new star of The Bachelor. A few fans in the audience already had their “Zachelor Nation” signs ready.

Zach also had an unexpected and somewhat awkward introduction to five of the women cast for his season. During the live broadcast, he met Brooklyn, 25, Brianna, 24, Bailey, 27, Cat, 26, and Christina, 26.

ABC released photos of Zach posing with some of his ladies, as well as Palmer holding up a rose. The ‘Bachelor’ star later gave Brianna his first taste of Rose after viewers voted for it.

Despite Rachel’s concerns that he’s too young to marry, Zach said he’s ready. In an interview with People, he said, “My take on this is if you know, you know.”

“I don’t think there’s an age limit when deciding to fall in love and get married,” he said. “If you’re ready and you feel well-endowed with yourself, love yourself, trust yourself and want to share that with someone else, it doesn’t matter how old you are.”

Zach also revealed plans to ensure he only keeps women who are on the same page as him in terms of being willing to get engaged at the end of his “Bachelor” journey.

“That’s the #1 thing to keep in mind because you don’t want to wait until it’s too late to find some hard truths,” he told the outlet. “What I’m going to focus on is having that open line of communication and hopefully building that trust in a way that they’re always comfortable letting me know what they’re really feeling.”