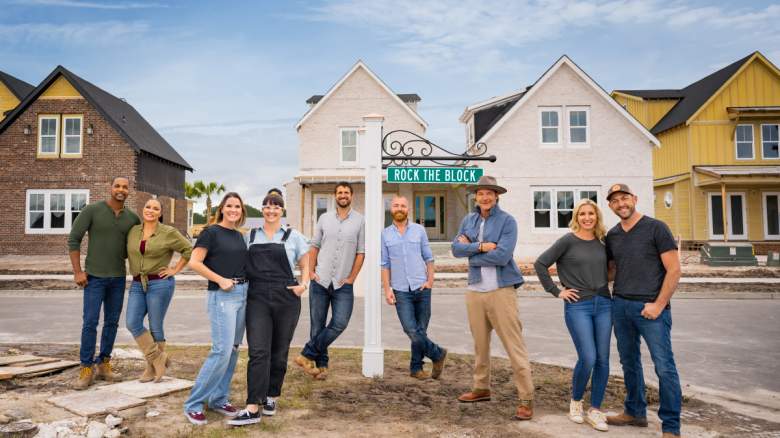 “Rock the Block” goes to the Rocky Mountains. Season 4 of the HGTV competition series is set to be filmed in Larimer County, Colorado, reports the Denver Business Journal.

On September 15, 2022, the Colorado Economic Development Commission unanimously approved $697,800 in rebates for production, according to the outlet.

Big Table Media’s supervising producer Blake Mullins promised the commission that this season’s contestants would go off-site and highlight the state’s architectural and cultural offerings, adds the Denver Business Journal. The production is reported to be expected to “spend $3.5 million in Colorado and employ 46 local crew members.”

“We think everyone will be really proud of how we represent Colorado on this show,” Mullins told the commission.

“Rock the Block,” which premiered in 2019, follows HGTV designers as they renovate identical homes in hopes of earning the highest rating score. Previous seasons were filmed in California, Georgia and South Carolina.

HGTV has yet to announce details or cast for an upcoming season, but the Denver Business Journal reports that the season is set to begin in April 2023.

“Rock the Block” is a proven hit for HGTV. The network reported that season three had more than 14.3 million viewers, and the April 4, 2022 season finale “broke the series’ record as the highest-rated episode.”

“‘Rock the Block’ is an adrenaline-pumping ride of tight deadlines, risky design decisions and spectacular room reveals that draws in new viewers season after season, and that’s great for HGTV’s ratings,” said Betsy Ayala, HGTV senior vice president previously in a press release. “Everyone loves to see our top experts show off their unique renovation skills and it’s exciting to see the friendly competition amongst them for six weeks.”

Each team was given six weeks and a budget of $225,000 to renovate one of four identical homes in Charleston, South Carolina. The homes were originally valued at $500,000.

One of the final judges, “Property Brothers” star Drew Scott, revealed that the homes were all valued within $25,000 of each other. The street ended up being named “Mike & Egypt St.” after they increased the value of their home to an estimated $931,000.

Jackson called the experience “surreal,” while Sherrod explained, “We felt confident. We tried to do the smart things we knew, but at the same time we were scared.”

The real estate expert adds: “We were all here until the early hours. We all did our best. We have also seen it in their homes. We are blessed to have won but we share this with everyone.”

The other past winners are Jasmine Roth from Help! I Wrecked My House” and Brian and Mika Kleinschmidt from “100 Day Dream Home”. Ty Pennington hosted seasons 2 and 3.