‘Fight to be smart’: Angry Dave Chappelle fans say ‘they’re done’ with him after ‘SNL’ monologue 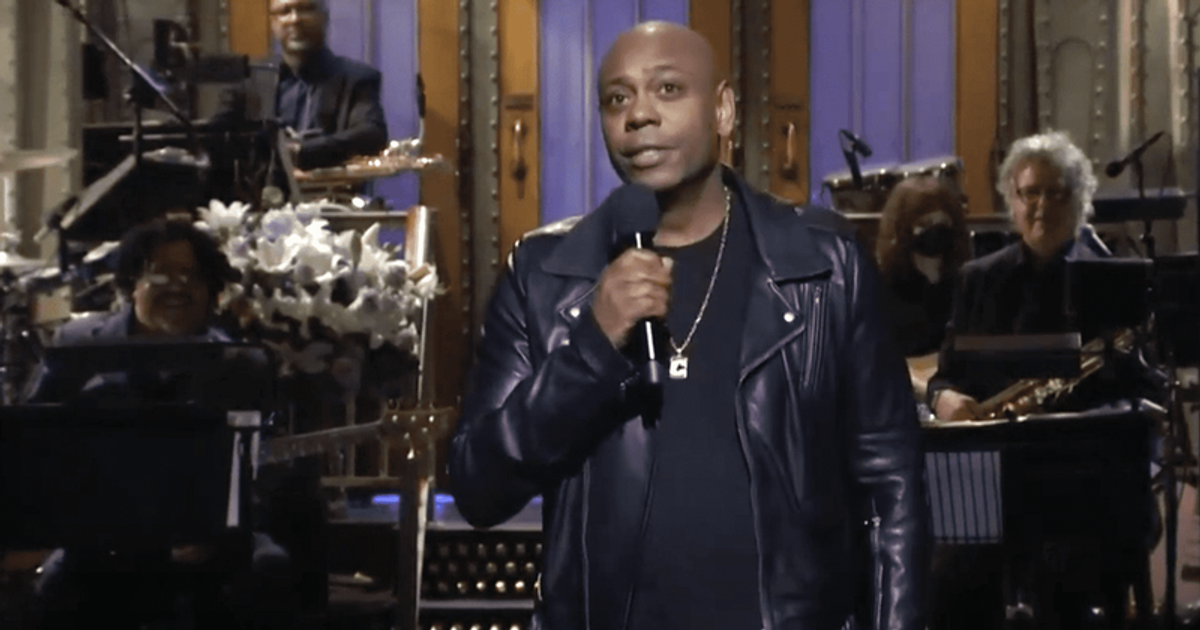 Saturday Night Live is one of the most hyped shows hosted by some household names. Not long ago we saw none other than Kim Kardashian hosting the show, this time it’s none other than Dave Chappelle. Chappelle, known for his satirical comedy sketch series Chapelle’s Show (which ran for three seasons), decided to talk about someone who’s been making headlines in recent weeks. The controversial comedian hosted the show and addressed the firestorm surrounding Kanye West, who legally changed his name to “Ye” after making comments about Jewish people.

People expected Emmy Award-winner Chappelle to opt for something political as the SNL show once again came after a crucial election in the country. Chappelle also spoke out about NBA star Kyrie Irving after the “Kickin’ It” star made headlines for his anti-Semitic behavior and comments. In his hour-long monologue, Chapelle also touched on a range of other topics, including Georgia Senate nominee Herschel Walker and, of course, Donald Trump’s success in the 2016 presidential election.

Chappelle began the show by reading a statement that said, “I condemn anti-Semitism in all its forms and stand by my friends in the Jewish community.” “And so, Kanye, buy yourself some time,” Chappelle joked. He went on to say that Ye broke “the rules of show business,” which are “the rules of perception.” “If they’re black, then it’s a gang. If they’re Italian, it’s a mob,” Chappelle said. “But if they’re Jewish, that’s a coincidence and it should never be talked about.” Chappelle went on to speak about the abundance of Jewish people in Hollywood. “But that doesn’t mean anything,” he said. “There are many black people in Ferguson, Missouri. That doesn’t mean they run the place.” Chappelle said he could see, “if you had any problem, you could go to Hollywood and start connecting some lines, and you could maybe embrace the illusion that Jews run show business operate.” “It’s not a crazy thing to think about,” he said. “But it’s crazy to say that out loud.”

Not only did Chapelle face backlash from fans, but Anti-Defamation League chief executive officer Jonathan Greenblatt took to Twitter on Sunday to criticize the comedian and the NBC late-night show. “We shouldn’t expect @DaveChappelle to serve as society’s moral compass, but it’s disturbing to see @nbcsnl not only normalize #antisemitism, but popularize it,” Greenblatt tweeted. “Why are Jewish sensibilities denied or belittled on almost every corner? Why does our trauma elicit applause?”

Meanwhile, fans took to expressing their own thoughts by flooding Twitter with a plethora of tweets on the subject. One fan wrote: “Dave Chappelle on SNL tonight is kinda wincing. Wow.” One fan shared, “Kanye is watching #SNL with #DaveChappelle,” while another added, “Idk man but Chappelle lost it. He’s not as funny as he used to be. A lot of his latest stuff is bizarre. This monologue was choppy. No, nothing hysterical. He tried to be smart and controversial, but it didn’t work.

One fan said: “I denounce anti-Semitism in all its forms and stand with my friends in the Jewish community. – Dave Chappelle on SNL.” One fan wrote, “I’ve been through with Dave since all of his anti-trans stuff, but that got me even further away from him. It’s wrong to generalize about people from any group, and he has given everything.”

You can watch Chappelle’s monologue on ‘SNL’ below.