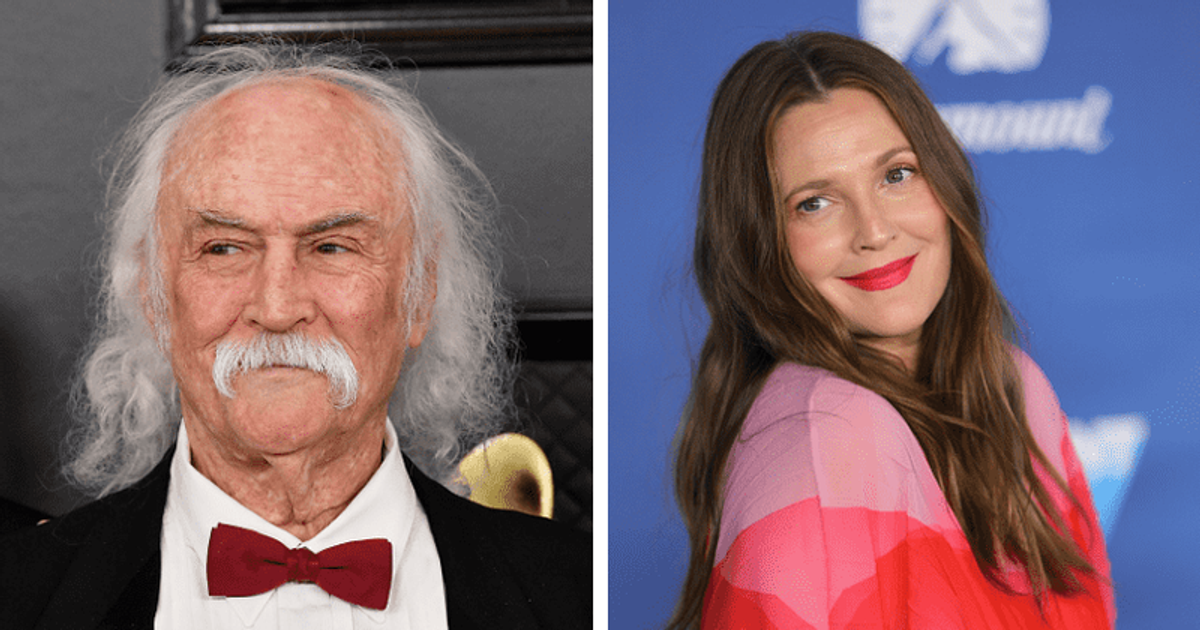 LOS ANGELES, CALIFORNIA: In an interview that resurfaced after the death of David Crosby, 81, the rock legend revealed he had a very special bond with Drew Barrymore. After a long battle with an unknown illness, founding member of the Byrds and Crosbys, Stills & Nash, died on Wednesday 18th January.

Following his death, people are now paying tribute to the Rock & Roll Hall of Famer for his generosity, particularly for the support he and wife Jan Dance have given the 47-year-old ‘Charlie’s Angels’ actress at a difficult time in their life. In an interview with Howard Stern, Crosby recalled, “We knew her because we were in recovery at the time. We probably went to meetings three times a week and we were completely sober.” The Grammy winner explained, “She was at a facility that a friend of ours ran and they were like, ‘Oh shit. Your insurance will expire. We have to throw them out . And she’s not ready yet. She needs a safe place to go.”

David and Jan became surrogate parents for the young actress. “We took her to school in the mornings and tried to be a good influence. I think we were kind and loving and it felt good.” “You try to do things and you’re not sure how it’s going to work. I think that worked. I think she has become a responsible person and a nice person,” he said, expressing how difficult it can be to recover.

At the young age of 12, Barrymore became addicted to cocaine and attempted to harm himself by the age of 14, according to the Daily Mail. When Barrymore met Crosby and his wife, she was legally emancipated from both of her parents. In her autobiography, Little Girl Lost, she spoke about her time with the couple. Barrymore said: “David and his wife Jan, who were both close friends of my therapist Betty, acted as an invaluable support team to me, like surrogate parents. You have always been there for me.”

The talk show host revealed in 2021 that her journey to sobriety is still ongoing, while announcing she had quit drinking in 2018. “It was something that I realized just wasn’t serving me and my life.” Barrymore has yet to speak publicly about Crosby’s death.