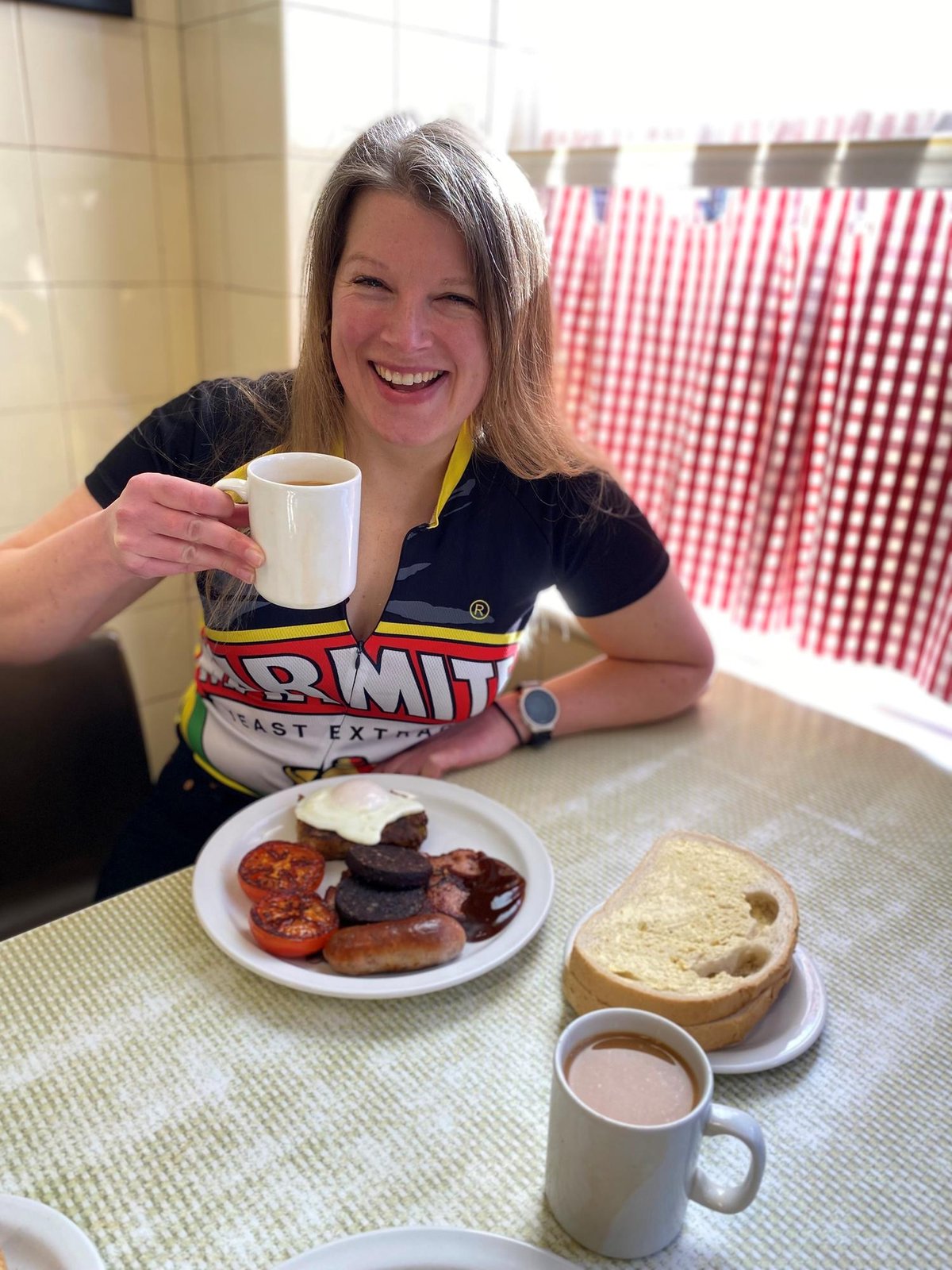 We chat to her about oatmeal and her favorite independent cafes

If you’re one of those people who wake up hungry, you should read Red Sauce Brown Sauce: A British Breakfast Odyssey by Felicity Cloake.

It covers this author’s journey across the UK on her bike named Eddy to sample regional variations on our first meal of the day, be it a full Scottish breakfast, a Desi version in Birmingham or an Ulster Fry.

Cloake seems to have indulged in a foodie fetish. As she points out, Instagram’s Fry Up Police has over 750,000 followers, which is more than the churches of Scotland, England, Ireland and Wales combined. Although this account was created to review breakfast, Cloake isn’t here to make us feel guilty about having the same toast and marmite every day.

“Even the most adventurous eaters tend to be conservative at breakfast. We all crave comfort to get our day off to a relaxed start, so I understand people striving for the same thing every morning, it saves the hassle of overthinking it,” says the London-based author. “Nevertheless, there is nothing wrong with enjoying these traditional dishes at other times of the day; a kipper isn’t just for breakfast.”

Not that she has a foothold when it comes to criticism. In the book, she admits to some controversial petty crimes.

“As someone who puts jam on their bacon rolls, I don’t like to judge other people too harshly,” she says. “However, a pale, limp sausage on a bratwurst makes me queasy. It would have been best if it had been burned to ashes. And, like Alan Partridge, don’t get me started on beans touching eggs.”

The idea for Red Sauce Brown Sauce came to Guardian columnist Cloake a few years ago while she was on holiday, cycling through the Outer Hebrides and feasting on black pudding buns. After she secured the publishing deal, Covid delayed the planned trip by 14 months, which probably made tasting all 47 breakfasts on her 2,388km journey all the sweeter. Her momentum didn’t let up, thanks in part to the quote from AA Gill pinned to her wall at home; “Breakfast is everything. The beginning, the first. It is the bite that is surrender to a new day, a continued life.”

Although this is Cloake’s seventh book, Red Sauce Brown Sauce follows a similar format to her last read, One More Croissant for the Road – another travelogue and gastronomic memoir. Like the last book, her latest read is riddled with recipes. These include those for the Savoy’s Omelette Arnold Bennett and “Scottish Porridge”. Sweet or salty?

“Both! You have to have a good pinch of salt in the porridge itself to bring out the flavor, but I also like something sweet on top, preferably either golden syrup or crunchy brown sugar. Sorry, I can’t help but be English She says, “I don’t generally defend myself by adding fruit or yogurt or other nonsense, I’d rather let the oatmeal do the talking.”

The book also features plenty of educational charts explaining things like the difference between a softie, a morning roll, a Kentish huffkin and a West Yorkshire bully, as well as travel stories including a bad hotel in Fife, a painful massage in Edinburgh, and the dangers, Eddy , named after the famous cyclist Eddy Merckx, to take with you on the train. She always takes the detour between feedings.