‘FBOY Island’: Here’s who’s still in love and who broke up right after Season 1 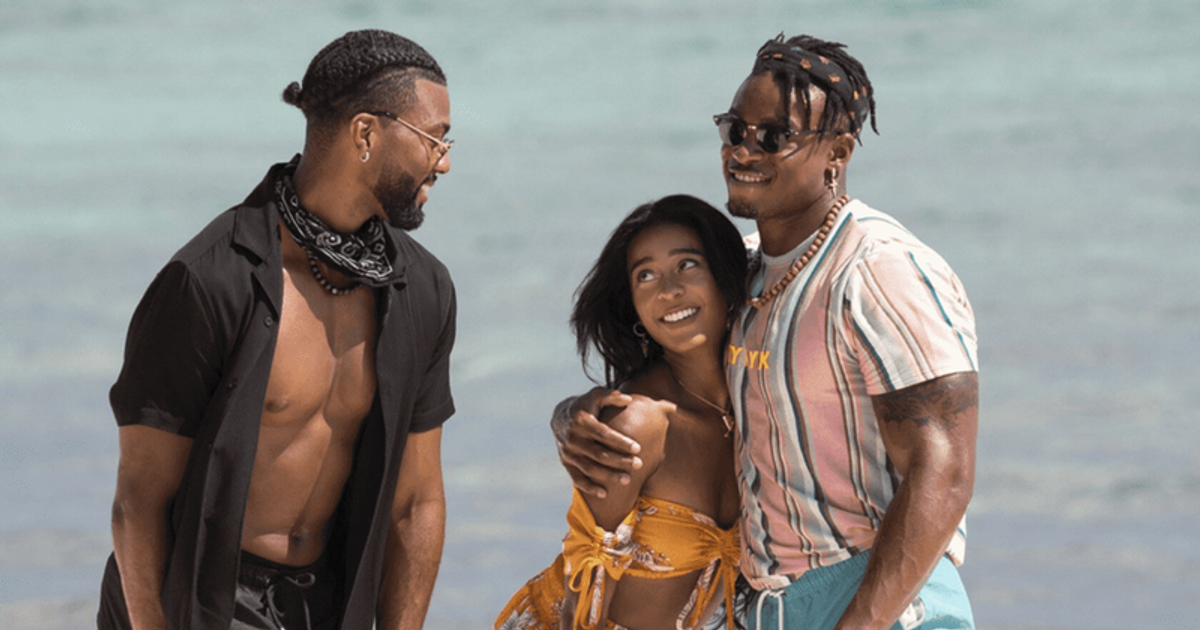 In the first season of the HBO Max original “FBoy Island,” three ladies chose a mate from a pool of 24 men, 12 of whom were decent people and 12 were self-proclaimed FBoys. But are some of the season 1 couples still together?

The HBO Max reality show presents three women who had to choose a partner from a pool of 24 men. Half of the suitors were self-proclaimed good people, the rest “fboys” who are not looking for love but for the reward after the competition. The prize is $100,000 in cash. According to creator Elan Gale, the show’s other purpose is to “test whether people can change for the right person.”

Glaser also commended the women for staying focused on their goal of finding a marriage partner. “It’s part of what these reality shows need to be. In order for love to blossom so quickly, to have as much drama and tumult as a real relationship would have over the years — you put a relationship in a pressure cooker — you have to make it happen, so these people are constantly together,” you explained, “talking about dating all the time and doing nothing but eating, sleeping and talking about boys.”

Watching from the sidelines helped the Ohio native respect the reality stars even more. “The girls worked harder than everyone else. I became very obsessed with them getting enough sleep and taking care of them because I wasn’t really able to talk to them off camera. They didn’t want me to possibly hide any information even though I didn’t have it,” Glaser said. “At one point I would just slip them notes like I was in high school and fold them into little origami shapes just to call them and say, ‘Hey, if this is too much, here’s my hotel number. Try to find me and let’s talk.’ The entire cast ate, slept, and drank throughout the show, while I had a lot more free time.”

To see if your favorite FBOY Island couple is still together, scroll down:

Sarah Emig, a Yelp salesperson, appeared on the show. While Sarah was on the show, many men admired her. However, she became close friends with Garrett Morosky and Josh McDonald. Garrett made it clear from the start that he’s only in the program for the money. Despite several red flags during her engagement to Garrett, Sarah singled him out because “he’s shown a desire to change.” Garrett immediately dumped Sarah, claiming he saw no future with her. Sarah’s social media posts emphasize the fact that she is single.

Nakia is a hair and makeup artist based in Los Angeles. Nakia had a soft spot for Jared Motley from the start. Despite her suspicions that Jared was an FBoy, Nakia made plans to approach him. Although Jared started the episode as an FBoy, he quickly found that Nakia was more important to him than money. He even admitted to being in love with Nakia. Since they choose to keep their relationship life private, it is uncertain if Nakia and Jared are still together. Jared, on the other hand, recently appeared on her live show.

Nakia’s bet with Jared jeopardized her $100,000 reward. Jared stunned the audience when he kept his word and the two split the money. Although they continued to be together off the island, Nakia later announced that they had split. “Things didn’t work out between him and me. We go in two different directions as far as we want,” the makeup artist noted in a video uploaded to Reddit in September 2021. Although they continued on an off-island date, Nakia later explained that they had broken up: “Things didn’t work out between him and me. “What we want, we’re kind of moving in two different directions,” the makeup artist said in a video posted to Reddit in September 2021. “It was a real relationship.” It wasn’t just for the camera. “He tried, I tried, and it just didn’t work, just like any other real relationship.”

CJ Franco is a social media influencer, model and content creator. She has also established herself in the field of stand-up comedy. CJ was smitten with Jarred Evans, a model and brilliant and accomplished football player from Miami, and she chose Jarred on the last day. CJ and Jarred have chosen to keep their romance off the internet. There have been various indications that they are not together.