Fate: The Winx Saga Season 2 Ending Explained: Bloom finds her mother in the dark realm, leading to a NEW mystery 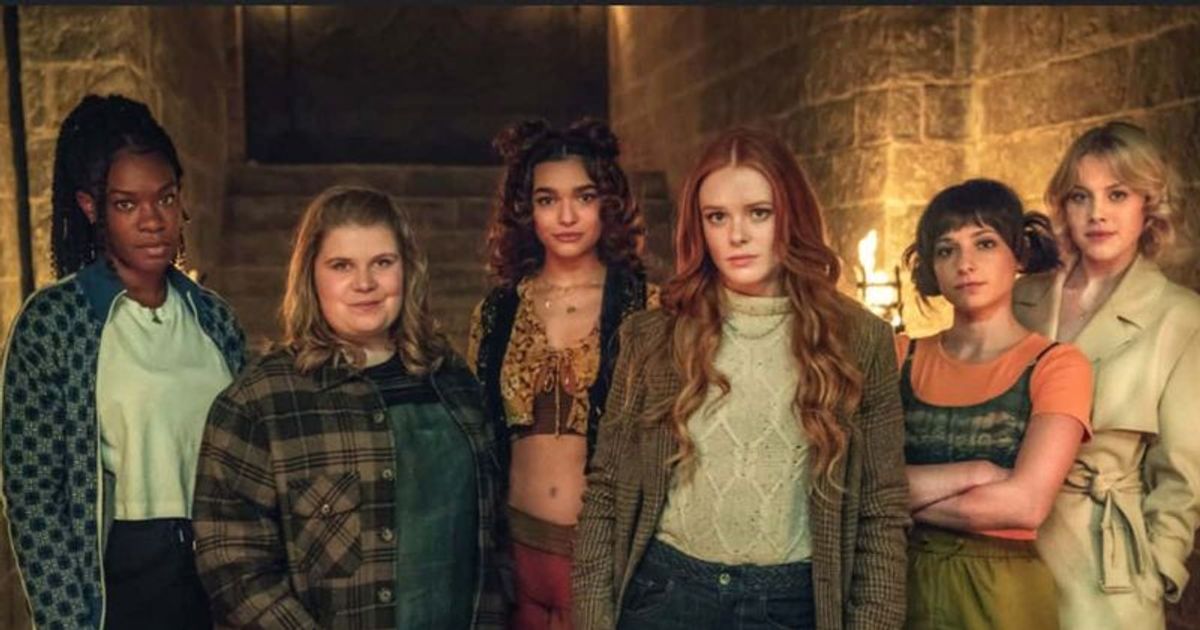 When Bloom stumbles upon her birth mother, will she give her some clarity or push her down the wrong path?

It’s that time of year again when all the Alfea fairies reunite and bring back the long lost magical love everyone had for the cartoon. Fate: The Winx Saga is a Netflix teen drama series based on the Nickelodeon animated series Winx Club, created by Iginio Straffi. This season began with the all-too-powerful fairy-turned-headmistress, Rosalind, taking over the fairy school from Alfea with the help of Solaria’s guards and Stella’s mother.

The series features an ensemble cast based on the characters of the animated series, with Abigail Cowen starring as Bloom. Speaking of Bloom, she finds ways to find her mentor and beloved Headmistress Farah Dowling, who no one knows is actually dead and was killed by the new Headmistress! The other girls, Musa (Elisha Applebaum), Terra (Eliot Salt), Aisha (Precious Mustapha) and Stella (Hannah Van Der Westhuysen) are now trying to embrace the changes but are having a hard time as the new rules bring them with them to feel threatened. Oh, surprise, surprise! Another fairy who joins the “Winx Club” is Flora (Paulina Chavez). However, Rosalind certainly has other plans for her star student Bloom, who transformed last year, but Bloom seems to be very headstrong when it comes to finding out about her birth parents and ending the chain of evil that is coming around her take power! Let’s find out what happened at the end of Season 2.

When Bloom learned from Sebastian after they met in the shady diner that Rosalind was the one who killed Miss Farah Dowling, she couldn’t control her anger as they used all their magic on Musa to regain her powers after she been attacked by Sebastian had magical suckers. Channeling the Convergence Stone caused Bloom to lose his temper and she killed Rosalind while attempting to retrieve Bloom’s dragon flame to control the magical dimension.

When Bloom was condemned to the Holy of Holies by Stella’s mother, the Queen of Solaria, for the murder of Rosalind. Flora was working at her study table when she realized that the dead plant she found in the graveyard was actually a resurrection plant when Farah Dowling, through the power of the Dragon Flame from the Convergence Stone, helped her bring it alive for just a few hours when she demanded the help of the force of nature to preserve her soul or spirit, and since she could not win the battle against Rosalind, she could not live forever.

With Bloom not thinking clearly and Sky being imprisoned by Sebastian the Blood Witch and the Mastermind, someone had to get through to Bloom to stop them one way or another lest Sebastian gain control of Bloom’s dragon flame. Beatrix and Stella’s newfound friendship was the reason Beatrix pretended to have killed Sky, putting her selfish motives aside. However, this act of selflessness killed Beatrix. Meanwhile, Flora lured Sebastian’s magical suckers as an act of self-sacrifice and helped her cousin and new friends stop Sebastian! However, she was attacked by them and lost her powers.

Remember the previous channeling of powers and Bloom’s dragon flame helped them feel more powerful? And how did Farah Dowling teach the fairies one last time to use their emotions that drive them to help them transform? Yes! That came to work. When Sebastian threatened them to defeat them all, they used their inner feelings and their powers in the Convergence Stone mixed with the Dragon Flame escalated their powers even more, which helped them transform into their fairy form and defeat Sebastian. Despite this, all the fairies regained their powers and the specialists who were under the spell of the blood witch leaders waned.

Bloom knew from her previous visions that in order to save the other world and the magical realm, she had to sacrifice herself and go to the dark realm to destroy the conduit Sebastian was opening. The conduit was too powerful since he opened it because he absorbed all the fairy magic he attacked and so only the dragon flame was just powerful enough to close it. Bloom wrote letters to all of her friends and to Sky, but Sky interrupted her not to do so, but he too knew what the right thing to do was. At the end of the episode, when Bloom got on the line and the portal closes, everyone is seen mourning since Bloom is gone when Aisha finds the letter, but on the other hand, Bloom is exploring the Otherworld aka the Dark Realm that nothing has much except lands of nothing. She sees a tower and goes inside only to find out there is a woman standing there who is her birth mother who made the decision to go to the other world as the Dragon Flame magic is too powerful and people who are after Power thrive, either threatened or wanting to claim it.

Fate: The Winx Saga Season 2 is currently streaming on Netflix