‘Fartgate’ and more: ‘The View’ fans shy away from strange noises and loud fart noises 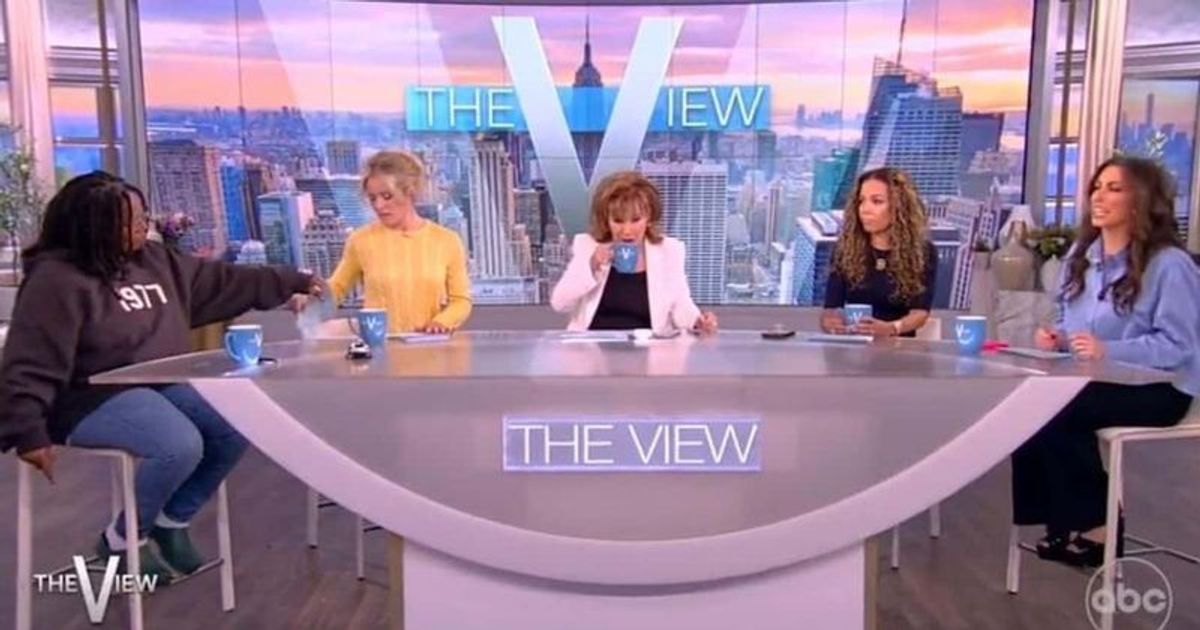 NEW YORK CITY, NEW YORK: Viewers of “The View” heard a loud fart sound during the show’s live broadcast Wednesday. Between segments, Whoopi Goldberg informed her co-host Sara Haines that something was dripping, and when Haines looked down to see what it was, she shifted slightly in her seat when what appeared to be a farting sound came over the microphone.

The talk show began with a discussion of former Vice President Mike Pence’s Indiana home, which was recently searched and a number of classified documents found there. But the situation took a funny turn when a loud farting noise was heard.

“Is The View audience still masked?”

Alyssa Farah Griffin, a former adviser to Donald Trump, spoke about the documents discovered at Pence’s home. Griffith, who was once Pence’s press secretary, told Haines about her shock at the news when Goldberg started pointing out the lake.

Haines winced in surprise when Goldberg pointed to a large puddle on the desk, and while Goldberg said nothing, Haines moved her chair quickly when the sound came, indicating that she was about to move.

Joy Behar, still trying to understand what was going on as she discussed Pence, glanced over at Griffith, who began to laugh at the absurdity of the scenario. “Something spilled on the other side of the table,” Griffith said, laughing.

After the talk show footage went viral, Twitter was filled with reactions about how the show is filled with such things and how they think people shouldn’t watch them. One user wrote, “Is the viewing audience still masked?” Another user wrote, “Whoopie looks like she’s been holding a fart since 1988,” another user wrote, “Great coverage of this big story.” Another user commented, “This massive, low-velocity wave is the culprit for the Earth’s core to stop and change its rotation.”

One user said, “If it smelled like leeks and potatoes…Joy…if it smelled like a septic tank in August…probably Whoopi.” Another user said: “The only way this show has been relevant since Trump’s absence is literally crap. Love that for them!” Another user said in disgust, “The smartest thing that’s ever come out of them.” “Probably the most interesting thing that’s happened to the show in a long time,” said another fan. Another user chimed in : “Who was the farter?”

My 600-lb Life Season 11: Stars faced with life-or-death decisions try to turn their lives around

My 600-lb Life Season 11: Stars faced with life-or-death decisions try to turn their lives around