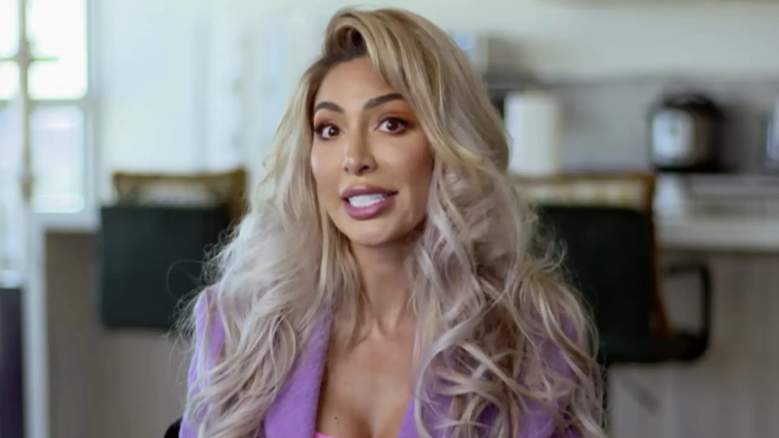 Farrah Abraham showed off her bare bottom in a recent Instagram pic.

The 30-year-old’s experience at Miss Hudson Academy was posted on the company’s Instagram account in a photo, seen here.

In the caption, the company wrote, “Farrah had @misshudsonsacademy perform a number of procedures here.” They continued, “Booty Correction Complete. Farrah originally had Buttock Fillers previously at a doctor in #BeverlyHills. Unhappy with the result, we reconstructed the loot 🍑 and added symmetry and projection to bring everything back into #shape. Finish with the Signature #Snatched Package; 🔥 Covers the following areas; Jawline & Cheek Correction, Rhinoplasty, Lip Correction, Brow Lift (with Filler)”.

On her Instagram Story, per The Sun, Abraham shared another photo with a staff member at Miss Hudson’s Academy. She captioned the picture, “Gettig Birthday ready!”

This isn’t the first time Abraham’s experiences with cosmetic procedures have been documented or posted on social media.

On April 29, Abraham shared a video on Instagram of her receiving injections in her butt.

In a post on her Instagram Story, which In Touch Weekly says is no longer active, Abraham joked, “Mother’s Day laughter brought to you by nitrous oxide.” After the injections went into her buttocks, she told her followers, ” It’s in there. I’m so excited moms check it out.”

According to In Touch Weekly, Abraham has undergone a number of cosmetic procedures including rhinoplasty, chin implants and breast augmentation.

In February 2014, In Touch Weekly spoke to Abraham after he underwent rhinoplasty and a chin implant. She told the outlet, “I’ve hated my nose since I was 13.”

After the procedure, she shared, “I’ll never have to hate anything on my face ever again. I feel great!”

In 2012, Abraham wrote a book called Dream Twenties: Self Guided Self Help Memoir. In it, she spoke about her chin implant from 2012, which she was unhappy with. That procedure would likely have cost her over $7,000, according to The Sun