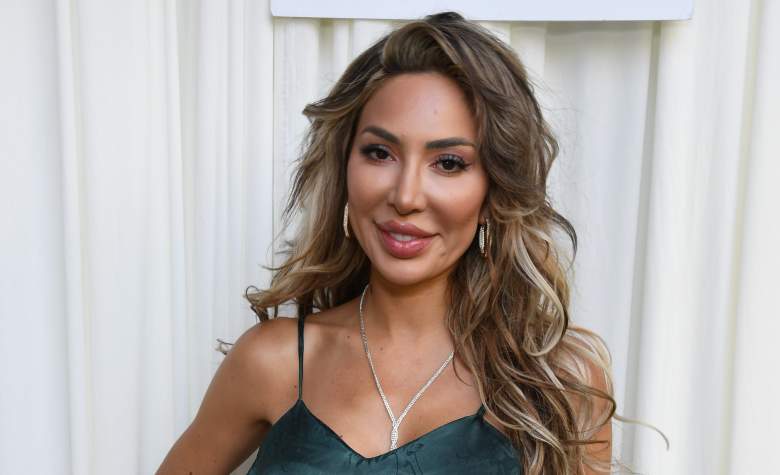 “Teen Mom OG” alum Farrah Abraham has blasted claims that she abused her 5-year-old pony, Starburst. Abraham faced backlash after Starburst’s eye was injured, and then she said the pony “throws” children’s parties where kids are allowed to draw Starburst.

“Farrah, her family and professionals who watch Starburst do not condone animal cruelty or neglect,” her rep said in a statement to Heavy on July 25.

Abraham spent thousands to pay Starburst’s medical bills so her eye would be saved. The Teen Mom OG said Starburst’s injuries occurred while Starburst was staying with her father, Michael Abraham, but the pony has since been moved to a stable.

“Starburst is more than well taken care of and is no longer staying at her father’s house after Farrah found Starburst with black and damaged eyes and other markings,” the statement continued. “Farrah had Starburst observed by vets 24 hours a day in the intensive care unit, while Farrah did everything possible to keep Starburst’s eye from being vaccinated, with bills exceeding $4,000 a month for four months.”

Starburst’s eye was “saved” and she now has “the color back and can see out of both eyes again.”

Not only has Starburst found a new home, but she also meets other animals in a stable and is doing better than before.

“Farrah has a limit now and at this horse boarding facility kids can socialize and play with therapy horses like Starburst, have kids parties, be pampered, get extra hay and lots of love from kids, that’s a far cry from what animal neglect is, the way Farrah treats Starburst like their own child,” Abraham’s rep told Heavy.

“Farrah and Sophia are thrilled to see Starburst happier than ever,” the rep concluded.

Abraham posted a picture of Starburst, purchased for Abraham’s 13-year-old daughter Sophia in 2016, covered in paint.

“Starburst hosted her first birthday party!” wrote the Teen Mom graduate on July 24. “We are so proud of this birthday wish come true! 🦄Starburst let the kids 🎨 draw unicorn designs, pet them and feed them!”

“Starburst knows she’s a must-have for a birthday party!” she said. “We are proud 🦄Starburst is back and moving on after 4 months of healing and can see both eyes! 🦄We are so happy to see Starburst happier than ever and being a #workhorse. Go Starburst Go!”

Abraham once referred to Starburst as her “soul sister”.

“She’s under a year old so we still have a lot of training for her,” she continued. “The vet comes to you once a year, you hang out, you’ve got your hay, you’ve got the alfalfa cubes, you’ve got their grain. It is so easy. She is my soul sister – I love her.”

Abraham is not scheduled to appear in Teen Mom: The Next Chapter. She had a brief appearance on Teen Mom: Family Reunion but left after one day.

She vowed never to appear on MTV again.