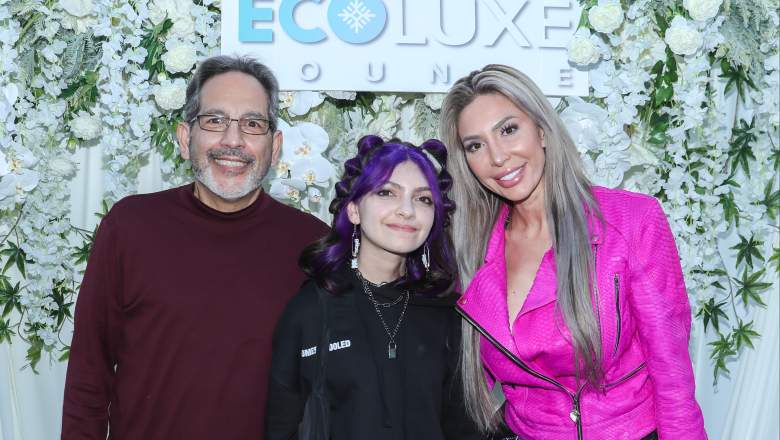 “Teen Mom” ​​alum Farrah Abraham wished Jerry Underwood, her daughter’s paternal grandfather, a Happy Father’s Day. The MTV star created a TikTok video for Underwood, whose son Derek died in a car accident in December 2008 at the age of 18.

“ALL FATHERS WHO ARE WITH US PRESENTLY AND THOSE WHO HAVE PAST, Happy Father’s Day,” Abraham wrote on June 19 our life through it all.”

“A very Happy Father’s Day to Grandpa Jerry! Fatherhood wasn’t easy but you have a 12 step life and you’ve always been a role model for me!” she continued. “I am blessed to have you in my life and your amazing granddaughters and so many more of your children! Loving You! Philippians 4:8.”

Abraham’s video was a photomontage in which she paid homage to Jerry Underwood and Sophia’s father, Derek Underwood. In one picture, 13-year-old Sophia held a Happy Father’s Day balloon at Derek Underwood’s grave.

The Teen Mom graduate was arrested outside a nightclub in Hollywood, California, after she was accused of hitting a security guard. The district attorney has not filed any charges against Abraham, but they have a year to take action, Abraham’s attorney told Heavy.

“The pettiness of excluding her actual father 🤦‍♀️,” one person wrote on Instagram.

“What about your own father?! Her dad always comments that I’m defending her but she can’t even mention him in her post…wow,” agreed a second person on Instagram.

Other people were happy to see that Sophia was able to maintain a relationship with the paternal side of her family.

“Of all the things that are bizarre about Farrah, one of the most bizarre things is that she never seems to have had a fight with Derek’s father/family like she does with everyone else 😂,” they said. “I’m glad Sophia has a relationship with you, she deserves it.”

Abraham is traveling with her mother, Debra Danielsen, but she hasn’t said anything publicly about a feud with her birth father.

Michael Abraham attended an event for Debbie Durkin’s Ecoluxe Film & Music Experience in Beverly Hills, California in January 2022 with his daughter and granddaughter.

The following month, the former Teen Mom star wrote a special message for her dad’s birthday.

“Happy 65th birthday to my only dad! @michaelabrahamofficial wishing my dad an amazing year!” she said.

“A big thank you to my dad for being there for me through one of the toughest years of my life and growing with me forever, it means more than I could write and I’m blessed to have an amazing dad,” continued Abraham. “I love you dad!”