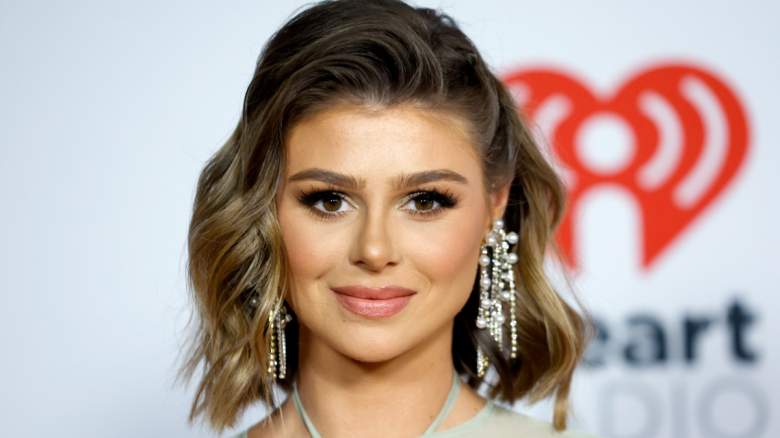 On June 10, Leviss shared a makeup-free video on her Instagram story, and fans noticed the change.

A Reddit thread titled “Ok Raquel is beautiful but I’m shocked at how different she looks without makeup” was started to discuss how different her face looks.

“This is what happens when we’ve seen too many IG filtered images. We forget what real faces look like,” one wrote.

“I thought she looked so young and beautiful,” one fan wrote. “My skin is very similar to hers, I’m not sure if acne scarring is common but I suspect the percentage is high.”

“I love any natural photo, it really shows that ‘celebrities’ aren’t all that special after all and with enough makeup most people can look stunning,” someone said. “She looks good here and I like her a little bit more for showing her in this picture.”

“Looks like she has filler migration over her lip. It becomes even clearer in the video. I hate that look other than that she looks pretty imo,” one fan wrote.

“Too much makeup and filters have distorted our idea of ​​beauty. She doesn’t usually share this version of her face,” someone said.

“I agree, I almost didn’t recognize her. She looks amazing, just different,” wrote another fan.

“I’m so sick of people getting botox and fillers in their 20s and 30s. Just invest in a skincare routine ffs,” someone said.

“If it wasn’t for the title, I wouldn’t have had a clue who that was. She looks very different from the show. Wow,” wrote one fan.

“I’m so sorry but I think she looks Rough here,” wrote one fan.

“Botox and fillers look great with makeup. Without it, it’s pretty much all you see,” said someone else.

“That’s what all these filters etc do, they can’t even tell what someone really looks like without them anymore,” one fan pointed out.

On June 5th, the Miss California pageant was held at the Hyatt Regency Orange County. Leviss competed at Miss Malibu and made the top 15 but failed to win the entire pageant.

The top 5 consisted of:

Featuring Tiffany Marie Johnson, who was crowned Miss California for her “outstanding performance at the state finals,” according to Angelopedia.

Leviss spoke often about her time in pageants, and on April 1, 2022, an episode of Katie Maloney’s You’ll Love Me podcast, Leviss announced that she was returning to the competition.

“This is actually new to you,” she told Maloney on the podcast. “This is news for everyone. I have a very fun, special announcement to make. I’m running for Miss California USA. Weekend June 3rd. Yes, I’ve been training and preparing for this competition and I’ve put all my energy into preparing for it.”