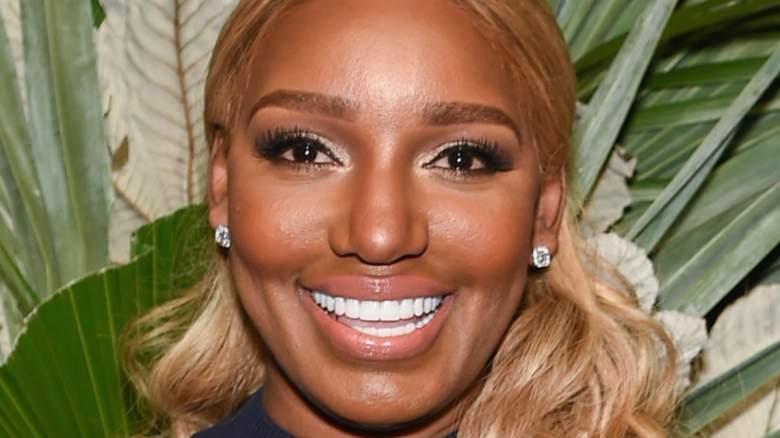 Nene Leakes has once again confused her fans on social media.

The photo was the first selfie Leakes has shared in almost a month. She didn’t leave much of a caption besides the kissing lip emoji. In the picture, Leakes sported a deeper caramel hair color with a blonde frame around her face. She also sported a dramatic pink and brown eyeshadow with black eyeliner and false lashes. Her pout was perfectly outlined with a brown lipstick and filled in with a nude gloss.

Overall, Leakes was beaming in the photo as she looked to the side rather than looking directly into the camera lens. And while she capped comments on the post, fans still took the time to react.

Leakes’ photo received more than 67,000 likes in the first 24 hours it was live. Comments piled up, too, with many Instagram users sharing their feelings about Leakes’ apparent new look.

“She had a full face transplant,” wrote another.

“She. Had work on her face,” said a fifth person.

“But that’s not her real face with that fake wig hair color. Repost without the filters and let’s see what people say,” added another.

This certainly isn’t the first time Leakes has been told she didn’t look like herself.

In September 2021, the former reality star shared a photo of herself in her car, and fans immediately took to the post’s comments section to question Leakes’ looks.

“You looked so much better before all that weird plastic surgery,” added another.

“Girl you got the works!! Teeth look good, I remember Sharee saying you fixed them mother f***** teeth and you did it,” added a third Instagram user.

“You don’t look like that housewife girl from years ago, I don’t even recognize you,” said a fourth person.

Leakes was quick to say she was using an app that made her look a little different.

“For some of the people asking… I’m on a beauty cam app. Yes, that’s my hair, yes, that’s my makeup… and I think sometimes when you add the light, like in daylight, it really makes you look brighter, so that’s who I am,” she explained in a video posted to their Instagram Stories. “I’m still a brown girl,” she added.

CONTINUE READING: Nene Leakes hit out after reports surfaced that she’s back together