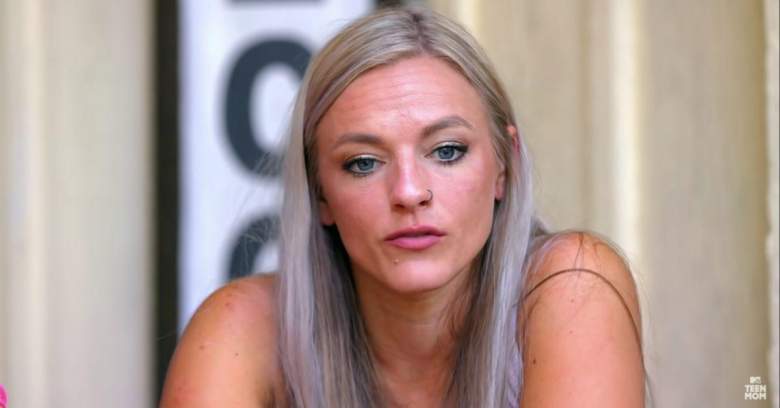 Fans suspected Teen Mom OG star Mackenzie McKee may have been released from her contract with MTV after she accused the network of lying to her. The star posted a series of messages on social media and briefly deleted her account.

McKee has a history of being tactless online.

She accused co-star Cheyenne Floyd of leaving her out of “Teen Mom Family Reunion,” after getting upset with Floyd for not saying “I love you” after McKee referred to Vice President Kamala Harris — the first woman and the first black woman to ascend the vice presidency — as a “colored” woman.

Before deleting her Instagram page, McKee claimed it was MTV who “lied” to her about the spin-off.

“My inbox is flooded with overwhelming messages and social media has been a tough one this week,” she wrote. “What people don’t understand is that I’m not hurt once, I’m not a part of anything. But what hurts is that MTV lied to me about it. And I had to find out through social media. This is 100% not the fault of the OGs and they had absolutely no say in it.”

McKee then took the blame for escalating the situation.

“If I could go back and do things differently, I would. I really tried [sic] It’s hard to fix my mistake and a certain someone never deserved to be brought into this mess by me,” she said, referring to Floyd. “Love me or hate me, none of us deserve to be lied to by creatives. This whole situation has been blown up for over a year now and I take the blame for how it all went down.”

“My intentions [sic] Where [sic] never for this to end the way it did,” the mother-of-three continued. “And I never thought that being the new girl would end up like this.”

“Learning to stop reading comments that were sent to me and responding to them or letting them affect my sanity has been a challenge,” she said.

“I was so frustrated that people were comparing mistakes,” the Oklahoma native continued. “But my final words are simply an apology to everyone involved in my mess. Because of me, and I didn’t want to cause harm or pain to anyone.”

Fans on Reddit took into account what McKee posted and wrote that the BodyByMac star was likely released from her contract with MTV following her social media rants.

Some people were unaware of McKee’s statements.

“I’m confused,” they said. “Is she referring to being fired (what idk if that’s true or not yet) or is she talking about not being invited to the reunion trip?”

“Sounds like she was canned and blamed on MTV? … Either way, every explanation she has always sounds like an apology to me,” a third social media user wrote. “Trying to fix it means you apologize and then try to learn from it, grow and change and then STFU about it.”

After the first episode of Teen Mom Family Reunion aired, some of the cast members took to social media to answer questions from fans. A popular question was whether all the cast of “Teen Mom OG” and “Teen Mom 2” were asked to shoot in San Diego.

According to Jade Cline and Floyd, all the mothers have received an offer.

“As far as I know, every mom has received an invite,” Cline wrote, per Teen Mom Chatter.

“Everyone was invited,” Floyd confirmed on her page.