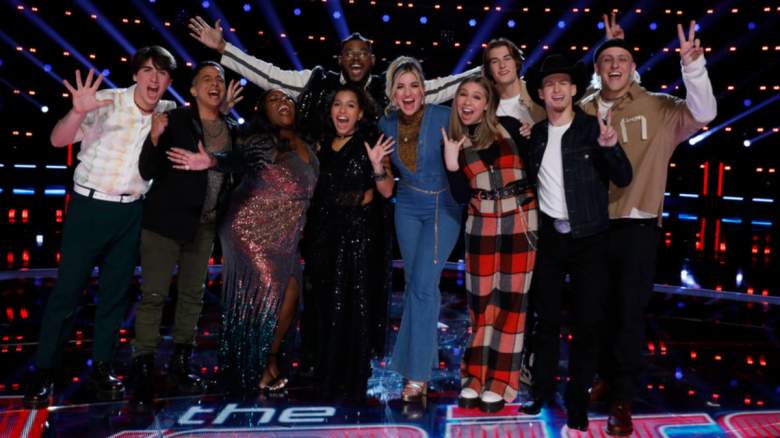 The Voice has changed the format of live shows multiple times in the past, from making sure every coach has an artist in the finals to going no-guarantee and back again. The show’s current season doesn’t seem to have any guarantees, leaving the teams very unequal in the semifinals.

Some fans aren’t happy with the changes, as they previously resulted in new favorite coach Ariana Grande not making an artist to the show’s finale. Now the same could happen with a new coach on the show.

The four artists in the instant save were all from Cabello and Stefani’s teams.

Some fans took to the Instagram comments to share their thoughts on the show’s tuning following Tuesday, November 22’s instant save.

“I don’t think I can go on watching. These results are horrific,” one person wrote.

“Kique and Devix should not be on the wildcard, America saves based on the coach, so unfair,” says another comment.

Other people find the fact that Team Blake contestants are still around while other artists aren’t “disgusting.”

“I’m sorry but the fact that Blake’s team’s Bryce Leatherwood and Brayden are still on this damn show and Devix and Kique were in that situation in the first place makes absolutely no damn sense. It’s disgusting to watch honestly,” read one comment.

In some previous seasons, the contestants making it through each week were based on the team they belonged to, and each round of voting eliminated contestants evenly across teams to ensure each coach had at least one artist in the finals of the season.

Some fans feel sorry for Cabello in season 22 as it is her first season and she already has only one artist.

“Can’t believe America votes for the coaches not the artists really 4 on Team Blake???” one person commented on an Instagram post.

Another comment on the post reads, “We love you Camila I’m not happy with the voice only country music no way adios.”

It’s not the first time fans have gotten angry at The Voice. After the season 21 finale, some fans vowed to boycott the show.

Here’s what The Voice teams currently look like as they head into next week’s live shows:

Here’s the schedule for the rest of the season:

“The Voice” airs Mondays and Tuesdays at 8 p.m. ET/PT on NBC and the next day on Peacock. The season finale is scheduled for Tuesday, December 13th.

‘Her Super Bowl moment’: Details of Prince William, Kate Middleton’s first US visit in 8 years, have been revealed

‘Her Super Bowl moment’: Details of Prince William, Kate Middleton’s first US visit in 8 years, have been revealed