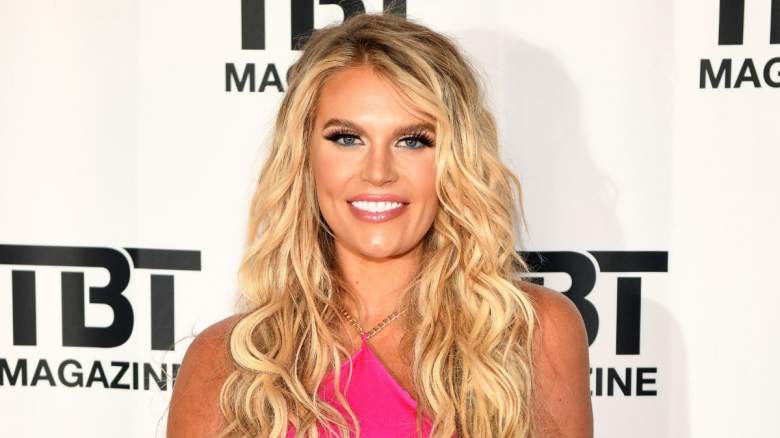 LeCroy shared some photos from her time at NYFW on Instagram, which she captioned “Honored to be a part of @kourtneykardash @boohoo fashion week”! The series of photos showed LeCroy posing at the event in a black Versace outfit and with her blonde hair loose and in soft waves.

The Bravo star then shared a photo of herself with her good friend Erica Cain Missel, who served as party planner on a few episodes of Southern Charm. Another photo showed LeCroy meeting up with Paige DeSorbo at the event, as well as Love Island Season 8 winner and fan favorite Davide Sanclimenti. LeCroy’s last shot on the series was a video of Kourtney Kardashian and Travis Barker doing the Boohoo show.

Fans had many reactions to LeCroy’s photos, with many saying they were too filtered and didn’t look like the “Southern Charm” star at all. She also received many comments about the resemblance she bore to Jessica Simpson. Someone wrote: “Totally too much filtered.” Another said: “Ugh. You used to be so naturally gorg.. what have you done to yourself now!?!”

In a Reddit thread on the subject, someone wrote, “Does anyone else HARDLY recognize Madison?!?!” Another person replied, “Oh my god I thought it was one of the Wirkus twins or Caroline Stanbury.” Someone else said: “She looks like a completely different person in photos than on screen. Face tune is her bestie.” Another wrote, “Is……that Madison? She looks unrecognizable.”

One person wrote: “No way that’s not her scream.” Another agreed: “Holy shit. I had no idea this was Madison. Legit didn’t even know it was her.” Someone else said, “Oh, I thought it was just a random chick.” One person wrote, “That doesn’t even look like her…I thought it was Jessica Simpson.” Indeed, LeCroy’s Instagram comments were filled with references to Jessica Simpson.

Shocked to see Sanclimenti in one of LeCroy’s photos, fans commented on the crossover. The Italian model appeared on season 8 of ‘Love Island’ in the UK, eventually winning the show with partner Ekin-Su Cülcüloğlu by landslide victory. The couple became fan favorites as some of their comments on the show became iconic lines for viewers.

After LeCroy posted a photo with Sanclimenti, fans wrote in the comments, “Omg not Davide!!!” with heart-eye emojis. Another said: “DAVIDE!!!!!” Someone said: “Davide-eeee,” while another added: “Omg Madison and Davide my two favourites.” Someone commented: “Omg a Love Island UK and Southern Charm crossover. I never thought I would see that.”