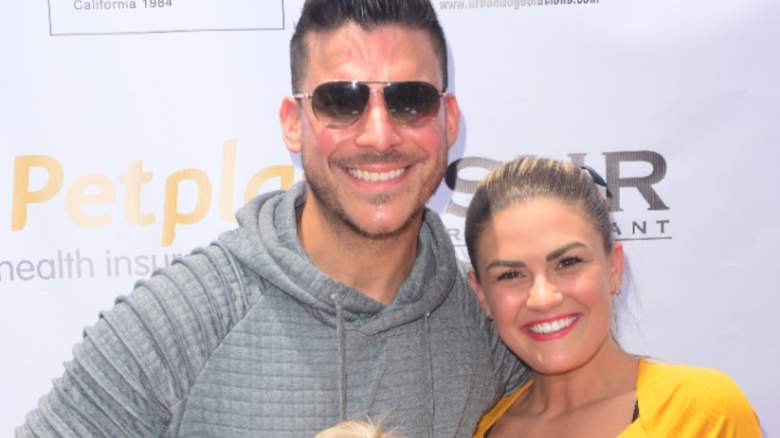 Jax Taylor and Brittany Cartwright are ready to move to Florida. The former ‘Vanderpump Rules’ stars will be relocating to Clearwater, according to Taylor, who revealed the news during a cameo shared on Reddit.

“We’re just trying to find some logistics, but we’re going to be moving to Clearwater, we can’t wait,” Taylor said in the cameo. He didn’t elaborate further on the upcoming move, nor did he give a timetable, although he did say the move would take place “soon”.

Taylor and Cartwright have a 1-year-old son named Cruz. They have spent a lot of time in Florida throughout their relationship and seem to like the beaches best.

Shortly after the cameo video was posted, the blocked_by_jaxx Instagram account shared that Taylor actually confirmed the move to Florida “on a lot of cameos.”

“This is also a PSA for all Florida residents. I plan to protect my grandma as soon as possible,” reads the caption of a post reporting the news.

It didn’t take long for a Reddit thread to take shape, and several people had something to say about Taylor and Cartwright’s upcoming move.

“Florida is about to get more Florida if that’s true,” one person commented on the thread.

“Wow her fall from grace will be so rewarding,” added another Redditor.

“I’ll believe it when I see it. Jax is all talk,” read a third comment.

“There’s no more fitting place for these two,” said a fourth Reddit user.

“Jax is Florida Man now, how fitting lol,” wrote another.

So far in 2022, the Cauchi family visited Disney World in Orlando in January, taking Cruz to the happiest place on earth for the first time. Heavy got some exclusive details about the trip from Taylor’s friend – and Disney travel agent – Maria Lucido Kirnberger.

“The look on Jax & Brittany’s face when Cruz first laid eyes on Mickey was priceless! It was a pleasure for our agency to plan this magical trip for this beauty [and] humble family and we look forward to their future visits to Walt Disney World Resort,” said Kirnberger.

A move to Clearwater is about a 90-minute drive from Disney World, so they’ll no doubt be returning to take Cruz on various trips as he gets older.

Three months after their stay in Orlando, the Cauchis were back in the Sunshine State. This time they were in St. Pete Beach for a wedding. While in town, they enjoyed some beach time with their son.

On April 2, 2022, Taylor shared an update about his time in Florida. Taking to Instagram to share a photo, he added the caption, “Florida wedding and maybe a little househunting.” However, he quickly deleted the second half of the caption.