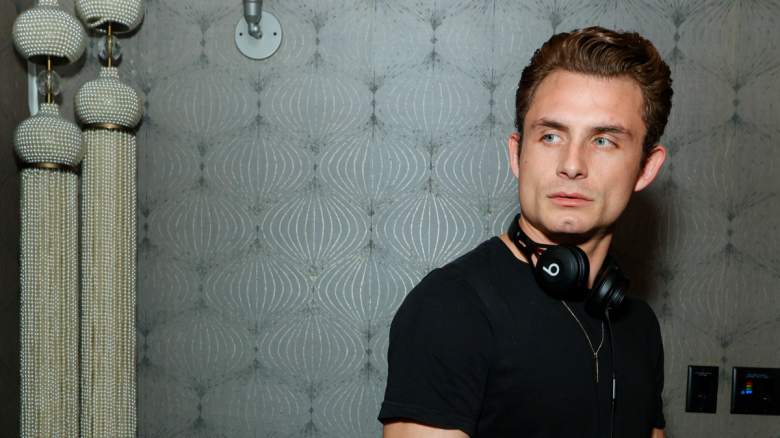 Fans of ‘Vanderpump Rules’ star James Kennedy reacted to a flashback photo of him from his high school yearbook.

On May 12, 2022, a genealogist on Instagram, myfamilygenie, posted Kennedy’s picture, which included his real name and a quote from his senior yearbook.

“With the announcement of VPR’s return, it felt like a good time to share this yearbook photo, which is now one of my favorites. @itsjameskennedy Graduates of 2011. Excited for the new season?” reads the caption.

The photo of Kennedy, credited as “James Georgiou,” also includes a quote that reads “Jams Knndy, untill deaf do me part.”

Fans used the comments to share their thoughts on the reveal.

“Uncut Jams is enjoying a resurgence,” wrote another.

“This is incredible,” said one fan.

“There’s something psychotic about his eyes,” one fan wrote. “Then and now. Just a pure psycho. I’ve never known anyone with such an angry temper as he shows.”

“Holy shit! This is the best so far! This quote is everything!” someone wrote.

“He scares me,” commented one fan.

“I don’t understand… is he illiterate?” someone said, referring to the spelling mistakes in the quote.

“He looked stupid back then, too,” someone said.

Kennedy was spotted “belligerent” despite being sober for two years, according to a source speaking to In Touch Weekly.

The source told the outlet that Kennedy was “super drunk” while hosting a party at Pool After Dark at Harrah’s in Atlantic City, New Jersey on May 2.

“[Kennedy] ran in and out of the venue multiple times when he couldn’t get his way – management had to catch up with him. He drank and didn’t care how he acted,” the source told the outlet. “At one point he was yelling for security because he was upset that there weren’t enough security around him, and at another point he was yelling for a water. But according to one of the staff, he had a bottle of Tito’s and a bottle of champagne at the DJ booth. I saw him drinking champagne but I saw that they gave him individual drinks at different times but he didn’t drink them at that moment.

According to his rep who spoke to the outlet, Kennedy was walking around about a “miscommunication with the management team regarding his DJ gear.”

On July 6, 2022, Kennedy celebrated two years of sobriety and posted a photo to commemorate it.

“I AM 2 YEARS SOBER TODAY,” he wrote on Instagram. “Thank you to everyone who has supported me and my journey so far. To many more years of alcohol-free #forlife (for anyone struggling, trust me, the light in the end is brighter than anything I could have imagined. and if I can, so can you).”